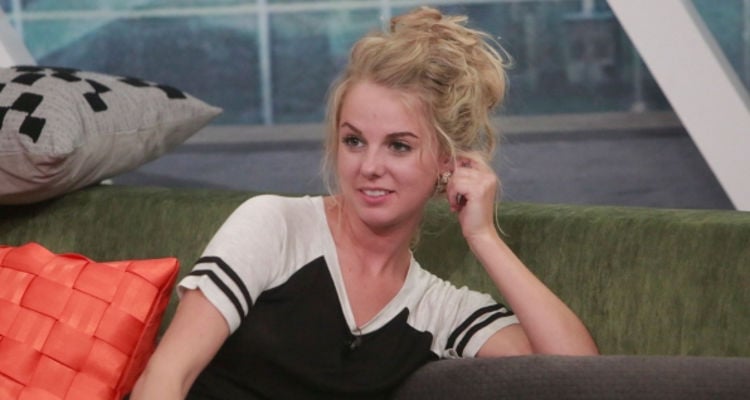 That’s right—Nicole Franzel wins Big Brother season 18! It came as no surprise to anyone since she was favored and had more friends on the jury and Paul and James were both floaters, and Nicole played the game well. She had the best strategy and in the end she came out on top of everyone else. After all the lying, scheming, and betrayals, this season of Big Brother has finally chosen its winner and the Internet has undoubtedly gone wild. Some viewers couldn’t be happier for Nicole; others may want a recount.

Should #BBNicole team up with the showmance or the bromance? #BB18

It was the finale we had all been waiting for and after 99 days, 40 competitions and 15 evictions, fans can finally rest easily now that their summer guilty pleasure has come to a close. Now Nicole gets to walk away with half a million dollars!

Paul was the second-best in the game overall, and there’s a reason Mike called him a slayer: it’s because he slays competitions! Unfortunately, Nicole beat him to the chase this time. Someone better call Buffy, and let her know that there is a new slayer in town. Many have their own opinions based on who the winner should have been, but many can agree that Nicole and James’ social game was more based on romances that allowed them to last as long as they did in the house.

James didn’t really have his heart in the game until his girlfriend got voted out, while Nicole played behind the scenes and tried to switch her strategy from the last time she was on the show. Both were fan favorites but that helped only one of them this time. It was all tears and bad blood when Nicole’s name was announced.  As we all know, Paul is the better speaker and if there’s one thing that worked in his favor, it would be his amazing speech. However, it was Nicole’s turn to shine. Paul had Viktor and Nicole had Corey, and the jury was divided personally, but in the end it all worked in Nicole’s favor. Maybe she will share some of her new-found wealth with  James?

Tonight’s Big Brother season finale was a total blindside in some respects but it all worked out the way it was supposed to and let’s face it, the producers are happy either way as long as the ratings are steady. And what can bring in more ratings than live TV drama? We can only imagine what Big Brother season 19 has in store and who knows, you may see a familiar face, or more.