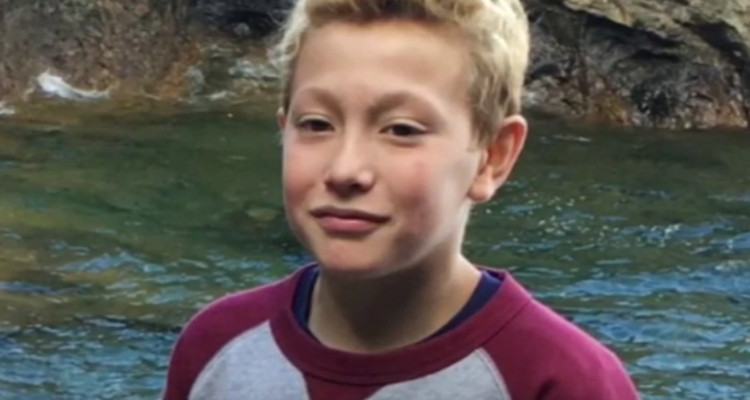 She played what she thought was a harmless prank with 11-year-old Tysen Bentz, making him believe she killed herself. The boy reacted to the news by hanging himself. Now, criminal charges have been placed on the 13-year-old girl.

It was a prank that went horribly wrong. A 13-year-old girl decided to fake her own death, and used her friends and social media to make Tysen Benz believe that she died. But this prank took a horribly tragic turn, when the 11-year-old was so distraught from the news, that he hung himself. Who was Tysen Benz’ girlfriend? We will tell you about her and the Tysen Benz social media prank that tragically claimed a young, promising life.

The Prank That Went too Far

Guys this is Tysen he was 11 years old he was dating a 13-year-old he loved to play soccer hockey and other sports he was the happiest kid you could ever know. On March 14 his girlfriend thought it be funny to prank him by saying she committed suicide she went on her friends Snapchats and said that she killed her self he was so innocent and loving that he fell for it after dinner on March 14th he went upstairs to his room his mom came upstairs to tuck in her three children she found his door locked she went to get the master key and open the door she couldn't find him anywhere thinking he was hiding playing a joke she found him in the closet hanging he was revived and was in the hospital for 3 weeks before dying. the girl is now facing charges and her friends that helped her facing charges to they are going to try her as an adult so she could get a death penalty a lot of people don't think that she deserves a death penalty but i think this is the best punishment #tysenbenz

Tysen Benz girlfriend’s name is not known, as she is still a minor. The only thing known about her is that she is 13 and was involved with Benz. A friend of the two named Avery Mitchell said that the girl plotted her fake death news because she wanted to see if Benz “really loved her and he took it the wrong way.” Mitchell added, “She didn’t mean to hurt him [because] they loved each other.” Benz’ mother, Katrina Goss was uneasy about the two “dating,” as she felt her son was too young to be getting involved with girls. “I truly don’t know what the point of this prank was. I don’t even know how that’s supposed to be funny, especially if she cared about him at all,” she said.

Tysen Benz, 11, of Marquette, Michigan passed away on April 4, 2017 after a suicide attempt last month, following a social media prank. Tysen died in Ann Arbor on Tuesday after being on life support since March 14th. Tysen's mother believes that Tysen made the attempt after being victimized online through a social media prank. She is urging parents to talk to their kids about the dangers of social media. Here is her full statement, via TV6: "My son Tysen Benz was an 11 year old student, athlete, comedian, friend, brother, charismatic and all around amazing child. On Tuesday, March 14th he impulsively chose to end his own life as a result of a horrific act of a social media prank which is under investigation by authorities. He clung on with the help of life support until Tuesday, April 4th. He has now been set free and can Rest In Peace. He was loved by everyone he knew and he will absolutely never be forgotten. Our family is completely heartbroken. I urge families to speak out, reach out and communicate with your children about life's precious gift and the dangers of the internet and texting and how telecommunications can have the same effects as speaking face to face. I want Tysen to be remembered as he was and all the joy he's brought to everyone. Keep his spirit alive by standing strong & fighting against social media bullying!!" Details about the prank are not available as it remains under investigation by Marquette Police. Our deepest sympathies are with Tysen's mother and loved ones. Be at peace Tysen… ? Resources: Crisis Text Line, text 741-741… National Suicide Prevention Lifeline 1-800-273-8255… ? #tysenbenz #riptysen #stopbullying #endbullying #stopsocialmediabullying #bullying #suicideprevention #suicideawareness #instamemorials #gonebutnotforgotten #gonebutneverforgotten #restinpeace #restinparadise #onlinebullying #antibullying #NoMoreBullying

Goss says that her son’s 13-year-old girlfriend is “solely responsible” for her son’s suicide. Tysen Benz’s cause of death was a result of him hanging himself in his bedroom on March 14, 2017. He died later in an Ann Arbor, Michigan hospital from his injuries. Goss spoke about the hoax leading to her son’s death saying, “He was the happiest, most joyous child until he met her. She was mean to him, controlled him, and took advantage of him, even after I repeatedly told her to leave him alone.”

Marquette County Prosecuting Attorney Matt Wiese said that he “didn’t disagree” with Goss’ allegations and confirmed that the girl had texted Benz about her suicide hours before the boy took his own life. The girl is being charged with malicious use of telecommunication services and the use of a computer to commit a crime. The girl could be sentenced to a juvenile detention center, with a sentence of six months for the first charge and up to a year for the second, as per Michigan state laws.

An 11-year-old boy attempted suicide and is now dead because of a "cruel social media prank." Story coming to you within the next hour. Stay tuned. #journalistatwork #karlnelson #newsmax #newyork #michigan #tysenbenz

Katrina Goss says that after seeing the fake death posts on social media, Benz himself contacted the girl’s friends indicating suicidal thoughts. She cannot understand how this could have happened to her son, and why none of the other kids thought to tell him it was not real. Goss says that she is “utterly devastated, and we will never get over it.”

The Destructive Power of Social Media

It is not known what will happen to Tysen Benz’s girlfriend, but his tragic death will hopefully shed some light on the destructive power of social media. An ill-intentioned prank turned tragic with a young boy killing himself.