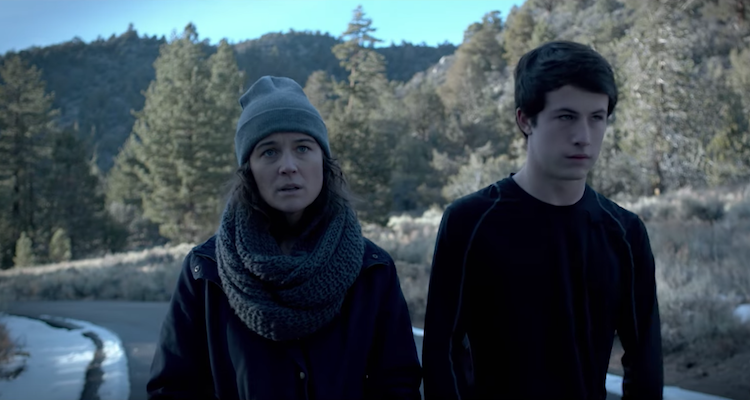 After the success of Get Out, suspenseful horror movies with questionable endings are all the rage. Netflix jumped on the bandwagon with their latest original film, The Open House. Released this past Friday, The Open House has an ending that has many viewers scratching their heads. Who was the killer? What actually happened at the end of The Open House? If you are one of those people who haven’t quite figured it out, don’t worry, we’re here to help! By the end of this article, we shall have The Open House ending explained. Be prepared, the ending might not be exactly what you thought it was. Be warned: This article is filled with spoilers!

A General Look at The Open House

With The Open House, you are transported from one odd situation to another with the main conceit of the film being the idea that open houses are weird. Think about it; you open your doors for pretty much anyone to come in and wander through the place that you’re living in. This is also usually done while you aren’t even there.

We have to admit, the film has a little bit of a point. You have an open house and you come back when it’s over. You don’t know who’s been there, what they may have touched, what they may have taken. Realistically, until you go inside, can you be sure that everyone left?

The Open House movie takes that idea and then kicks it up a few notches. The people staying at the house, Naomi and her son Logan, are there due to the death of Logan’s dad. They are given a home to live in, but have to leave for periods of time for open houses.

Now, the house is scary looking, the neighbors are weird, and odd things begin happening in the house. Finally, we are introduced to an unidentifiable man who kills Logan, and presumably Naomi, and then leaves to go to another open house!

Who Was the Killer in The Open House?

The biggest question the film leaves you with is: Who was the murderer in The Open House? Was it the neighbor’s husband? Was it Logan’s father? Was it the plumber?

The answer is a complete mystery and viewers are up in arms over the lack of answers! We scoured the Internet because, when we watched it, we were sure it had to be someone that we previously saw in the film! Most of The Open House reviews all end with the point that we have no idea who the killer is, and as such, most of the film’s reviews are pretty negative. For many, any of the choices we listed above would have been better than what they got!

The entire film is built with clues and suspects, left and right. But at the end of the day, none of the clues meant anything! The killer is just some random dude and may be headed to another open house for a sequel that may or may not ever happen.