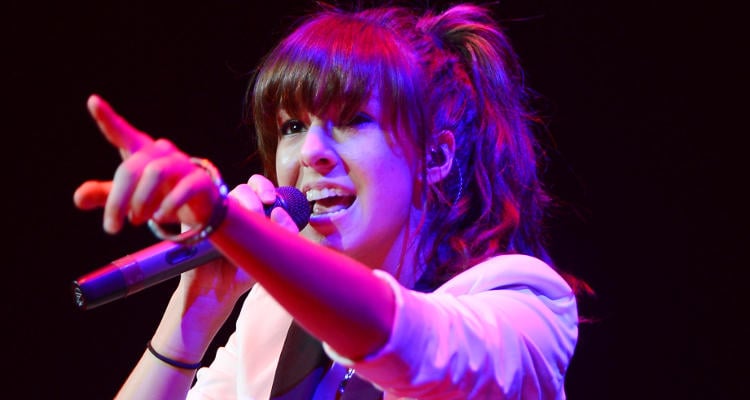 Her tragic death ended a short but eventful career. The first question that comes to many minds when hearing about Grimmie’s passing, is naturally, “How did Christina Grimmie die?” Grimmie died of fatal gunshot wounds on June 10, 2016, on the night of the Orlando shooting. Grimmie had just finished her performance along with the band, Before You Exit at The Plaza Live in Orlando, Florida. She was busy signing autographs, when a lone gunman approached and shot her four times. Grimmie’s brother tackled the gunman, but he broke free and turned the gun on himself, and took his own life. Later, police investigations revealed that the 27-year-old gunman named Kevin James Loibl had planned to kill her. Though Grimmie did not know Loibl personally, Loibl was ‘unrealistically infatuated’ with her. His obsession with her led to his attempts to make himself more attractive to Grimmie, by losing weight and undergoing hair and eye surgery.

Some of her fans were speechless with shock and grief, repeatedly asking, “Did Christina Grimmie die?” Yes, she did at the young age of 22. Grimmie was 15 years old when she started posting videos of herself singing on her YouTube channel. Initially, she sang cover versions of songs sung by other established artists like Miley Cyrus. She became famous after The Voice, and was invited to sing on Selena Gomez’s, We Own The Night Tour. In June 2011, Grimmie released an EP titled Find Me from which her single, “Advice” received significant airplay. In January 2012, Grimmie moved to Los Angeles to pursue a professional music career. Again, she went on a tour with Gomez, this time, the Stars Dance Tour.

In August 2013, Grimmie released her second album, With Love which contained her single, “Tell My Mama.” She shot a video for it and things started really started to progress for Grimmie. In 2014, she entered the reality music show, The Voice (season 6) where she opened up with a performance of Miley Cyrus’, “Wrecking Ball.” She turned the chairs of all four coaches, and they each invited her to join their team, but she opted for Adam Levine. She gave one great performance after another in the show and finished in 3rd place. At this point, Grimmie was known all over the USA and people became her fans.

Soon, Grimmie was working on a new album and she released two songs from it called, “Cliche” and “Stay With Me.” In February 2016, Grimmie released her EP titled, Side A which contained four songs. She also announced that she was soon going to record, Side B. Her career was just taking off when she was killed, and it’s tragic fans will never hear her beautiful voice again. Some of her songs like, “The Ballad of Jessica Blue” and “Snow White” were released posthumously. She won several awards in 2016, which were also given to her posthumously.

Her talent had impressed one and all. Usher had called her a ‘baby Celine Dion’ while Shakira called her voice ‘out of this world.’ Unfortunately, she was taken too soon, and fans will never forget her powerful vocals and her beautiful soul. Artists and admirers held services for Grimmie after her death and signed petitions to outlaw guns. Her fans were devastated and were inconsolable. Billy Joel once sang, “Only the good die young.” It’s certainly true in this case.

If you want to read more on The Voice season 11, just click below

Watch The Voice Season 11 Premiere Online – It’s Only a Few Weeks Away!