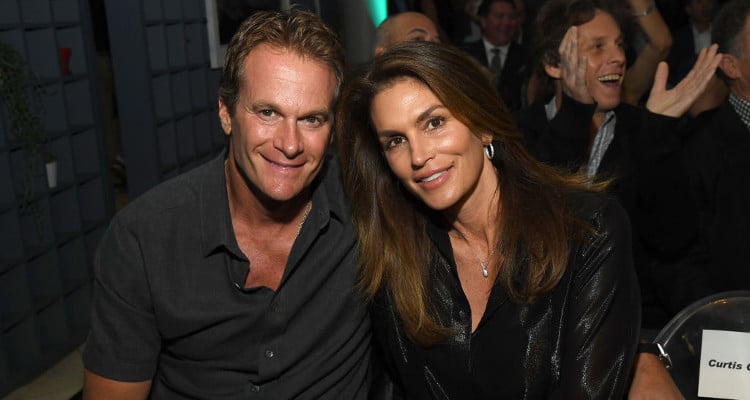 Who knew George Clooney had a tequila company worth $1.0 billion? Sure, that handsome face is worth a trillion, but how has the world’s biggest celeb been operating such a lucrative business under our noses? Clooney and his partner, Rande Gerber, sold their company, Casamigos Tequila for $1.0 billion. And the price isn’t getting as much attention as the fact that Clooney is attached to the business. Just how far back do Rande Gerber and George Clooney go? Find out everything there is to know about him right here including Rande Gerber’s net worth.

Rande, the son of Jordan Gerber and Ellen Peckman, is from Long Island and has two brothers, Scott and Kenny. The model-turned-businessman graduated from the University of Arizona with a degree in marketing and worked as a model for several years. When he shifted his focus to business, he became one of the biggest players in the nightlife industry with a chain of bars and lounges called, Midnight Oil. Alongside his brothers, he founded the Gerber Group.

He also has a signature cocktail line served in Delta airlines. As an entrepreneur, he owns bars and restaurants all over the world. As we learned recently, he’s got more businesses besides restaurant chains. Gerber’s business successes have earned him a net worth of $300.0 million.

Some things never change, just the number. Happy Birthday to my girl.

#2. His Family is Full of Models

Gerber was a stud in his youth and made an attractive model. And he’s married to a model too! A supermodel in fact. He’s married to Cindy Crawford, now a fashion icon and entrepreneur.

The couple have two children: Presley, 17, and Kaia, 15. The kids are now following their mother’s footsteps by modeling. People especially can’t get enough of Kaia who is a dead-ringer of Cindy.

Gerber loves posting throwback pictures on Instagram of his family. The 55-year-old recently posted a picture of his wife from their wedding and we can’t decide who looks better. Probably Cindy because she hasn’t aged at all.

I knew when we ended up in the pool at our wedding…Happy Anniversary @cindycrawford.

#3. How He Started a Tequila Business

George Clooney and the Gerber family were building their vacation homes side-by-side in Cabo San Lucas and spent a lot of time together. Gerber and Clooney are close friends who shared a love for tequila. They drank so much that Clooney suggested they make their own.

So they found a distiller in Jalisco, Mexico and created their own perfect tequila that was so smooth, they could drink it the way they loved it —neat. They called it Casamigos, which means “House of Friends,” named after the property in Mexico that Gerber and Clooney share.

But it was an exclusive drink meant for their family and friends and not for commercial sale. As it happened, the duo were forced to start the company. They had spent two years developing in and then two years drinking it until they were told they had been drinking close to 1,000 bottles of Casamigos a year.

Gerber recalled, “But then the distiller called and said, ‘Hey guys, we have a little problem: In the past two years, we’ve been sending you about a thousand bottles a year. Either you’re selling it or you’re drinking way too much —either way, we can’t keep calling it samples. You guys have to get licensed and do this right.'”

Figuring they had no choice if they wanted to keep drinking it, Clooney and Gerber went public with Casamigos in 2013. It turned into a burgeoning business and was known as the celebrity tequila. But somehow, we only learned now that Amal Clooney’s actor husband and his partners have sold Casamigos to European beverage company Diageo for $1.0 billion.

“The transaction values Casamigos at up to $1.0 billion, with initial consideration set at $700.0 million and a further potential $300.0 million based on a performance linked earn-out over 10 years, reflecting the brand’s exceptional growth trajectory and upside potential,” reads the press release by Diageo.

Celebrating our Birthdays @casamigos style. Thanks for the cool cake Amal. #houseoffriends