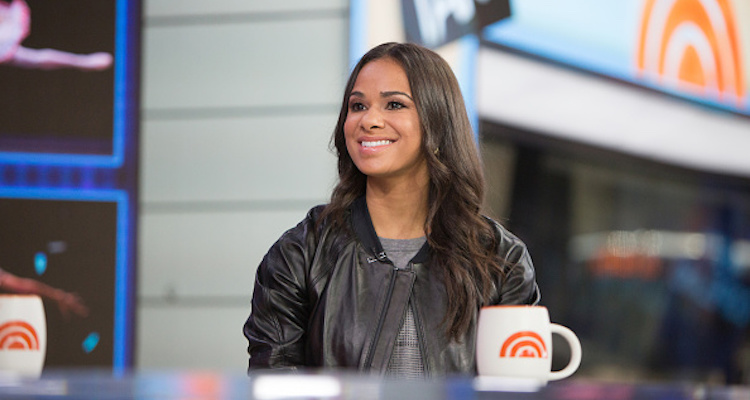 On July 31, 2017, the Kansas City Friends of Alvin Ailey and Rainy Day Books will exhibit “A Conversation with Misty Copeland” at Unity Temple on the Plaza. Misty Copeland will discuss her latest book, Ballerina Body: Dancing and Eating Your Way to A Leaner, Stronger and More Graceful You. Who is Misty Copeland? Take a look at our Misty Copeland wiki for everything you need to know.

Born on September 10, 1982, Misty Copeland’s age is 34. She was born in Kansas City, Missouri, but was raised in the San Pedro community of Los Angeles. Misty Copeland’s parents are Doug Copeland and Sylvia DelaCerna, a former Kansas City Chief’s cheerleader.

From a very young age, Copeland had a passion for dance, though not necessarily ballet. She did not start learning ballet until the age of 13, when attended the classes at San Pedro Dance Center. She studied for three months and was en pointe. Because Copeland’s family life was troubled, her mother and teacher, Cynthia Bradley, agreed that Copeland should move into Bradley’s house to continue her training.

A Ballerina in the Making

#Repost @egaldance ・・・ “I’ve never been afraid of big moments. I get butterflies… I get nervous and anxious, but I think those are all good signs that I’m ready for the moment.” ~ Stephen Curry @stephencurry30 @mistyonpointe in the 3/4 Sleeve Crop Top (link in bio) pc: @henryleutwyler #ballet #egaldance #egalxbalance #egalxmistycopeland

Copeland continued her training and showed a lot of potential in becoming a successful ballerina. In fact, she was the lead in Debbie Allen’s production of The Chocolate Nutcracker. After completing an intensive summer program at San Francisco Ballet, Copeland’s mother asked her to come back home, something the ballerina did not want, as she believe her mother would prevent her from dancing. It was only after Copeland filed emancipation papers and the Bradleys fought for custody of the young dancer that Copeland’s mother agreed to let her daughter dance, allowing her to have custody of her daughter.

By then, Copeland was working on making her dreams come true. So in 1999, she signed up for a summer program at the American Ballet Theatre. In September 2000, she joined the ABT studio company and the following year, Copeland became their newest Corps de ballet member.

However, the journey to become a dancer has not been easy. Along the way, Copeland suffered several injuries. At the start of her ABT career, she had a vertebral fracture, resulting in her taking time off of dance and wearing a brace. A few years later, she had to take another break from dancing to get heal from a lumbar stress fracture to her left shin.

Who Is Misty Copeland Married To?

#Repost @egaldance ・・・ "The one thing that you have that nobody else has is you. Your voice, your mind, your story, your vision. So write and draw and build and play and dance and live as only you can." ~ Neil Gaiman @neilhimself @mistyonpointe in the Wrap Front Leo (link in bio) ?: @daniellelevitt #ballet #egaldance #egalxbalance #egalxmistycopeland

Copeland was introduced to Olu Evans by his cousin, Taye Diggs, in 2006 at a nightclub in New York City. The couple dated for almost a decade before walking down the aisle on July 31, 2016, in Laguna Beach, California. Talking about their relationship and her husband, Copeland said, “I always said, ‘No man is coming in and taking me away from ballet.’ And that was so important to me that the person I ended up with was going to support me in every way, because my career is so important to me. And I knew immediately when he wasn’t afraid of hearing or seeing me so damaged – and that he wanted to help because he cared about me as a person.”

Olu Evans is an attorney, but it is not known if he is still a practicing one. He attended Emory University law school and it was reported last year that runs a dance-wear business called, Muse Dancewear. Olu Evans and Misty Copeland do not have any kids.

She is the first African-American soloist for ABT. In 1997, she won the Los Angeles Music Center Spotlight Award for being the best dancer in Southern California. In 2007, she became a soloist, and in 2014, Copeland had the starring role as Swanilda in Coppelia at the Metropolitan Opera House. She also played the dual role of Odette and Odile in Swan Lake in Brisbane, Australia. She is a principal dancer for ABT and is the author of Life in Motion.