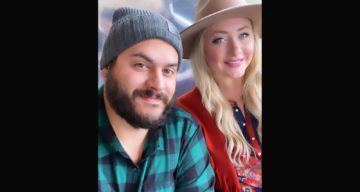 Brittany Picolo-Ramos may be the real star of HGTV’s new show, Selling the Big Easy. However, her new fans are eager to know more about her family, especially her husband, Marco Ramos. As the co-founder and broker of Godwyn & Stone, he has a significant presence on the show, too. Thanks to him, their company has expanded and grown exponentially within a year. We turn the spotlight on Brittany Picolo-Ramos’ husband for those who are asking who Marco Ramos is.

Marco Ramos was born on November 25, 1985 and is a native of New Orleans, Louisiana. His familiarity with the historic city makes him a successful broker for people looking to buy properties there.

Both Marco Ramos and Brittany Picolo-Ramos worked at Re/Max. The Picolo-Ramos team consistently recorded the highest sales at the company, which paved the way for the couple to branch out into their own business.

Ramos was eligible to take the brokerage exam, and passed it on his first try. They set up Godwyn & Stone in 2019, and also hired Brittany’s brother, Joel Picolo, as a realtor.

Ramos is the managing broker and co-owner alongside Picolo-Ramos, who is a realtor. They have a team that’s also bringing in millions in sales under their leadership.

Marco Ramos and Brittany Picolo-Ramos are born-and-raised New Orleanians who grew up in the same neighborhood and ran in the same social circles. However, they didn’t meet until a local Fourth of July celebration in 2005.

They were engaged within three months of dating, and tied the knot on August 5, 2006. Marco was 20 then, while Brittany was 22.

Marco and Brittany are parents to one daughter, Sophiana Ramos. She often features on her parents’ social media profiles.

In September, Sophiana was receiving well-wishes for a quick recovery from a surgery she underwent. According to her parents’ posts, she had surgery for “a tumor in her ear canal and mastoid, called cholesteatoma, that was aggressive and rapidly growing.”

The tumor had dissolved Sophiana’s hearing bones and had to be removed surgically along with her ear canal wall. The surgeon also had to reconstruct her damaged ear drum.

Post-surgery, Sophiana returned home with her parents. From her parents’ posts, it appears that she is recovering well.