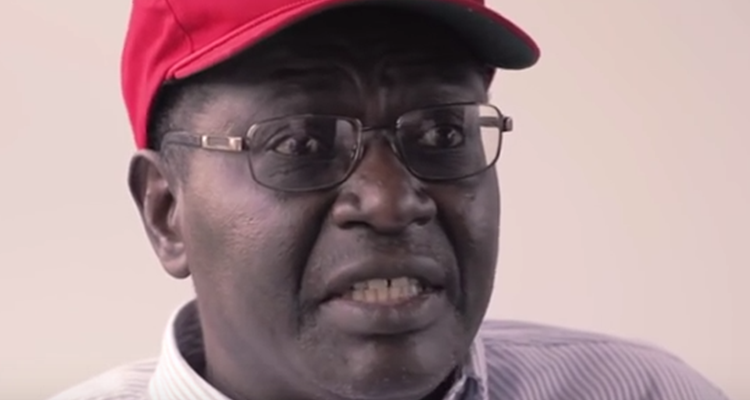 It comes as a surprise that Malik Obama is supporting Donald Trump to be the next president of the United States. Malik is President Obama’s Kenyan half-brother, who feels that his brother’s administration has been deeply disappointing, and he want’s to help Trump “make America great again.” According to sources, Malik Obama is all set to support Donald Trump during the third presidential debate on Wednesday.

The fight to be the next president of the United States continues. With that being said, the third, and final presidential debate between Hillary Clinton and Donald Trump will take place tonight (Wednesday, October 19.) It has been reported that Malik Obama will be attending tonight’s debate as Trump’s guest. If you are wondering, “Who is Malik Obama?” or “Is Malik Obama a U.S. citizen?” then worry not, because we’ve got the answers you need and we will provide you with all the details you should know about Barack Obama’s half-brother, Malik.

This will be the last debate between the two presidential candidates, and it will help put things in perspective for voters. This time, the debate will be held at the University of Nevada in Las Vegas. Malik Obama stated that he is “excited” to attend the debate as Trump’s guest.

Back in July, President Obama’s half-brother had announced that he supports Trump, and will be voting for him to be the next president of the United States. When asked why he supports Trump, Malik said, “I like Donald Trump because he speaks from the heart. ‘Make America Great Again’ is a great slogan. I would like to meet him.” Malik Obama has always supported and voted for Democrats. So, what caused this sudden change? Maybe more details about Malik Obama would help get us an answer, so read on!

Malik Obama was born in 1958, in Nairobi, Kenya. He is also known as Abongo, or Roy, and is the son of Barack Obama Sr. and his first wife, Kezia Aoko. Malik Obama has a degree in Accounting from the University of Nairobi. Initially, the relationship between the two half-brothers was a pretty good one, even though they were estranged for decades.

The two actually met each other for the first time in 1985, when Barack Obama flew down from Chicago to Washington D.C. to visit his half-brother. Since then, they became so close that Obama chose his half-brother to be his best man at his wedding to Michelle!

Malik Obama Is a Kenyan Citizen by Birth, but He Is Registered to Vote in Maryland

Malik Obama’s citizenship is a concern for many people. Although he was born in Kenya, he also has U.S. citizenship. He stays in the Obama’s ancestral home, in the small village of Nyang’oma Kogelo, Kenya, where he has a small electronics shop. He frequently visits the United States and is also a consultant in Washington D.C.

Malik Obama Has been Married at Least Three Times, and His Third Wife Is Believed to Be a Teenager

Not much has been disclosed about Malik Obama’s personal life. While some sources claim that he was married three times, others argue that he has had as many as 12 wives! In fact, his third wife is believed to still be a teenager. When questioned about his married life, Malik Obama declined to comment, and said that it’s personal. He is bothered by the Democratic Party’s stance on gay marriage, which is also why he’s casting his vote for Trump. According to the New York Post, Malik said, “I feel like a Republican now because they don’t stand for same-sex marriage, and that appeals to me.”

With his unclear background, many people are wondering whether or not Malik Obama is Muslim. Even Barack Obama’s identity was under question when he was running for office. Muslim or not, Malik Obama is all set to vote for Trump in the presidential election on November 8, 2016.

Brothers against Each Other

Once upon a time, Malik and Barack Obama were very close. Everything changed, as the older half-brother began to question Barack Obama’s presidency, resulting in a long list of complaints against the current U.S. president. The issues further arose when Malik Obama became outraged when Hillary Clinton was not prosecuted for her use of private servers, while she was Secretary of State.

Malik Obama blames his half-brother and Clinton for the death of Libyan leader, Muammar Gaddafi. Gaddafi was, apparently, a close friend of Malik Obama. He is also furious at the Democrat party’s support of same-sex marriage. The list does not end there, which is why it comes as no surprise that Malik Obama and Donald Trump have become good friends—politically, at least.