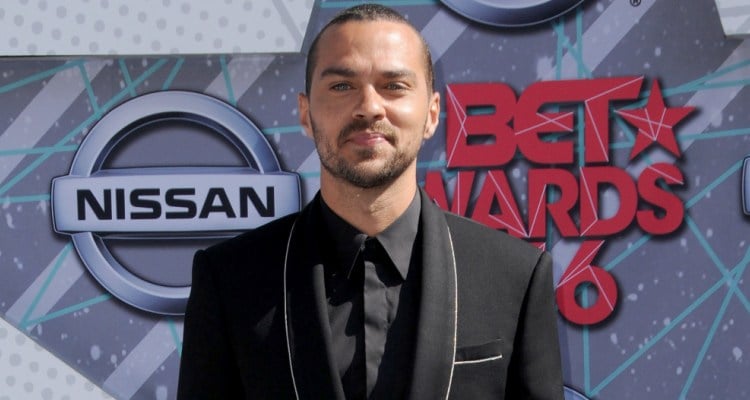 At last night’s BET Awards, Jesse Williams may have made award show history with his powerful speech about the current state of race relations in the United States following his winning the Humanitarian Award. While his impassioned words hopefully brought a lot of attention to his cause, it also inadvertently put him in the spotlight. This has caused an increase in searches of terms such as, “Jesse Williams parents” and “Jesse Williams wife” as people look for more info on the actor; his spouse, Aryn Drake-Lee; his career; and what, exactly, he won the BET Humanitarian Award for. So, who is Jesse Williams? Here are four facts about the star and his life.

Just who is Jesse Williams? For those unaware, he is an American actor and, as noted by his award, an activist. He is currently 34 years old, having been born in August of 1981. If you searched “Jesse Williams’ parents” or “Who are Jesse Williams’ parents?” here’s the info you wanted: he was born to a Swedish mother and African-American/Seminole father. He graduated from Temple University with a double major in African American Studies and Film and Media Arts, which explains his passion for both activism and acting; however, he did not get into the latter until 2005. Prior to that, he was both a model and a teacher, among other jobs.

His Resume Is Actually Quite Short

Given that he didn’t get into acting until rather recently, Jesse Williams’s resume doesn’t have the most extensive list of filmographies, however it does include eight films, seven TV series, and two music videos. Of course, an actor only needs one role to be a star, and he has one: recurring character Dr. Jackson Avery in season six of Grey’s Anatomy. He became a full-time cast member from season seven onwards (it’s currently on season 13). His most recent role outside of Grey’s Anatomy is playing the character of Sean in the 2016 film Money, which is currently in post-production.

Williams was awarded the Humanitarian Award at last night’s 2016 BET Awards  for his heavy involvement, promotion, and creation of awareness for the Black Lives Matter movement, which seeks to end violence towards African-Americans, particularly by police, as well as address racial profiling and other issues in the criminal justice system. Williams first came to attention for his efforts to address race when he wrote an article for CNN regarding the 2012 film Django Unchained.

His Wife Is a Non-Celebrity