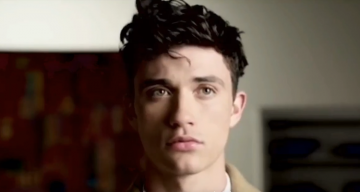 With “My My My!,” Troye Sivan started to make himself a bit of a household name. But did you know that this young man is taken? Troye Sivan and Jacob Bixenman have been a couple for a few years now. But what do we know about Troye Sivan’s boyfriend? We took a good look at everything from Jacob Bixenman’s age to where you can find him on social media. If you’ve been wondering about Bixenman and how he ended up in this cute couple, we have a few answers for you.

Jacob Bixenman was born on May 27, 1994, in Orange County, California. Much of his personal life is very quiet, but we know that his parents divorced when he was very young, and Bixenman went to live with his mother. When he finished high school, he went to the University of Southern California to study English.

“I am a huge music fan. I’m not a musician or anything in any way, but I like music. Writing is my thing, but in general, I think just being creatively curious. I like to work with a bunch of different things. I work with film and photos and writing and modeling.”

Despite his 6’2″ frame and incredibly good looks, Bixenman began modeling almost by accident. He entered the VMan modeling competition and signed with Ford Models, who handled the careers of many different famous people like Jerry Hall, Courtney Cox, Paris Hilton, and Lana Del Rey. Since then, he worked on shows at prestigious events like New York Fashion Week. Vman listed Bixenman as one of the “6 New Models to Watch Out for at NYFW Men’s Spring 2017.”

While it’s unknown when exactly they couple got together, Troye Sivan and Jacob Bixenman have been dating since 2016. They were first spotted in public that August while kissing at a bookstore in Perth, Australia. They’ve been together ever since, both in public and at work, as Bixenman appeared in Sivan’s music video for “Heaven,” where the couple got a little bit steamy!

Sivan and Bixenman aren’t afraid to be goofy on social media—especially Jacob Bixenman’s Instagram. His Instagram has approximately 239k followers. Jacob Bixenman’s pics on social media include tons of modeling shots, candid photos of him and Sivan, as well as photos some of his friends. He also uses it to show off his photography skills, a hobby that he has taken more and more seriously over the last few years. His website is geared towards his work with photography and video, as opposed to being filled with modeling portfolios. Is this the next step in Jacob Bixenman’s career? We aren’t sure but we wouldn’t be surprised! And don’t be surprised if Troye Sivan is right beside him when gets there!