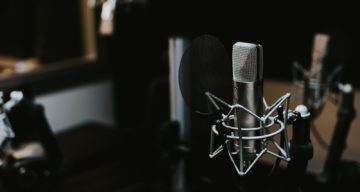 Atlanta-based rapper HoneyKomb Brazy’s violent past may have caught up to him in a tragic way. Brazy and Alabama media outlets broke the news that his grandparents were tragically killed on February 18. Brazy claimed that rival gangs killed his grandparents as he mourned their death. This horrific incident also sparked curiosity about who HoneyKomb Brazy is and what kind of criminal history he has. We have all those details and more right here.

Born Nahshon Jones on February 23, 1995, he is a native of Mobile, Alabama. He currently resides in Atlanta, Georgia, but most of his family is still in Mobile.

Not much is known about his family. He once told his social media followers he spent half a year in prison where his father was incarcerated as well. They apparently shared a cell until Jones was let out, and it hurt him to leave his father behind.

Now Jones alleges his grandparents Lelia and Tony Lewis fell victim to the gang violence the rapper was a part of. Their home on Dr. Thomas Avenue North in north Mobile was engulfed in fire on February 18.

Relatives of the deceased said Lelia and Tony were shot and killed before the fire. While Mobile authorities are investigating their deaths as homicides, they haven’t confirmed if the Lewises were shot first.

Jones broke the news on social media, mourning their deaths. He revealed that he was begging his grandparents to move out of their house so they wouldn’t get caught up in his criminal history.

Nahshon Jones was never shy about his violent past. He admitted to his fans that he was involved in gang violence back in his hometown. He refers to his past affiliation to Alabama’s Bloods gang in his music as well on social media.

Jones has been arrested multiple times and faced charges like attempted murder, murder, robbery, assault, and the like. He’s spent time in prison, including sharing a cell with his father.

The rapper has talked about his stint at St. Clair Correctional Facility in Alabama in connection with a murder. Due to issues with his behavior, authorities transferred him to another prison where he reconnected with his father.

Jones said his father’s last name is different but he recognized him. They got closer during that time and his father advised him to put the life of crime behind him when he got out.

Jones says within his first week out of prison, he was shot eight times by rival gangs and was in coma for a while. The sturdy rapper posted pictures from that time in the hospital to celebrate surviving the ordeal.

Arrest records reveal Jones’ many aliases, including “Little Honeycomb.” He’d carry a version of his street name as his stage name in his rap career.

Nahshon Jones is now a rising rapper, HoneyKomb Brazy, based in Atlanta. He dropped his latest mixtape, 1067, on January 15.

Jones uses his experiences to create music. While the use of B in Brazy is something that’s affiliated to the Bloods, he also mentions the gang in his music. Another track, “D.A Truthe ‘Gucci Flow,’” references his time with his father in prison.