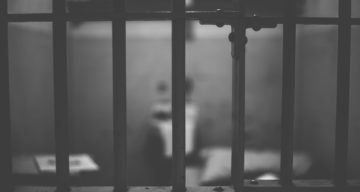 Greg Mingo has pleaded his innocence in a 1980 double-murder in Queens for four decades. He has been incarcerated for nearly 40 years of a 50-year sentence, and won’t be up for parole until 2031. But social justice activists and Mingo’s family are banding together to secure his early release. Activists claim that Mingo has been wrongfully convicted and are appealing to New York Governor Andrew Cuomo to grant him clemency. Find out Greg Mingo’s complete story here.

Gregory Mingo was born on December 27, 1952, and hails from New York. He grew up alongside his sister, Evonne Nemes (nee Mingo).

Evonne has a daughter, Ava Nemes, who graduated from Ossining High School in 2003. Ava and Evonne are rallying support to get Mingo clemency.

On September 16, 1980, a man identified as James Parker was found shot to death. Acting on a tip, detectives checked on Parker’s apartment the next day. There, they found his roommate, Karen Sheets (also known as Karen Parker), dead.

According to a newspaper dated September 19, 1980, Sheets was found on the bed with her hands and feet bound, strangled with a metal hanger. It’s not known what relation she had to Parker.

Investigators nonetheless believed that Parker and Sheets were killed by the same person and it was likely someone they knew.

Parker reportedly had a long history of narcotics and prostitution. Authorities looked into whether Parker’s criminal history had anything to do with his and Sheets’ murder.

Greg Mingo, along with Willie Holmes and Susan King, were charged with the robbery and murder of James Parker and Karen Sheets in 1981. King cut a deal with prosecutors and testified against Mingo and Holmes.

King claimed that Mingo and Holmes told her how they allegedly killed Parker and Sheets. Another witness, Paul Perry, testified that Holmes told him how he and Mingo killed the two victims.

According to King’s testimony, Holmes allegedly shot Parker and they moved the body to the alleyway where police would discover him hours later. She also claimed that the duo returned to Parker’s apartment to rob it, but when they found Sheets, they allegedly strangled her.

Mingo moved to separate his trial from Holmes, citing that his right under the Confrontation Clause was violated as his side didn’t get the opportunity to cross-examine Holmes. (Per the Bruton rule, if a confession by his codefendant was introduced in their joint trial, regardless of whether the jury received instructions only to consider it against the confessor, the defendant was deprived of his rights under the Clause.) Mingo hoped to distance himself from prejudice created by Holmes’ admission.

The motion was denied based on New York’s “interlocking confessions” exception to the Bruton rule. The trial court determined that the details of Holmes’ and Mingo’s admissions were similar enough to overcome any potential prejudice by the jury.

In 1987, the U.S. Supreme Court rejected New York’s “interlocking confessions” doctrine. About six years later, in February 1993, Mingo used the ruling to appeal to the New York Supreme Court, Queen’s County, to set aside his conviction on the grounds that the jury’s exposure to Holmes’ confession in their joint trial violated his rights according to the Bruton rule.

The court denied Mingo’s petition because he hadn’t raised the issue on his direct appeal. But in 1994, he would petition a district court on similar grounds.

Mingo is currently incarcerated at Great Meadows Correctional Facility in Washington County. He has spent four decades in prison since 1981.

He is expected to serve his 50-year sentence until 2031 if he is not granted clemency. Holmes, who was also sentenced to 50 years, died in prison.

Mingo continues to fight for clemency with the help of his sister, niece, and the CUNY School of Law Defenders Clinic. He maintains that he didn’t commit the double-murder.

He contends that he was out of state at the time of the murders and the claim was not investigated. Mingo was allegedly helping Evonne move into an out-of-state college.

Legal experts contend that his conviction was based on shoddy evidence, including the possibly perjured testimonies. They also claim that his alibi was not investigated. CUNY Law Clinic claims to have found leads to the real suspects.

Social media pages, a Change.org petition, and other campaigns for Mingo’s clemency are picking up steam. Mingo penned a letter that was shared on social media thanking activists for their support.

New York Governor Andrew Cuomo’s office confirmed in February 2021 that they received his petition and it is under review.