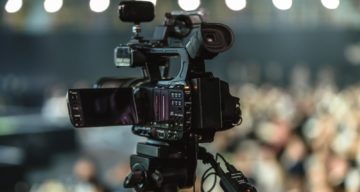 Bob Hearts Abishola paid tribute to one of its crew members in the season 2 premiere on November 16. The deceased production member, Ginny Naumann, has worked in the camera department of Bob Hearts Abishola and other shows. She passed away earlier this year. She was 42. Her loved ones created a Facebook page in her memory that tells who Ginny Naumann is.

Virginia “Ginny” Naumann was born on June 25, 1977. She hailed from Manahawkin, New Jersey, and had lived in Pennsylvania and Tennessee.

But her job in the film industry brought her to California. She was reportedly a resident of Van Nuys.

Ginny Naumann worked in the camera and electrical department for television shows. Her last known credit was as a key grip for Bob Hearts Abishola in 2019.

She had worked on productions like Fam, The Great Indoors, Superior Donuts, Angel from Hell, Mr. Robinson, Sean Saves the World, Cloverfield, and Entourage.

Naumann was a fan of the New York Giants. She also participated in Spartan Race events. Those who knew her also remember her funky fashion and bright hair colors.

Bob Hearts Abishola paid tribute to Naumann in their season 2 premiere on November 16. The exact nature and details of her death are not known yet.

Her loved ones created a Facebook page in her memory, with the first post dated June 1. She passed away sometime in late May or early June of 2020. Naumann would have celebrated her 43rd birthday on June 25.

There is speculation that Naumann died in a car accident. However, there’s been no confirmation of her cause of death.

The memorial Facebook page thanked the people at Bob Hearts Abishola for paying tribute to her.