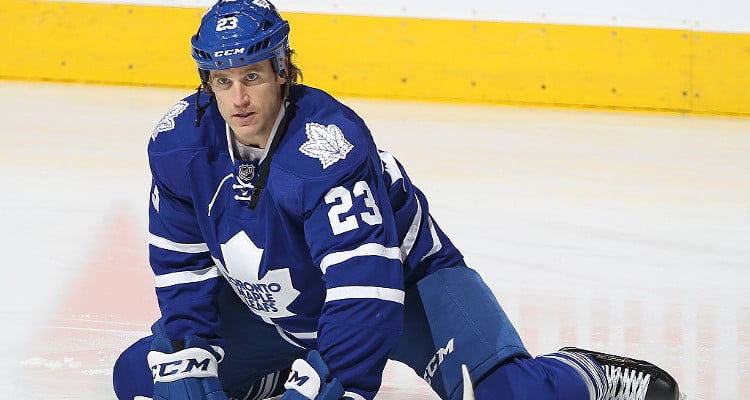 As their wedding date comes closer, Julianne Hough is celebrating her final days as a bachelorette with her girlfriends. On Sunday (March 5), Julianne was spotted partying with Nina Dobrev and friends in Cabo San Lucas. As the wedding date approaches, we thought you might want to know a little more about Julianne Hough’s fiancé, Brooks Laich.

Who Is Brooks Laich?

#tbt not much has changed…… #stilljustakid

Evan Brooks Laich was born in Wawota, Saskatchewan, Canada and his father, Harold, was a high school teacher and principal. Brooks has an older sister and a younger brother. He is extremelly close to his family and maintains a good relationship with them. At Brooks Laich’s age of 33, he has accomplished a lot in both his personal and professional life.

Brooks Laich is a Hockey Player

Hey @crossfitgames and @thedavecastro – any chance there is some skating in this years #CrossFitOpen so a guy in the middle of his hockey season can compete as well?!? #functionalfitness

Brooks represented his country internationally and won a silver medal at the 2003 World Junior Championships. He also played for Canada at the 2010 World Hockey Championships and is considered to be one of the hardest working players on the team. During an interview,  Brooks said about his career, “If I asked you about your family, you would talk about them forever because it’s something you love. That’s the way I feel about this team. This team is my life, and I love playing here and I’m passionate about playing hockey. So it’s easy for me to talk about it.”

His Hobbies and Interests

Besides being a hockey player, Brooks loves to play guitar and golf. As a child, Brooks’ favorite player was Colorado Avalanche star Joe Sakic. Brooks also actively participates in charity work. He supports several charities related to multiple sclerosis as well as Athletes Against Autism.

In February 2014, news about Brooks Laich and Julianne Hough dating surfaced. On August 18, 2015, Brooks announced on Instagram that he and Julianne were engaged. When asked about Brooks, Julianne said, “It’s fun to be able to learn about the other’s profession. I think that’s how we support, like, going to each other’s games or performances, and talking about it afterwards. ‘What was going on? What was that? What was that move? How come that person didn’t score the goal?’ He’ll teach me about it. I don’t know much about his sport but I’m able to learn. … It’s fun. It’s really fun.”

Brooks Laich’s Net Worth Is Estimated to be $25.0 million

Thanks to his successful career in both the AHL and NHL, Brooks Laich’s net worth is approximately $25.0 million and he earns a salary estimated to be $4.5 million. In 2010, he helped two stranded a woman and her daughter who were stuck on Theodore Roosevelt Bridge, change their flat tire. For this, he was nominated for the 2010 Sports Illustrated Sportsman of the Year. When somebody asked him about the incident, Brooks said, “It’s not a big deal. It was just a tire. The lady was stranded on the side of the road, I saw that it was just a lady and her daughter, and I figured my tire expertise outweighed hers.”