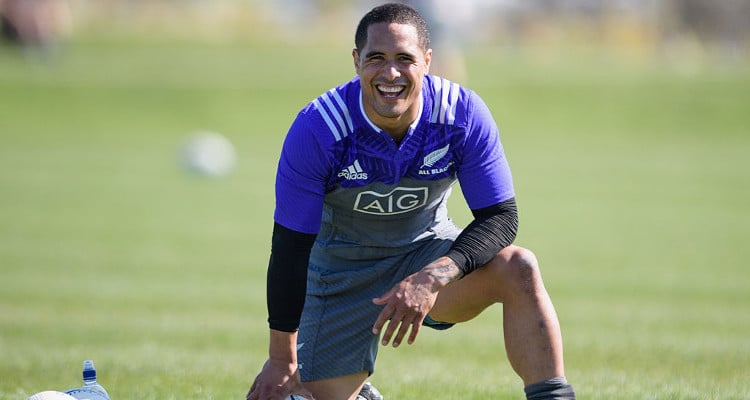 Aaron Smith is a rugby union player on the New Zealand International Rugby, the All Blacks, and plays at half back for his team. Usually, Smith is in the news for his on-field exploits, but right now he is in the news for his off-field behavior. That’s right. Smith spent some time with an unidentified woman in an airport toilet cubicle for the disabled in Christchurch, New Zealand. This irresponsible behavior has drawn criticism from all quarters and is the reason behind Aaron Smith’s apology. People are now asking, “Who is Aaron Smith’s mystery woman?”. Don’t worry, we will tell you all we know about this scandal that has hit Smith at a particularly inconvenient time.

What Happened inside the Bathroom?

Smith is considered to be the best rugby player on his team based on current form. This is why his behavior has made headlines, especially in New Zealand. We will tell you what exactly happened on this occasion that has compelled Smith to make a public apology. Smith and a woman described as a “female friend” entered an airport bathroom together, one which was meant for the disabled. Smith and his “friend” were in the wheelchair access cubicle for up to 10 minutes. What is more shocking, is that this mystery woman was not Teagan Voykovich, Smith’s girlfriend. A family who claims to have seen the pair enter the bathroom together told a publication that they heard sounds coming from the bathroom. They say that there is no doubt about what the pair were doing inside the bathroom.

New Zealand publication, Stuff, reported that Smith walked out of the bathroom without any remorse or regret on his face, according to eyewitnesses. The woman came shortly after him and looked equally suspicious. Smith does not deny that this encounter took place. When other news outlets got wind of this incident, Smith made a tearful apology to his girlfriend, Teagan Voykovich saying that it was a “huge mistake.” He has also apologized to his family, his team, to New Zealand Rugby, and to all his fans. However, the All Blacks’ coach, Steve Hansen, has said that Smith’s sexual encounter in the public toilets is a black mark on the team’s high standards.

The punishment for Smith is that he has been suspended for one game. This means that Smith will miss the match against South Africa. Not much is known about Aaron Smith’s mystery woman, but a third party seems to have identified her. The woman involved with Smith is believed to be a professional in an office job, and has a partner of her own. She has since taken down a social media post in which she had expressed an interest in going to South Africa to see the match between the All Blacks and the Springboks.

When the mystery woman was approached by the Herald, she denied that she was the woman who was in the stall with Smith. She denied any involvement with this incident and said that she does not consent to having her name and personal details revealed. It looks like her lips are sealed! Even the prime minister of New Zealand has condemned Smith’s behavior and has said that he needs to reflect on what he’s done. Aaron Smith’s girlfriend, Teagan Voykovich, has not yet said anything about this matter as of yet. However, her father has spoken to the media and said that his daughter was trying to get through this whole ordeal.

Smith has broken the trust that his girlfriend, family, team mates, and fans had in him. Regaining their trust is going to be a Herculean task, especially for a rugby hero they held to such high standards. Apologizing is the first step in this long process of getting his credibility back. It seems he genuinely feels he made a huge mistake, and everybody who cares for Smith is hoping that this kind of behavior is never repeated. In the end, it’s all up to Smith.