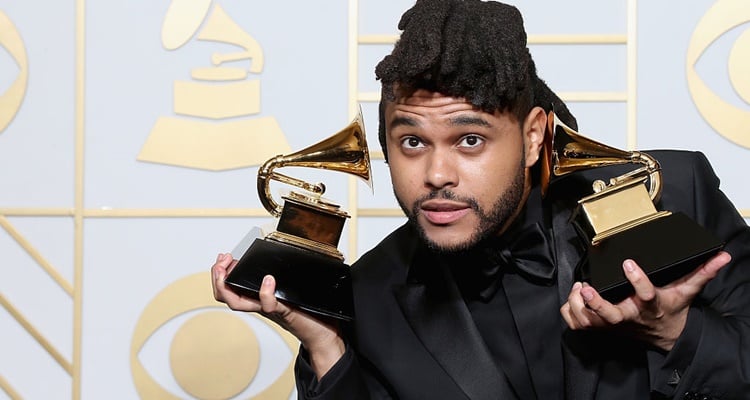 Here are the top new songs of Grammy Award-winning singer-songwriter The Weeknd from his upcoming album Starboy.

The Weeknd is one of the most popular artists in the music industry today. The 26-year-old singer and record producer has belted out chart-topping hits like “Earned It,” “Can’t Feel My Face,” and “The Hills,” which held the top three spots on the Billboard Hot R&B Songs chart, making him the first musician in history to accomplish this. Eager fans are impatiently waiting for his new album, Starboy, which is slated to release on November 25. If you’re searching the Internet for “The Weeknd’s upcoming songs in 2016,” you’ve come to the right place. We’ll tell you everything you need to know about The Weeknd’s top songs in 2016 from his upcoming album.

Starboy is the third studio album set to be released by Canadian star, The Weeknd. The highly anticipated album will drop on November 25, by XO and Republic Records. The first two singles from the album “Starboy,” and “False Alarm,” are already poised to become fall hits, making waves everywhere. While the title track “Starboy” was released on September 22, “False Alarm,” was released on October 11, and both have done amazingly in the charts. To download, stream, or listen to both songs on iTunes, click here.

The Weeknd’s second studio album Beauty Behind the Madness received widespread recognition and commercial success, selling over two million copies. In March, he hinted at an upcoming album as a follow-up “chapter” to his 2012 compilation album Trilogy. After the album had been confirmed to be in production in early September, it was revealed that Starboy had been influenced by Prince, The Smiths, Talking Heads, and Bad Brains.

The lead single of the album “Starboy” features the acclaimed French electronic duo Daft Punk. The Weeknd and Daft Punk co-wrote the song with Doc McKinney and Henry Walter. The music video was directed by Grant Singer and has been described by Rolling Stone as “pulp-horror inspired.”

“Starboy” features The Weeknd, whose real name is Abél Makkonen Tesfaye, trying to destroy his old personality, and reinvent himself by clipping his iconic Basquiat-inspired hairstyle. The song has around 130 million views on YouTube. “Starboy” topped the Hot R&B/ Hip-Hop chart, becoming The Weeknd’s fourth number one single.

Watch the video of “Starboy,” here:

The second single of Starboy, “False Alarm,” was directed by Ilya Naishuller and documents a bank robbery shot in the first person perspective. Lyrically, the song revolves around unromantic relationships and drugs. Viewer discretion is advised due to the graphic violence and explicit content of the video. “False Alarm” has over 27 million views on YouTube. The Weeknd performed both “Starboy,” and “False Alarm,” on the season 42 premiere of Saturday Night Live on October 1 to promote his upcoming album.