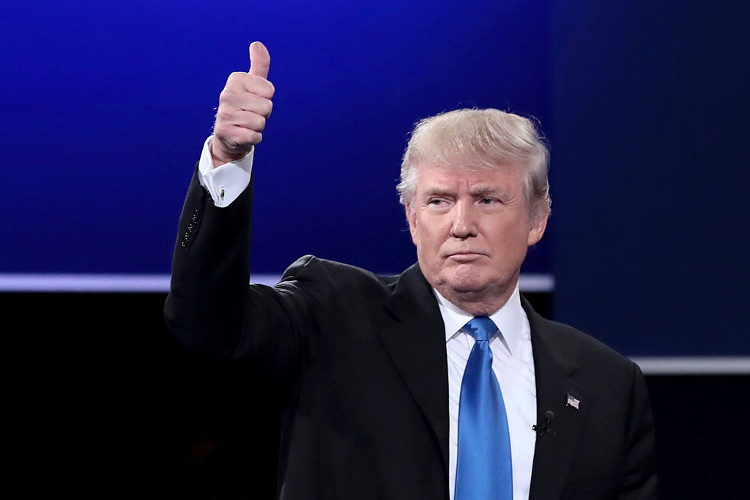 Though Donald Trump has won the 2016 presidential election and is all set to become the 45th President of the United States, he still has to take the oath of office. Trump will take the oath on January 20, 2017.

Donald Trump has done it! He will be the new president of the United States. By winning more than the required 270 electoral college seats, Trump will become the next resident of the White House. Though most pre-election polls showed that Democratic candidate, Hillary Clinton was slightly ahead of the Republican nominee, Trump showed amazing resilience and bounced back to win the presidential race. So, while the pollsters are scratching their heads wondering how Trump won the election, the man himself is having the last laugh. The next important question is when will Donald Trump take the oath of office? We will tell you all about it right here.

Kind Words for His Opponent

Trump appeared magnanimous in his victory. Though he had attacked Hillary Clinton before the election, Trump praised Clinton in his victory speech saying, “Secretary Clinton congratulated us on our victory, and I congratulated her and her family on a very hard-fought campaign. She fought very hard. Hillary has worked very long and very hard over a long period of time, and we owe her a major debt of gratitude for her service to our country.” Kind words indeed, from a man who just a few days ago had threatened to send Clinton to jail on an alleged offense.

A Call for Unity

Trump has become the 45th president of the United States after a long, bitterly fought, explosive and polarizing campaign, which divided the nation. Keenly aware of this, Trump addressed this issue in his victory acceptance speech. Trump said that “Now’s the time for America to bind the wounds of division. To all Republicans and Democrats and independents across this nation, I say it is time for us to come together as one united people. I pledge to every citizen of our land that I will be a president for all Americans. For those who have chosen not to support me in the past, I’m reaching out to you for your guidance and your help, so we can work together and unify our great country.”

Taking the Oath of Office

People want to know when Trump will take the oath of office. Trump will take the oath of office on January 20, 2017, when he officially becomes the President of the United States. This means the departure of the current president Barack Obama from the White House. President Obama will remain in office until January 17, 2017, marking the end of eight years of both President Obama’s and the Democratic party’s term in the Oval Office.

Trump has promised to take steps to solve the big and small problems of America. His drastic measures and proposed solutions convinced voters to support him, through his promise to make America great again. Now, it is Trump’s turn to put his words to actions. Trump has a lot of people who believe in him and he needs to do exactly what he said he would do in his acceptance speech; come together as one united people to unifty this great country.