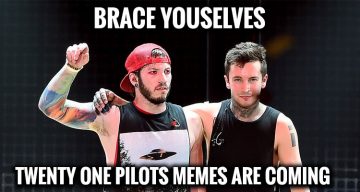 Twenty One Pilots broke the record for most weeks at the top of Billboard’s Hot Rock Songs Chart for their hit, “Heathens.” But aside from being stand-up musicians, the rock duo are also hilarious guys.

Since it’s Friday, we have the motivation you need to get through the day, thanks to Twenty One Pilots. The rock duo consisting of Tyler Joseph and Josh Dun are amazing musicians. Their song “Heathens” from the Suicide Squad soundtrack broke a record for topping the Billboard Hot Rock Songs Chart. The song has remained at no. 1 for a whopping 28 weeks since its August 2016 release. Aside from making good music, the duo are also really funny. If you follow Joseph and Dun on Twitter, you know that they can make you ROFL-ing in 140 characters.

Case in point: their Grammy appearance speech, where they stripped down to their underwear to accept the Grammy for Best Pop Duo/Group Performance. Joseph explained that their outfit change was something they spoke about before becoming famous, “If we ever go to the Grammys, if we ever win a Grammy, we should receive it just like this,” he said gesturing to his exposed legs. He concluded the speech saying, “Anyone, from anywhere, can do anything. And this is that.” Even before winning a Grammy, the duo has been supplying material for some of the best memes. Twenty One Pilots memes are guaranteed to make your Friday better, so we’ve compiled the best ones for you!

#1. Tyler Joseph pinned this tweet and we should too!

#2. Two people who sum up our mixed emotions. 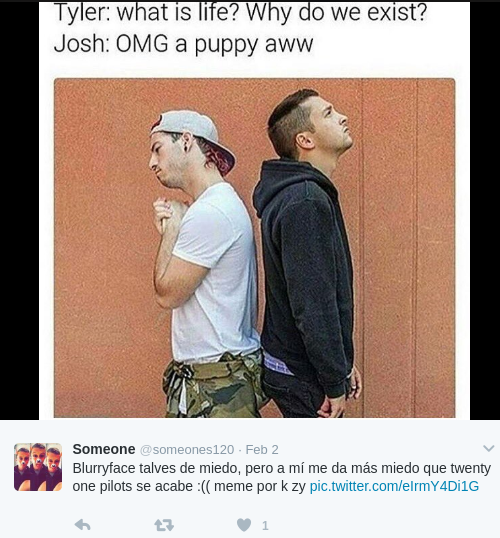 #3. Josh Dun would have been a great “Viner” if the music thing didn’t work out. 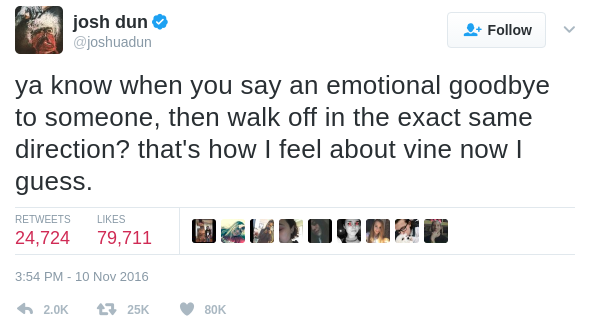 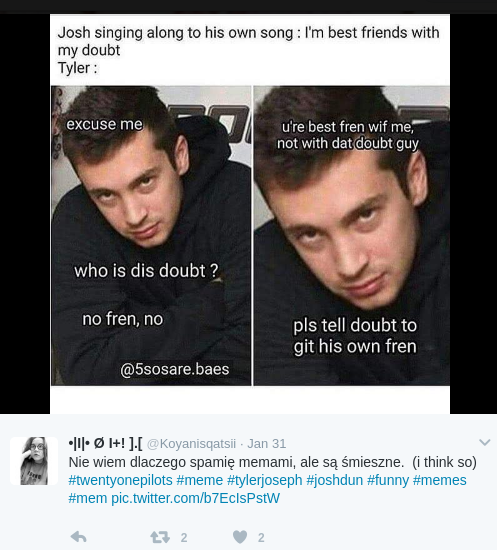 #5. Dun may or may not be addicted to Twitter. 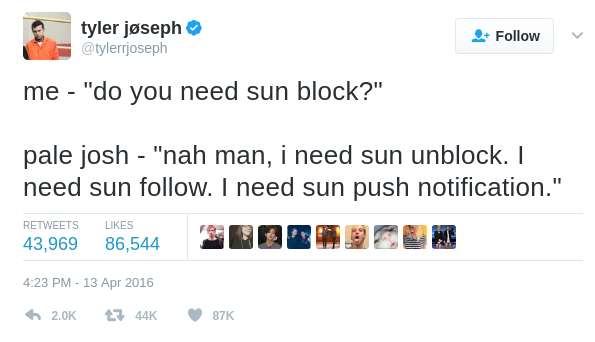 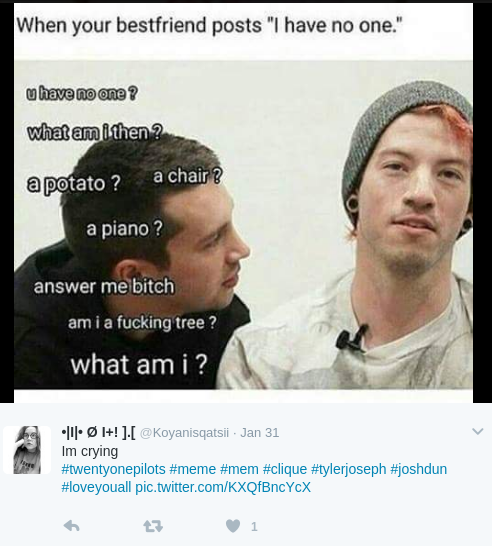 #7. Someone needs to record their van conversations and make them public! 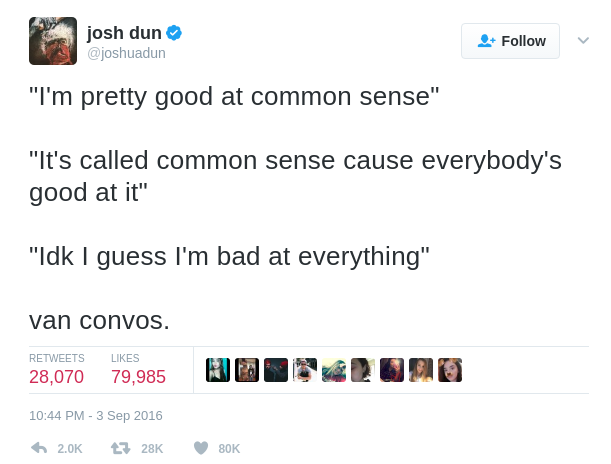 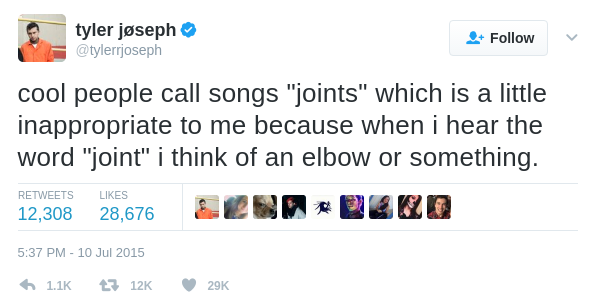 #9. Who needs an iPad? Skittles are better! 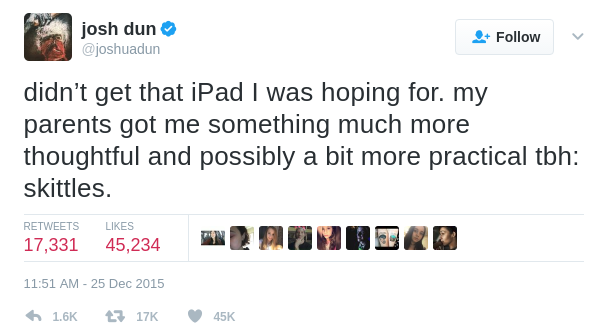 #10. The dedication that comes in No-Shave November… 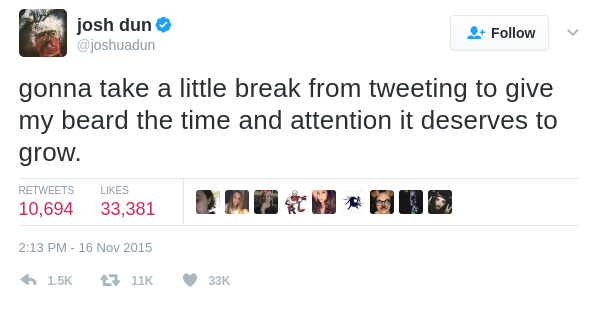 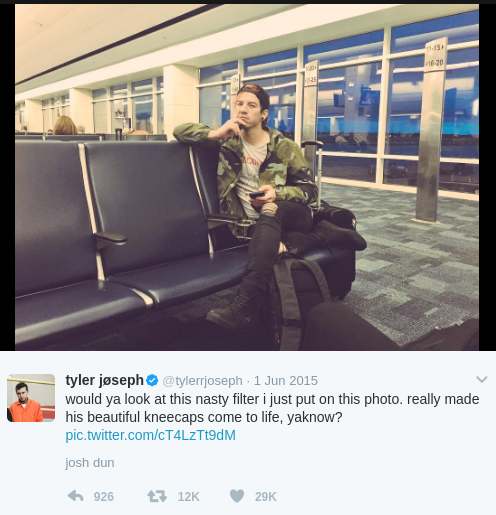 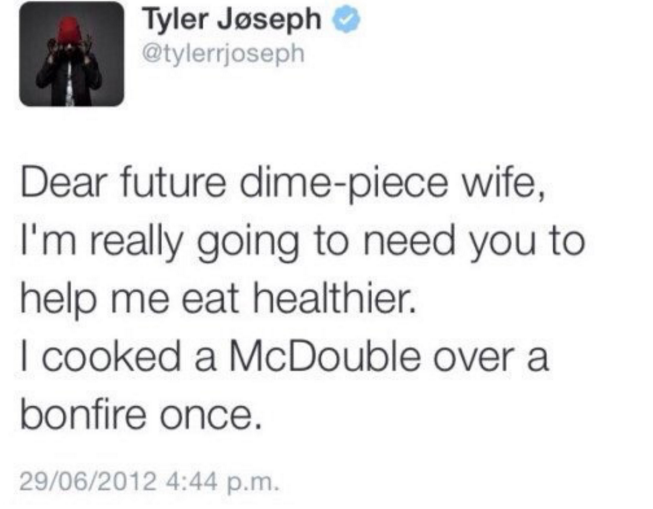 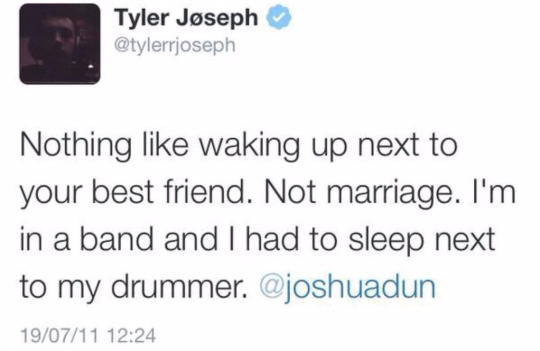 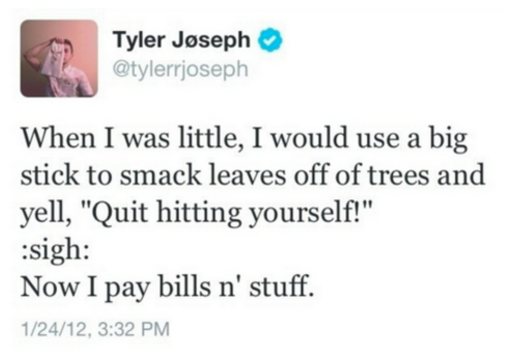