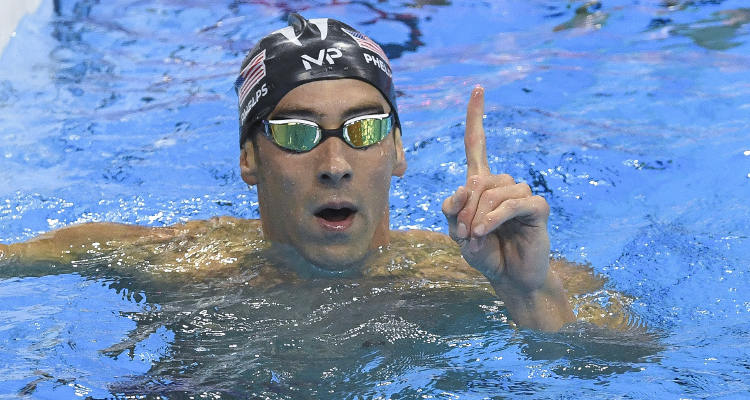 The Rio Olympics 2016 fever is on and everybody is glued to their television or laptop with hopes to see their favorite athletes compete. There are hundreds of worth athletes participating in the 2016 Rio Olympics and one of them is Michael Phelps. The father-of-one is already a swimming champion and he continues to win rack up the medals. If you have questions like, did Michael Phelps win last night? or what time does Michael Phelps swim tonight? Then you have come to the right place because we will answer those questions and more for you right away!

Michael Phelps is an amazing swimmer and he seems to be very recognizable to not only fans in his own country, but to people world wide. After all, this is not the first time he is competing in the Olympic games! However, if you forgot to watch Olympics last night and have no clue about the competition, you must be wondering, did Michael Phelps win? Do you want to know what time is Michael Phelps swimming tonight? Don’t worry because we will provide you with all of the necessary details.

Michael Phelps continues his victory at the 2016 Rio Olympics, as he won the swimming match against his fellow competitor, Ryan Lochte. Their swimming match took place yesterday and Michael won the semifinal heat in the 200-meter individual medley. This is reportedly the last time Michael will be participating in the Olympics, so it’s no wonder he is putting in so much effort!

In last night’s match, Michael touched the wall in 1 minute and 55.78 seconds, followed by Ryan Lochte coming second with 1:56.28 and lastly, Thiago Pereira, occupying the third place position. All three of them are shortlisted for Thursday’s 200 IM final match.

Michael has already won 3 gold medals in the 2016 Summer Olympic games held in Rio de Janeiro. In total, he has acquired 25 Olympic medals, and he has two more chances to win more medals to add to his hefty collection.

So, if you are wondering, what time does Michael Phelps swim? Then you should look at the following schedule. The match is supposed to take place today, August, 11, 2016. Here is the schedule:

Phelps is making up for his losses by giving his best and adding to his collection of medals. After one of the swimming competitions, he said, “That was probably one of my most challenging doubles.” “Doing a double like that is a lot harder than it once was.” Upon asking about his gold medal collection he said, “That’s a lot of medals,” Phelps said “It’s just insane.” “Going into the finish I said, ‘If I have to take a half-stroke, I’m going to take a half stroke,'”

So, if you want to see Michael’s performance tonight, then make sure you tune into NBC at 10:00 p.m. You certainly don’t want to miss his amazing swimming performance and also to find out if he adds another gold medal to his collection. We wish him all the best and hope he wins it!