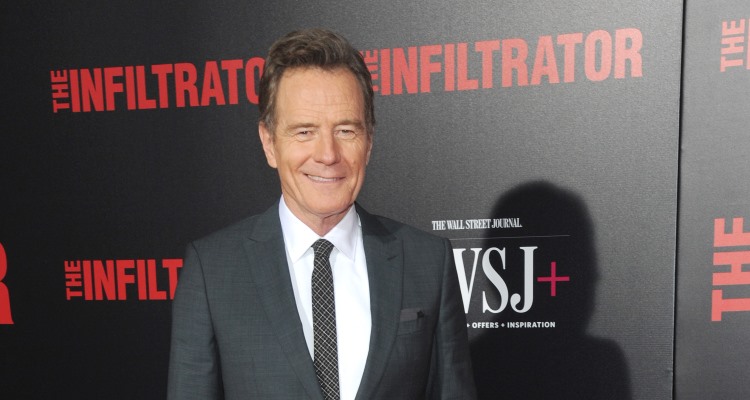 If you’ve Googled, “Bryan Cranston new movie” recently, you’d know that his latest film, The Infiltrator, is now out in theaters. The The Infiltrator movie is based on the true story of Robert Mazur—more specifically, the book he wrote about his life as a U.S. Customs special agent who went undercover to stop money laundering, including his infiltration of famous drug lord Pablo Escobar’s drug cartel. For accuracy’s sake, the Robert Mazur film needed input from the man himself, who served as a special consultant. So, what did he have to say about the The Infiltrator film? And did he have any opinions on being played by Bryan Cranston? Read on to find out!

First of all, you don’t have to worry about any sort of bias: prior to Cranston being cast, Robert Mazur had never even seen Breaking Bad. He also appreciated that Cranston doesn’t look at all like him; Mazur is very big on keeping his identity (especially his face) private to avoid any attempts at revenge criminals he “wronged” may want to take on him.

From beginning to end, the man and author had nothing but praise for the actor playing his film self. “Bryan is a wonderful person who is a tremendous talent,” he wrote on the Robert Mazur Facebook page (prior to the release of another Cranston film, Trumbo). “He’s a great actor that delivers true feeling and authenticity to the characters he plays.” During production of the Robert Mazur movie, he continued with compliments, adding that Bryan Cranston, “is a very special person.” He also praised Benjamin Bratt, who plays Roberto Alcaino in the film. Mazur felt that Cranston and Bratt had great chemistry on set and stated that Bratt “is among the most thoughtful, kind and talented people I’ve ever met.”

Your cover is your life. @BryanCranston​ & the real Infiltrator @robertmazur take us deep into the underworld.https://t.co/BvXwgTiLyO

Cranston also had a lot to say about the man whose life he was briefly taking on. His comments appeared in a video on the official The Infiltrator Twitter account and in it Cranston says that the character of Robert Mazur is, “phenomenal.” The Robert Mazur Twitter praise added that he is a “heroic guy.” In other interviews, Cranston added that that he liked the contrast between Mazur’s life as an undercover agent (where one slip-up could mean his death), and his life at home (where he’s a loving family man doing ordinary tasks, like chores). “It’s hard for me to do sometimes,” said Cranston about juggling work and home. “But for him living under that constant pressure, it’s almost insurmountable.” he added. After taking on the role of Walter White/Heisenberg in Breaking Bad, you think he’d be used to playing a double life!