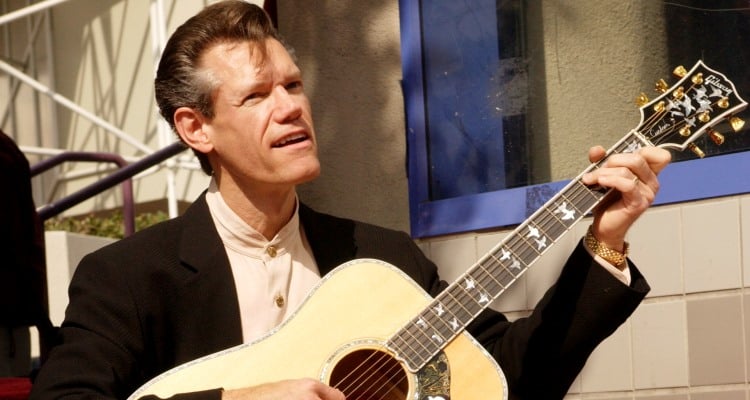 Iconic county singer, Randy Travis melted hearts all over the world when he took the stage to sing at his induction ceremony at the Country Music Hall of Fame. This moment was even more special because this was the first time Travis sang publicly in a very long time. After the video was released of him singing, people began searching “Is Randy Travis sick?” “What’s wrong with Andy Travis?” “Did Randy Travis have a stroke?” We’ve got the details on everything you need to know about Randy Travis’ health, and his inspiring rendition of “Amazing Grace.”

In 2013, Travis suffered a terrible stroke that almost took his life. While he was being treated for congestive heart failure due to a viral upper respiratory infection, Travis suffered a life-threatening stroke. The viral illness led to a weakened heart muscle that worsened to heart failure. Publicist, Kirt Webster said in a public statement, “His family and friends here with him at the hospital request your prayers and support.”

The Grammy-winning singer made his comeback to sing a verse of one of the most emotional songs of all time, “Amazing Grace.” He was inducted into the Country Music Hall of Fame on October 16, and his performance surprised and inspired the audience and brought them all to tears. It truly was an emotional moment for the iconic country star, as the battle he has fought to even sing again was certainly a tough one.

He Paved the Way for Country Musicians

Garth Brooks expressed his pride in Travis, 57, and shared some heartfelt words as he got the pleasure of inducting the legend into the hall of fame, “Randy Travis was the forefather that kind of laid it down. Tell me some other artist in some other genre ever in the history of mankind who has taken a format, turned it around back to where it was coming from, and made it bigger than it was.”

Alan Jackson also spoke well of the singer, saying he paved the way for many young people who wanted to sing authentic country music. He said, “When he sang, the women were screaming and fainting. And he was singing real country music. When I listen to country music today, I think it’s time for a new Randy Travis to come along.”

Travis had full support at his induction. His wife, Mary Davis-Travis was right there by his side, and spoke on his behalf as he still cannot form full sentences. She said, “Today is the greatest day of Randy’s celebrated music career. Randy wants to thank you for listening and loving him. Randy stared death in the face, but death blinked. Today, God’s proof of a miracle stands before you.” When Travis took to the stage, the audience was stunned to silence and there wasn’t a dry eye in the house! He struggled through years of vocal rehabilitation and therapy to be able to sing again, so this accomplishment was huge for Travis, who still cannot walk without a cane. It was truly inspirational for everyone to witness the fighter and music legend Randy Travis has become. His induction to the Country Music Hall of Fame is definitely well-deserved!