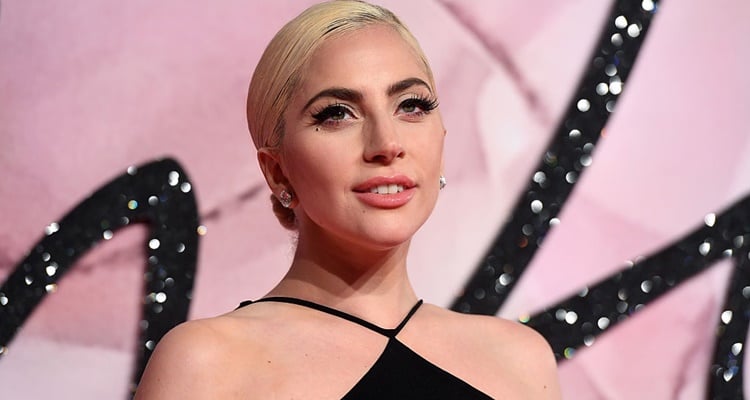 Lady Gaga appeared on the segment of the Today show called “Share Kindness” on Monday (December 5), where she revealed her struggles with PTSD and how she coped with it.

Through her lyrics and music, Lady Gaga has always been a vocal supporter of people facing tough times. As it turns out, the pop star has been facing her own struggles and still manages to be a source of support for others. The “Million Reasons” singer appeared on the “Share Kindness” segment of the Today show, where she made a startling revelation, two years after opening up about being raped at the age of 19. Gaga said she had PTSD and has overcome her illness with the kindness of her doctors, family, and friends. What is PTSD and how does Lady Gaga suffer from it? Here’s everything you need to know.

PTSD, or Post-Traumatic Stress Disorder, is a serious psychiatric illness. According to WebMD, PTSD is “a serious condition that can develop after a person has experienced or witnessed a traumatic or terrifying event in which serious physical harm occurred or was threatened.”

A person may suffer from trauma if they experience or witness life-threatening occurrences like military combat, natural disasters, terrorist incidents, the unexpected death of a loved one, or physical or sexual assault in adult or childhood.

Many who have experienced a traumatic event may have strong reactions like shock, anger, nervousness, fear, and even guilt. These reactions usually go away with time. Those who have PTSD have these emotions that don’t go away and could even worsen with time, keeping them from living their life normally. PTSD symptoms might appear months, or even years after the incident.

There are three sets of symptoms of PTSD: reliving, avoidance or emotional numbness, and increased rousing. People with PTSD usually relive the trauma through flashbacks, hallucinations, and nightmares. They have difficulty sleeping, and feel detached or estranged from everyday life. The person may also avoid people, places, thoughts, or situations that may remind them of the trauma. They don’t participate in the activities they used to enjoy, and their daily life is impaired. Increased rousal refers to excessive emotions such as feeling guarded, irritable, or startling easily.

PTSD can be treated with counseling and antidepressants, but early treatment is essential to reduce long-term effects.

Lady Gaga Reveals She has PTSD

Two years ago, Lady Gaga revealed on The Howard Stern Show that she was raped as a teenager. She referred to the incident in her song “Swine” from her 2013 album, Artpop. “I wrote a song called ‘Swine.’ The song is about rape. The song is about demoralization. The song is about rage and fury and passion, and I had a lot of pain that I wanted to release,” explained Gaga.

Howard Stern hesitantly asked about her alluding to rape and Gaga, though reluctant to answer, revealed her dark past. “I went through some horrific things that I’m able to laugh [at] now, because I’ve gone through a lot of mental and physical therapy and emotional therapy to heal over the years. My music’s been wonderful for me. But, you know, I was a shell of my former self at one point. I was not myself. To be fair, I was about 19. I went to Catholic school and then all this crazy stuff happened, and I was going, ‘Oh, is this just the way adults are?’…I was very naïve, ” she said.

Gaga dedicated the song “Til It Happens To You” to fellow survivors of sexual assault, even though she was hesitant to address her own assault at that time. “I’m going to take responsibility for all my pain looking beautiful. All the things that I’ve made out of my strife, I did that,” she told  Stern.

On Monday’s (December 5) Today show, Gaga revealed for the first time that she’s been dealing with the trauma of that ordeal. “I suffer from PTSD, I’ve never told anyone that before, so here we are. But the kindness that’s been shown to me by doctors as well as my family and my friends, it’s really saved my life.”

Gaga visited the Ali Forney Center, a shelter that helps homeless LGBTQ youth. She did a surprise performance of her songs, and donated winter clothing and supplies as part of the Share Kindness Campaign.

Lady Gaga had previously revealed that her Aunt Joanne, after whom she named her latest album, was also a sexual assault victim. She spoke to the group at Ali Forney and shared her mantra to stay positive in life. According to Gaga, “You are brave, and you are courageous.”