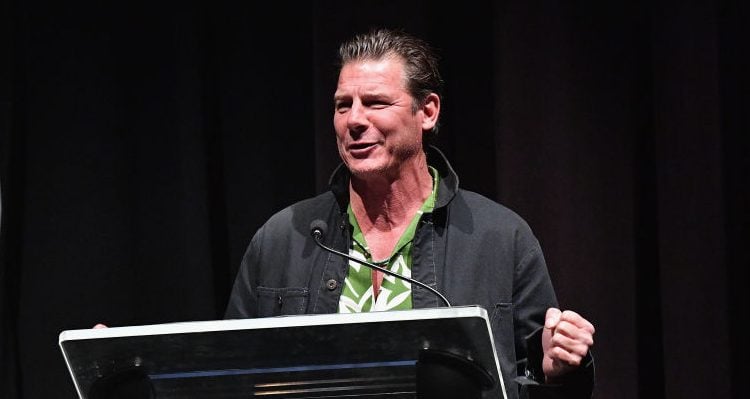 Ty Pennington, the handsome carpenter and television host known from Extreme Makeover: Home Edition, used to be everywhere. Pennington had television shows on TLC and on one of the biggest networks, ABC. He stood out among numerous home renovation shows and hosts due to how he just bounced out of the screen, full of energy. And then, it just seemed like he disappeared. So, what happened to Ty Pennington? Is Ty Pennington dead? Keep reading to know more about Ty Pennington’s 2017 work projects, right here.

He was born as Gary Tygert Burton on October 19, 1964. When Pennington was very young, his parents split up, so he and his brother, Wynn, lived with his mother. His mother then remarried, and his stepfather adopted both boys, so they took on his surname.

Although Pennington taught himself carpentry and home improvement skills, it wasn’t what he wanted to do with his life initially.

After graduating from Sprayberry High School in Marietta, Georgia, Pennington attended Kennesaw State University for art and history, but transferred to the Art Institute of Atlanta and graduated with a Bachelor’s degree in graphic design. And during that period, Pennington paid for school by working in construction and landscaping.

In his last semester, Pennington had a crack at modeling after an agent spotted him. He did many successful campaigns for Bayer, Diet Coke, and Levi’s.

After finishing school, Pennington worked as a set designer on the Oscar award-winning film, Leaving Las Vegas, and quickly gained a spot on TLC’s Trading Spaces in 2000. Trading Spaces became a surprise hit for the network and helped rocket Pennington into a fame that was probably very unexpected.

In 2003, Pennington was brought to in to host and work on Extreme Makeover: Home Edition for ABC. That show also became a surprise hit and ended up running from 2003 to 2012.

Unfortunately, the pressure occasionally got to Pennington. He was busted for DUI on May 5, 2007. Pennington worked through the entire court process and felt horrible for what could have happened. He apologized to ABC and his fans, and he paid his fines.

Ty Pennington would continue on Extreme Makeover without serious reprimand from the network until the show was canceled in 2012.

Where Is Ty Pennington Now?

After Extreme Makeover: Home Edition ended, Ty Pennington tried his luck with a daytime talk show called The Revolution, in January of 2012. The show only lasted six months. And from there, Pennington faded from the spotlight.

We are happy to report that not only is Ty Pennington very much alive, but he’s also returning to his television roots!

TLC decided to revive Trading Spaces for another run. And not only that, they are bringing back many of the original personalities, designers, and carpenters for this new version.

Will this new version of Trading Spaces hold up to the old one? It’s hard to say, but given most of the original crew has come back for it, it should be pretty good!

At any rate, we get to see Ty Pennington bounce around our television screens once again and fans are excited for his big return!