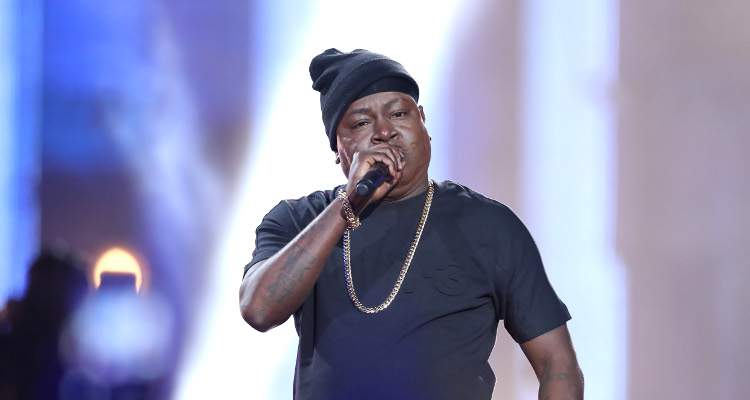 Trick Daddy’s Love & Hip Hop: Miami has finally arrived and it already has the potential to be the new favorite of the reality TV franchise. However, with the start of this new season, many have noticed something different about Trick Daddy. Seeing him on last night’s premiere has fans wondering what happened to Trick Daddy’s face. Is he suffering from a major health issue? Read on to find out more!

Born on September 27, 1974, Trick Daddy is a rapper and producer from Miami’s Liberty City. He is also known as the King of Love & Hip Hop: Miami. The first episode of this series aired on January 1, 2018 on VH1 and managed to create quite a buzz. In an interview, his co-star Trina spoke about their brilliant on-screen chemistry and comfort, “It was an unbelievable experience. Me and Trick actually have an album coming out next year, a ‘T and T’ album, for Trick and Trina, so doing the show together was kind of second nature. We have the chemistry — he’s a little stubborn and I’m like bossy, controlling, so I push him a little more — I’m more active and I’m more in control so I kind of have like, the mean blade when it comes to stuff like that. The show shows us naturally, like if we were to hang out and get together — we always have that same type of energy. It was really fun.”

Trick Daddy’s face has been affected by the incurable disease known as Lupus. The autoimmune disease affects major organs in the body including the heart, kidneys, and nervous system by attacking the body’s cells and tissues through the immune system. Fans of the show will remember Trick Daddy making this shocking announcement back in 2009 saying, “I went to the doctor like 12 years ago. He took all kinds of tests, because I was trying to get rid of what we call dry skin. She did biopsies and blood tests and swab tests. She told me I have lupus. I am allergic highly to the sun, that’s my worst enemy. It’s like an AK-47 with a double clip on it. I could jeopardize kidney and liver failure from the treatment and the medication. A lot of people try to cover it up with regular make up. It makes your skin pigmented. You can go from dark to light and not light to dark. You have to cover it up and conceal it. My mama had 11 children from 10 different men. If she can live with that I know, I can live with this.”

We know that, over the years, Trick Daddy has been through a lot, especially when it comes to his health. And yet, we still see him moving forward and delivering brilliant performances. Love & Hip Hop: Miami is definitely going to be entertaining this season, and it doesn’t look like anything is going to stop Trick! Trina recently revealed some sneaky details, making us look forward to the show even more. “The music is of course there, and then personally you’ll see my cousin and some of my family, the great stuff I do with the community — so it’s like work and personal, some one-on-one time, some deals I have on the table. There’s a lot of different stuff that doesn’t pertain to music, and you’ll just have to stay tuned and watch to see what that is!” she explained.

She added, “There’s definitely feuds. You’re going to have to tune in! I didn’t really have problems with anyone, but I definitely have some intense, intimate crazy moments and definitely give side-eye to a few of the cast members.”