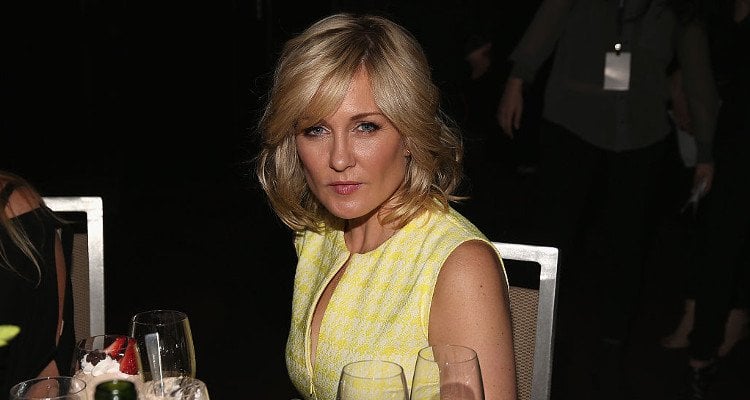 It looks like CBS is killing off wives this season! First with Kevin Can Wait and now in the hit police drama, Blue Bloods. Linda Reagan, who played police detective Danny Reagan’s wife on the show, died in a helicopter crash while transporting a victim on the last season finale. She was an ER nurse and an important part of the series right from season 1. Amy Carlson, who played Linda, sent fans a goodbye message. Now, fans want answers.

Now that the Blue Bloods season 8 premiere has come and gone, fans have one question on their minds: What happened to Linda on Blue Bloods? The role was played by Amy Carlson right from season 1, which debuted on September 24, 2010, until the end of season 7.

Linda dies off-screen right before the season 8 premiere. So, why did Amy Carlson leave Blue Bloods despite being an integral part of the show? As police detective Danny Reagan’s wife, Linda had a very important role in the series trying to raise their children and live with the constant fear that her husband might die in the line of duty, all while saving lives as an ER nurse. Here is everything we know about Blue Bloods’ Linda’s death, right here.

How did Linda die on Blue Bloods? In a surprising twist to the series, it is revealed at the beginning of season 8 that Danny Reagan’s (Donnie Wahlberg) wife died in a helicopter crash while on the job. This horrific incident plunges the Reagan family into gloom and the season will probably show with how the entire Reagan family deals with this tragic loss.

Many people are upset with the showrunners for killing off Linda, as she was an important character, and audiences had grown to love her since season one of the show.

Amy Carlson took to social media and gave fans a message about her unexpected departure from the show. She wrote “My heart is full of gratitude to each of you for your generous support of me and my character for the last seven years of Blue Bloods – Linda Reagan. I have been touched by your compassion and enthusiasm.

I loved playing Linda: wife to Danny, mother to Jack and Sean, nurse and working mom. I’m proud of my contribution to building this series. I’m so grateful to CBS and the Blue Bloods cast and crew. Mostly, I am grateful to the fans who have supported me and the show. Peace, blessings and many ‘love you mores’ to all of you.”

According to reports, Carlson fulfilled her contract, which expired at the end of season 7, and she felt that it was time to move on. After all, she was a part of the show for seven long years. Linda’s death is not shown in Blue Bloods season 8, but we get to know about it when Danny reveals the tragic news in a therapy session.

The season 8 premiere shows how the Reagan family is coming to terms with Linda’s death, and supporting each other at this dark moment in their lives. Though Danny will be hit hard with Linda’s loss, Donnie Wahlberg is unfazed by the turn of events, and ready for any challenge that the writers come up with next.

Wahlberg said, “I’m constantly surprised by the situations they come up with to put my character in. That’s a great challenge.” After Linda’s death, Danny is shown grieving and is shaken professionally, which means there might be a change in his impulsive ways.

The show’s executive producer, Kevin Wade spoke to EW about Wahlberg’s character saying, “He’s looking at life through a different lens. There’s an element of circumspection and a bit of introspection as he considers the residual collateral damage.” Any which way you look at it, Linda’s exit from the series will not be easy to get by for the characters and makers of Blue Bloods.

However, for Amy Carlson, this might be just the professional freedom she needs to catapult her career!