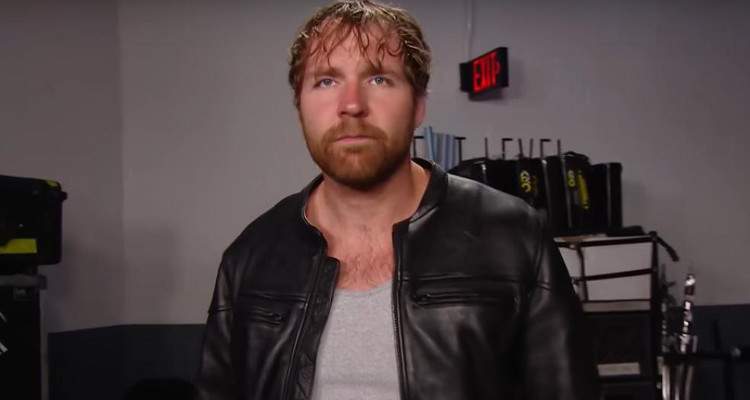 Wrestler Dean Ambrose will not be back in the ring anytime soon, according to reports. So, what happened to Dean Ambrose? Keep reading for the information you need to know.

Jonathan David Good, better known by his ring name, Dean Ambrose, is currently signed with WWE. The two-time Intercontinental Championship winner has been missing from the ring, leaving fans wondering what happened to him.

When will Dean Ambrose return? Did the wrestler get injured?

Fret not, as we have all the answers for you right here!

During Monday Night Raw on December 18, 2017, Ambrose had an on-screen injury that sources say was a set up to cover an injury he suffered beforehand.

After his arm was heavily strapped during a tag team match, it only worsened after his backstage attack angle with Samoa Joe.

Since Ambrose tore his tricep, he had to undergo surgery to repair the tendons that split from the bone. His operation was successful, performed by Dr. Jeffrey Dugas in Birmingham, Atlanta.

Dr. Dugas said, “He tore some of the distal triceps tendon where it attaches to the forearm bone, called the olecranon. He basically tore about 50% of the triceps tendon away from the bone. So yesterday we repaired that back down to the bone where it tore off of. The surgery was very straightforward; we removed all of the extra bursal tissue —all of that extra swollen stuff around his elbow.”

When Will Dean Ambrose Return?

Sources claim that Ambrose will not be back before September 2018, since he was advised to take nine months off to recover.

Although we want him back in the ring sooner, we are just happy that he is taking the time to heal!

Where Is Dean Ambrose Now?

Ambrose is reportedly doing physiotherapy. But just like the rest of us, he takes a break to watch The Bachelor!

Regular Girls podcast, hosted by Renee Young and comedian Stacey McGunnigle, revealed that Ambrose watches the show with a lot of interest. He was a guest on their show earlier this month, and the three had a lot of opinions about this season.

Every champion in WWE from 2017 Digital #deanambrose

Talking about the show, Ambrose said, “Basically, the first episode of The Bachelor is one of my favorite things to watch. A parade of women coming out one by one, all nervous on TV, a lot of them just stupid.”