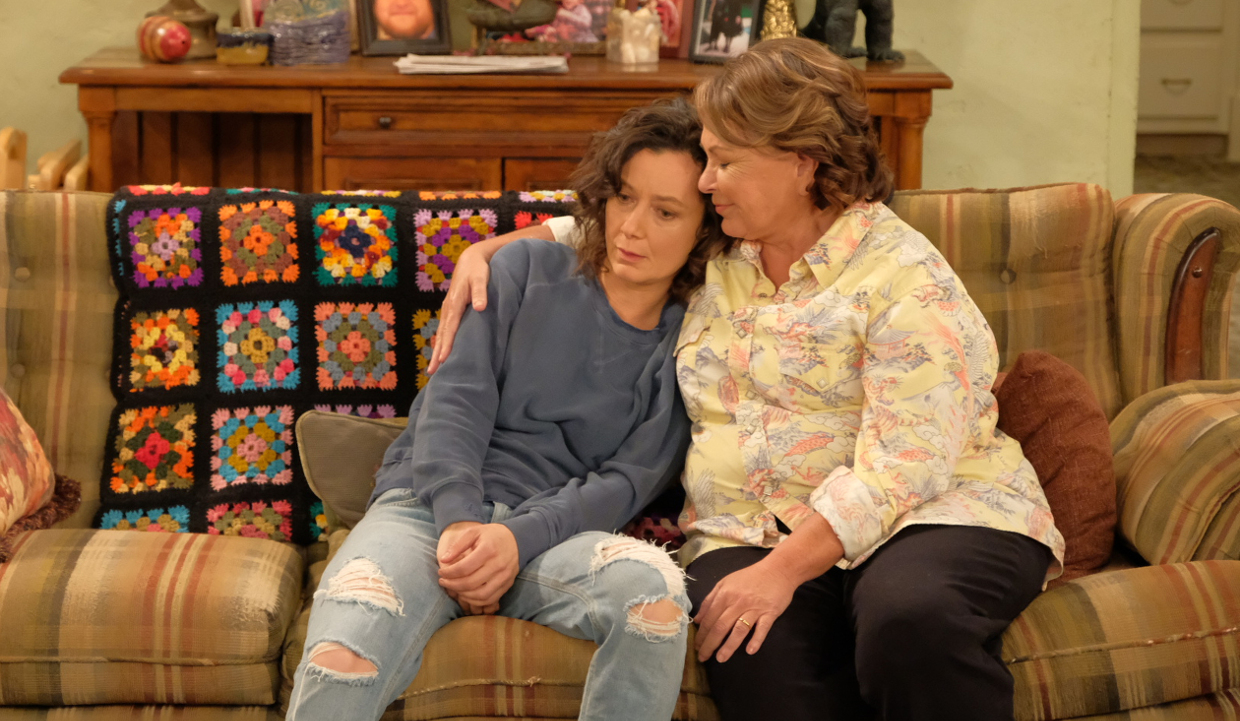 Rekindling the ‘90s sitcom nostalgia in all of us, Roseanne’s revival season premiere last night was an hour-long laugh riot! The show has not lost its charm, even after all these years. Sure, the characters have all grown old (Darlene has two kids now, for example), but the core of the ABC show remains undisturbed. Speaking of Darlene, what happened to David on Roseanne?

First things first, where in the world is Darlene’s husband, David Healy? Is David on the new Roseanne?

If you’re going to miss the relationship between these two, then you just have to get used to it! Or better yet, you might just want to watch the scenes from The Big Bang Theory where Leonard and Leslie Winkle hook up. (Did you get the reference?)

Who Played David on Roseanne?

Actor Johnny Galecki plays David Healy’s character in Roseanne. In the reboot, he is estranged from his wife, Darlene, played by Sara Gilbert.

The season finale of the sitcom back in the ‘90s was a roller coaster ride. It ended with Dan’s death but managed to show David and Darlene becoming a family that got a happy ending.

Not so much, as it turns out. The couple is shown to be separated in the Roseanne revival.

In the very first episode, Darlene and her kids, Mark and Harris, are living with her parents after the mysterious split from David, revealing they split six years ago.

According to showrunner Bruce Helford, David has not been a great father either.

Are Fans Going to Be Let Down?

According to the storyline of the revival, David has seen his kids only a few times, and Darlene has to deal with being a single mom who, on top of everything else, has just lost her job. She then decides to move from Chicago to her parents’ place.

It’s been a week since Darlene’s moved in. And as if the house wasn’t full already, in comes the storm of the 21st century—Jackie Harris!

Jackie (Laurie Metcalf) is Roseanne’s sister who has been a staple on the show since the start. She’s got that same devil-may-care attitude but it is revealed in the beginning of the episode that Roseanne and Jackie had a falling out over politics. In fact, Roseanne even had a shrine for Jackie set up in the kitchen claiming that she was dead to her! It was politics and specifically the Trump election that drove a wedge between them.

Roseanne quips about how she voted for Trump. Meanwhile, Jackie (wearing a T-shirt that says “Nasty Woman”) says that she supported Hillary.

It seems like the talk about who’s the correct presidential choice will go on for longer than Trump being in office! The sisters keep quarreling like there’s no tomorrow, which leads us to feel like Jackie would huff and puff and be gone for good.

But nothing as dramatic happens, and the sisters patch up and hug it out. They’re still in support of their own parties, but they’re not going to sever their sisterly bond because of it. They both have their strong opinions on politics, which is said to play a huge part in the show.

But all in all, there is still no mention of David’s return to the show as a regular! So, what’s the word? Will he return?

Johnny Galecki is currently busy with The Big Bang Theory and also with being an executive producer for the show, Living Biblically. So, unfortunately, he couldn’t dedicate enough time for Roseanne.

However, it’s not all bad news, folks! Helford has said that David will be back on the show to give this messy relationship some closure. So, he will at least be making an appearance!

“Johnny Galecki comes back as David for an episode and we deal that. That’s a very emotional episode,” Helford explained to The Hollywood Reporter. “David comes back into that mix and raises a lot of emotional issues for all of them.”

Stay with us for more on Roseanne, which airs on Tuesdays at 8:00 p.m. EST on ABC! Just one episode in and it’s already poised to be a hit! (Maybe even a bigger hit than it was in its original heyday!)