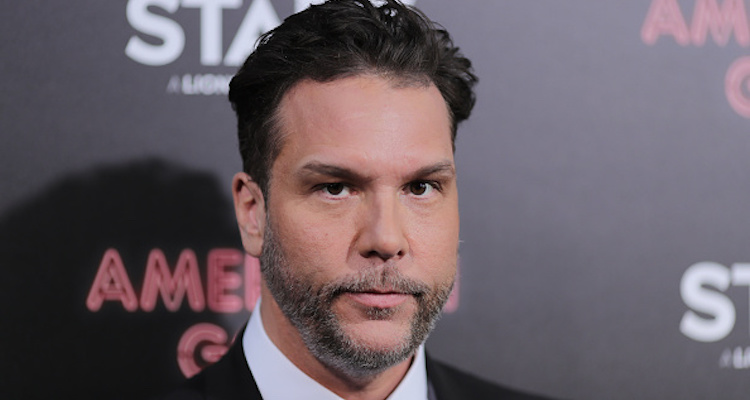 There was a period of time when Dane Cook was absolutely everywhere. He was on top of his game, releasing several comedy specials and albums. He was in movies. He toured. You couldn’t turn around without seeing Dane Cook! Then, suddenly, he was gone. Or at least that’s how it felt. What has Dane Cook been up to? Where is Dane Cook now? We took a look at Dane Cook and why he kind of disappeared and we’ve got all the details here!

What happened to Dane Cook? In order to understand why people are wondering where he went, you have to remember the fact that, at one point, he was everywhere.

The comedian got his start in comedy as part of a sketch/improv troop that famously performed at a concert. However, he bombed so bad with the audience that they began to throw their shoes at the performers! The incident galvanized Cook’s resolve to make it in comedy.

In 1994, he began doing stand-up in New York City, and eventually moved to Los Angeles to pursue his craft. In 1998, Cook began his break-through when he appeared on Comedy Central’s, Premium Blend. Two years after that, he got a half hour special with Comedy Central.

In 2003, Dane Cook released his first comedy album, Harmful If Swallowed, and it sold rather well. It was the No. 2 comedy album on the  Billboard comedy chart, and landed at a respectful No. 67 on the standard Billboard 2oo. As it turned out, this was only the beginning.

2005 marked the release of Cook’s comedy album, Retaliation, and things just exploded for him! It became the top album on Billboard’s comedy album charts, and snagged the No. 4 slot on the Billboard 200! The album was a massive hit and Cook’s career was off and running.

At the same time that Retaliation became a colossal hit, Cook began to appear in movies. In 2005, there was Waiting… Then, in 2006 there was Good Luck Chuck and in 2007 he appeared in Dan in Real Life. His acting career began to take off and Cook even tried his hand at a very different type of role in Mr. Brooks (alongside Kevin Costner), where he played a would-be serial killer.

To give you an idea of how popular he was and how much money was rolling in, Dane Cook’s half-brother, who worked for a time as his manager and accountant, reportedly embezzled $12.0 million from Cook during that period!

Breakfast for dinner with my best friend.

So, what happened to the man who made us laugh ’til it hurt? Why is Dane Cook today not as popular as the Dane Cook of yesterday? The reasons for Cook’s decline in popularity and lack of screen time comes down to a few factors.

First of all, his stand-up took a few blows. One of the major factors was that Cook’s demographic got older, and as such, many of them grew out of his brand of comedy. Stories of Cook plagiarizing his bits from other comics started to run rampant, in part to Louis C.K. bringing it up in a public forum. While C.K. kind of cleared Cook’s name through his show, the stigma stuck.

Adding to his decline in his on-screen appearances, Cook’s films just didn’t perform that well at the box office. Nothing bombed, but none of them ever really took off for him, either.

With that being said, Cook has slowly been making in-roads back to where he was at. Dane Cook’s 2017 ended with a new comedy special, where he updated his style and material. He also made a small appearance in the critically acclaimed, American Gods. Yes, he’s been under the radar for a while now, but he made quite a large fan base during the time he was on top. And his fans are confident he can get there again! So, don’t be surprised if Cook makes a very big comeback soon!