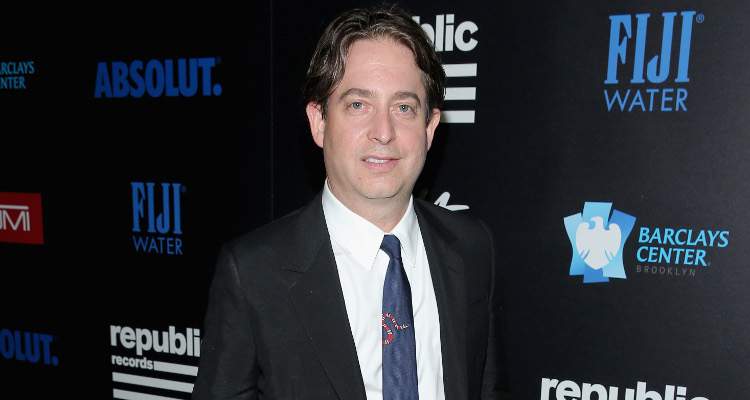 The Four: Battle for Stardom wrapped up its first season finale after the judges crowned Evvie McKinney as the winner! But Sean Combs, Meghan Trainor, and DJ Khaled were short one judge on their panel! What happened to Charlie Walk, the fourth judge on The Four?

It’s official! Evvie McKinney is The Four’s first champion! The 20-year-old music talent won the title of iHeartRadio’s “On the Verge Artist” and a recording contract with Republic Records through Universal Music Group.

The winner was decided by Sean Combs, Meghan Trainor, and DJ Khaled—McKinney’s potential new colleagues. But where was Charlie Walk, Republic Records’ head honcho, who’s giving her the contract?

Charlie Walk left The Four in the wake of a recent scandal and we’ve got all the details.

The Four: Battle for Stardom started with a lineup of judges consisting of some of the hottest names in music. Sean Combs, Meghan Trainor, DJ Khaled, and Charlie Walk, were the original cast of The Four, along with Fergie as host.

However, Charlie Walk pulled out of the show ahead of the finale on February 8. The Fox reality competition didn’t really dwell on his absence, but Fergie did make a statement at the beginning of the show.

“As you can see, we’re without one of our panelists tonight. Charlie Walk will not be attending tonight’s finale. But four artists are back to battle it out one last time with it all on the line,” Fergie said after introducing Combs, Trainor, and Khaled.

The final four contestants, Evvie McKinney, Vincint Cannady, Zhavia, and Candice Boyd, kicked off the finale with a group performance. And, shockingly, Walk wasn’t mentioned on the show again.

Walk’s presence also appears to have been scrubbed off The Four’s social media profiles, too! And, of course, the Twitterverse had a lot to say about Walk’s sudden departure from the show.

Some reacted to how The Four is making it seem like Walk was never part of the show, in light of the recent scandal. But those unaware of why Charlie Walk’s name was making headlines last week were in for a big shock.

On January 29, 2018, in an open letter, a woman named Tristan Coopersmith came forward with allegations of sexual harassment against Charlie Walk. Coopersmith is the founder of Life Lab, a women’s wellness studio. She previously worked with Walk at Columbia Records in the early 2000s.

Charlie Walk denied the allegations. However, he was placed on leave by Republic Records on January 31, pending an investigation. The following day, he released a statement.

“Out of respect for the contestants, my fellow judges and everyone involved with the show, I have made the decision not to attend the finale of The Four,” read the statement from Walk’s rep.

Walk’s statement continued, “I do not want my presence to be a distraction. Needless to say this is very upsetting. Although I continue to support the Me Too movement, there has been an extreme rush to judgment against me in this particular case which is unfair and inconsistent with anything that even actually happened. I welcome any investigation so that in short order these unfounded and hurtful accusations can be put to rest.”

The Four went on with the season finale without the music exec.

But on the plus side; Evvie McKinney sang her heart out and beat the other four contestants vying for the top prize! (Though, there’s already debate this morning on whether or no Zhavia should have won!)

McKinney now has a full-blown recording contract with Republic Records and she will be working with the other three judges to launch her music career.

So, make sure you keep an eye out for Evvie McKinney and her power vocals in the near future!