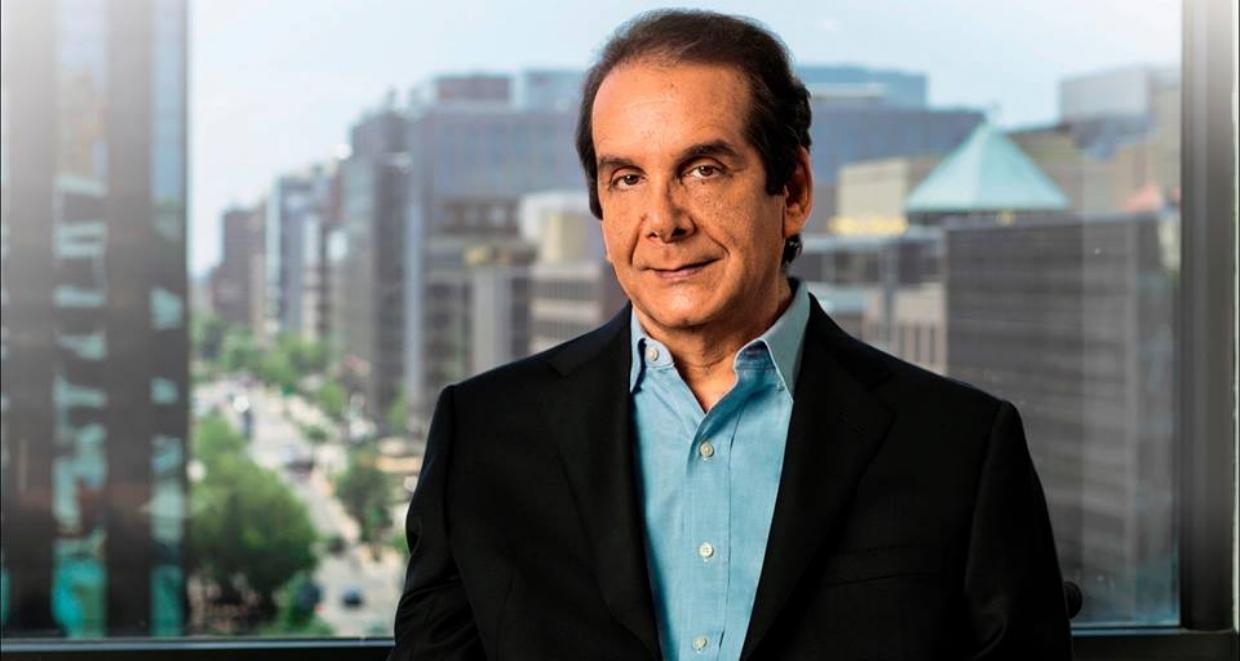 Update: Fox News’ iconic commentator Charles Krauthammer is dead at 68. He died in Washington D.C. on June 21, 2018 due to cancer.

The Pulitzer Prize winner left a note before his death, which suggested that his cancer had returned and that he had not more than a few weeks left to live. He had gone MIA for a while before suddenly giving fans the dark news about his health. He was not going to make it. What happened to Charles Krauthammer? The prominent media personality underwent surgery months ago but complications arose, and up until a couple of days ago, fans were only aware that he was still recovering.

What Happened to Charles Krauthammer?

In September 2017, Charles Krauthammer went MIA from Fox News’ panel. The political commentator garnered a massive fan base with his invaluable insight on issues. And countless people tuned into Fox News to watch Krauthammer, whether they’d agree with him or not.

That’s why his absence from the studio was glaring.

Fortunately, Krauthammer’s colleague, Bret Baier informed viewers that the columnist was recovering from surgery, and he updated fans on Krauthammer’s health status when he could.

The surgery was reportedly successful. However, Krauthammer has reportedly suffered a few setbacks on the path to recovery. As a result, he hasn’t been able to get back in the studio.

“It’s a longer road than anticipated but the support of family friends and kindly viewers continue to sustain me,” Krauthammer’s first statement read.

But since then, details about his surgery and condition have been kept under wraps and he didn’t elaborate on the setbacks. Those setbacks have taken a turn for the worse. On Friday, June 8, 2018 Doctors informed Krauthammer that he had only weeks to live due to cancer, which had returned and was spreading fast.

Krauthammer attended Harvard Medical School. One day during his first year as a student, he went for a swim in the pool. But when he dived, he hit his head at the bottom of the pool.

The accident didn’t leave any outer injuries on the young Charles. However, the angle at which he hit his head affected the cerebral vertebra.

The injury left him paralyzed from the waist down. He has since relied on a wheelchair to get around.

But his disability hasn’t held him back. Krauthammer went on to become a psychiatrist. The 68-year-old is a syndicated columnist, a media personality, author, and one of the most inspiring political commentators in broadcast journalism. And though he’d been missing from our screens for quite some time now, fans were not prepared for sudden confession this morning, that he’d been battling an agressive form of cancer and was losing the war.

He Fought Hard & Was Determined to Get Better

Through Baier, Krauthammer tried to update fans throughout his recovery, never revealing too much of what he was suffering from. “I am sure it is strange for your viewers that a regular panelist should disappear for months without warning and without any real explanation,” shared Baier reading Krauthammer’s statement, adding, “After my surgery, there were serious complications that took several months to stabilize.”

However, his condition had improved enough to begin intensive rehabilitation and he continued to inform fans of how he was doing. His spirits were certainly high, especially with his classic humor, so fans were not worried.

“This too is progressing well but as usual is intense and slow. Nonetheless, I am determined to make it back. I’ve got to — I can’t let you guys have all the fun,” the statement further said.

And then, on May 14, 2018 during Special Report with Bret Baier, the anchor read out an email he received from Krauthammer stating that the worst was over!

The statement read, “The worst now appears to be behind me, and I’m finally getting back on track with the rehab schedule that will eventually get me home.”

But on June 8, 2018, hopes were dashed when the news hit of Krauthammer’s sudden tragic diagnosis.

“My doctors tell me their best estimate is that I have only a few weeks left to live,” he revealed in a brief statement he wrote and posted on The Washington Post website.

“I leave this life with no regrets,” he wrote in the farewell message. “It was a wonderful life — full and complete with the great loves and great endeavors that make it worth living. I am sad to leave, but I leave with the knowledge that I lived the life that I intended.”

He explained that the cancer he had been treating (from a tumor in his abdomen) had come back, and was growing.

“Recent tests have revealed that the cancer has returned,” he explained. “There was no sign of it as recently as a month ago, which means it is aggressive and spreading rapidly.”

He thanked everyone who had “given consequence to [his] life’s work,” including colleagues, readers, and viewers, and remained humble and seemingly at peace.

He added, “I believe that the pursuit of truth and right ideas through honest debate and rigorous argument is a noble undertaking. I am grateful to have played a small role in the conversations that have helped guide this extraordinary nation’s destiny.”

Krauthammer has earned countless accomplishments for his medical and media work. Clinical doctors and researchers often refer his book on classifying mental illnesses.

In his days as a physician, he was a chief resident of psychiatry at Massachusetts General Hospital.

As a columnist for The Washington Post and The Weekly Standard, he received a Pulitzer Prize. His published works have been winning him accolades throughout his career.

And now, it appears that the list of his accomplishments are getting longer!

Baier capped off the statement from Krauthammer with some great news. Israel’s Ambassador to the U.S., Ron Dermer, sent an official letter to Krauthammer to notify him that he will be honored for his “uniquely valuable contribution to Israel and its alliance with the United States.”

The news anchor also added Baier’s response to the honor saying, “The honor is especially meaningful to him on this day, the day the U.S. embassy officially moves to Jerusalem.”