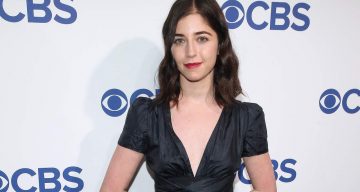 If you are keeping up with Bull, the TV show on CBS, you are probably wondering what happened to Cable on Bull. She risked her career for a friend only to be betrayed. Is Cable on Bull fired? Here’s what you need to know.

Fans of CBS’s Bull are at the edge of their seats wondering what’s going to happen to Cable McCrory. When TAC’s tech wiz landed in some hot water, Jason Bull saved her.

Now, Cable’s future at TAC looks bleak. So, will Cable be back on Bull?

Here’s what went down with Cable in the latest episode of Bull.

On the February 6 episode titled, “Keep Your Friends Close,” Cable (Annabelle Attanasio) tried to help out a friend. Her college roommate, Sarah (Auden Thornton), approaches her when her husband, Malcolm (Benjamin Thys), is arrested by the FBI.

Malcolm is a hacker who is hired by companies to test their security systems for weaknesses. He supposedly breached air traffic control computers at LaGuardia Airport and nearly brought down two planes. The incident was seen as an act of terror.

All evidence points to Malcolm as the culprit. A pregnant Sarah convinces Cable that he’s innocent and was nowhere near his computer when the LaGuardia hacking occurred.

Against Jason Bull (Michael Weatherly) and the FBI’s orders, Cable did her own investigation. She checks Malcolm’s digital signature for a third-party hacker who used his system. But she found that the hacker is, indeed, Malcolm.

While Cable is deliberating how to break this news to Sarah, the system has a glitch. Everything that was on the laptop vanished, and that’s when Cable realized she was set up by Sarah.

Sarah manipulates her to introduce a virus into Malcolm’s computer that erases everything. Cable unwittingly tampered with government evidence.

Because she willingly fell into the trap, Cable confesses everything to Bull about being manipulated. Although he feels for her, what Cable did was a serious crime, and the FBI arrests her.

Malcolm’s lawyer claims that the prosecutor’s team, which included Cable, tampered with evidence. He was released, but he couldn’t enjoy his freedom for too long.

Cable and Bull figured out his motive to hack Air Traffic Control. Malcolm intended to sell information about secret government planes to the country’s enemies. With considerable proof, they tried him again.

In exchange for her help, the FBI drops the charges against Cable. Although she is out of jail, she jeopardized the reputation of TAC. That leads Bull to fire her at the end of the episode.

Bull hasn’t told his team at TAC that he fired Cable. In last night’s episode titled, “Witness for the Prosecution,” the guys are curious about Cable’s absence while handling a new case.

Going about the case hits a roadblock without their resident tech genius, who had the smarts to pull out information from the digital world. The guys try to contact Cable, unaware of the true reason she’s out of reach.

Not wanting to return to the office or face her friends, Cable ignores their calls. She’s racked with guilt because she wanted to help an old friend but ended up jeopardizing her friends at TAC.

Cable only evaded a life sentence because Bull pulled some strings. But he was obviously disappointed in her. So she is turning her energies on finding a new job, but it’s not easy moving on from TAC.

This isn’t the last of Cable. There’s no indication of Annabelle Attanasio leaving the show. So it’s safe to say that Cable will be back to TAC soon.

It’s only a question of how.

Last night showed that Cable is an invaluable asset to her team. If she’s back in TAC, she will have to prove to Bull that she won’t put their work at risk again.

What’s in store for Cable in the future? Keep watching Bull, Tuesdays at 9:00 p.m. EST on CBS, to find out!