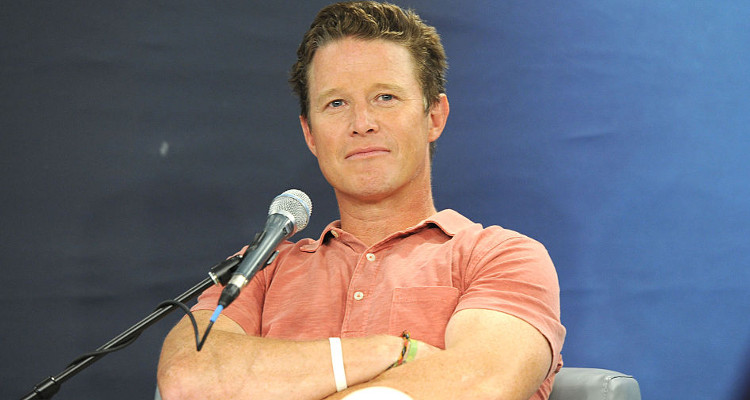 Billy Bush has been fired by NBC because of his part in the lewd conversation with Donald Trump in 2005, caught on a tape which recently surfaced. Though Bush apologized immediately, his bosses at NBC were in no mood to relent. Trump dismissed his comments as “locker room talk,” but the tape claimed Bush’s job.

The infamous 2005 tape in which Donald Trump is heard bragging about his aggressive sexual behavior with women has claimed Billy Bush’s job. People are asking, “Why did Billy Bush leave the Today show?” Some have assumed that Bush has left the show on his own and are also asking, “Why did Billy Bush retire?” The truth is that Bush did not leave the Today show willingly, nor has he retired. He has been fired by NBC for his participation in the lewd conversation with Donald Trump.

Blast from the Past

Billy Bush is an American radio and television host and a member of the prestigious Bush family, who has given the country two presidents, so far. Bush was the host of the The Billy Bush Show, a nationally syndicated talk and music radio show, that aired from 2008 to 2014. He was then named as a co-host on the third hour of the Today show on NBC. But only two months after his start on Today, all hell broke loose when a 2005 recording of a conversation between Trump and Bush was leaked, and the media got hold of it. On the tape, Trump openly brags to Bush about groping and assaulting women and getting away with it.

Bush is also heard on the tape encouraging Trump to talk, and he is heard laughing at his comments. The insensitivity shown by Bush in this incident has enraged both women and men. Following the surfacing of this tape, Bush was immediately suspended. In fact, Melania Trump said in a recent interview with CNN that Trump was led on and “egged on” by Bush to say such dirty and foul things. She believes Bush was in the wrong, and is seemingly shifting the blame for Trump’s derogatory comments on to Bush.

No Forgiveness for Bush

Since that 2005 tape was released, nearly a dozen women have come forward accusing Trump of sexually assaulting them. Trump has denied all of these allegations and dismissed his remarks as “locker room talk.” Though Bush had apologized immediately after the tape surfaced, it has not proved to be enough. NBC executive producer, Noah Oppenheim sent a note to the staff on Monday, October 17, 2016, announcing Bush’s departure. This must have come as a real shock to Bush, who just a few months ago had signed a three-year, $3.5 million per year contract to join the NBC’s morning show.

Getting on with Life

Bush said in a public statement that he is very ashamed with his behavior on that day in 2005, and was very sorry that he played along with Trump. However, NBC and the public are in no mood to forgive Bush at this point. His laughing and playing along with Trump’s derogatory remarks toward women has cost him his job. In their statement, NBC has wished Bush all the best, and the departure seems somewhat amicable. Bush too, has said that he is looking forward to the future and will try to put this incident behind him. Only time will tell if that happens or not.