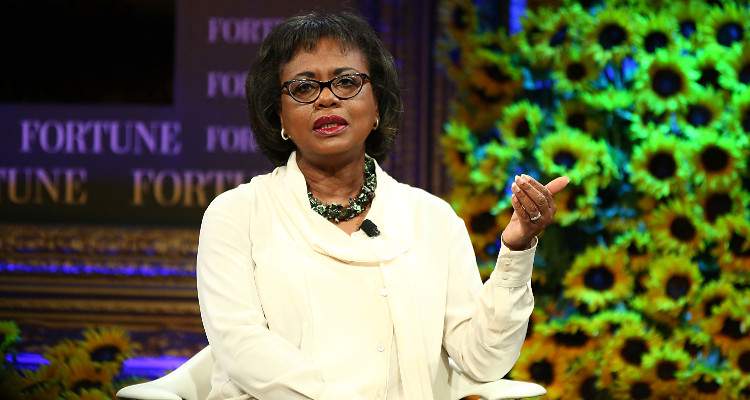 More than three decades ago, sexual harassment was common, but nobody spoke about it. Anita Hill changed that when she testified in front of the Senate Judiciary Committee and claimed that then-nominee for the Supreme Court, Clarence Thomas, sexually harassed her. So, what happened to Anita Hill since she waged war against sexual misconduct? Where is Anita Hill today?

In 1991, Anita Hill sat before a Senate panel and gave a detailed account of the sexual harassment she was subjected to by Clarence Hill, now incumbent Associate Justice of the Supreme Court. Back then, the concept of “sexual harassment” was new, and very few were on her side. Hill sparked a watershed movement in getting people to address the issue of sexual harassment.

Fast forward to 2017, and more victims are coming forward to expose people who used their positions of power to sexually assault them.

Who Is Anita Hill?

Years ago, journalist Jane Mayer said about sexual harassment, “Many of us had experienced it, but we didn’t really know the name for it or how to handle it.”

That was until Anita Hill, a law professor at the University of Oklahoma, testified before the Senate Judiciary Committee in October 1991, that her then-boss, Clarence Thomas, sexually harassed her. He was nominated for the Supreme Court, had the full backing of the Republicans, and was a shoo-in for the post.

Thomas was inducted into his Supreme Court position, and Hill bore the brunt of negative publicity. Her credibility had been questioned, and she was labeled as a spurned ex-lover.

Hill was pressured into resigning from the University of Oklahoma. But despite that, she brought the issue of sexual harassment in the open. Men remained quiet about her allegations at that time, while she was supported by women’s groups.

Back then, there were only two female senators and not many women in government. But Hill’s case proved to be a landmark for passing anti-sexual harassment legislation. And more women started running for office.

“I did what my conscience told me to do, and you can't fail if you do that.” Anita Hill. There’s not a lot of people I’d drive through flames for but Anita Hill is definitely one of them! So excited and honored to be on my way to a small meeting with this amazing woman. How has Anita Hill impacted you? It was declared the year of the woman the year after she was so mistreated. What will next year be called? #anitahill #womensrights #womensmarch #standup @emergecalifornia @christinaharbridge @womensmarch

Where Is Anita Hill Now?

It has been 26 years since Hill got people to start talking about sexual harassment. After accusations against the likes of President Trump, Roger Ailes, and Bill O’Reilly made headlines, September saw a groundbreaking turn of events in this movement. Several women accused Harvey Weinstein of sexual misconduct, which was followed by more high-profile people in Hollywood and other industries getting exposed.

Hill joined the faculty at Brandeis University in 1997 and authored books on her controversy and the African-American community. Over the years, she appeared on TV to talk about gender and race issues. But recently, the Hill-Thomas hearings have been revisited with all the sexual harassment scandals that have come to light.

The 61-year-old was at the United Talent Agency organized by the National Women’s Law Center on December 8, 2017, where she spoke about all the recent sexual misconduct scandals compared to hers.

“I don’t think of 1991 and 2017 as isolated moments in history,” Hill said. “I see them as part of an arc, and an arc that has been bending towards justice.”

In 1991, public opinion polls were against Hill. But she believes that more people would have believed her today. What’s different this time around is “when women told their stories, they weren’t immediately dismissed, disregarded, ignored, doubted and shamed.”

While Hill was at it, she schooled the room full of entertainment industry professionals in using their medium to depict the reality of sexual misconduct.

“One of the reasons we have been historically dismissed is that we have this problem of sexual harassment coming out of the movies as being the boss chasing the secretary around the room,” said Hill. “Sexual harassment becomes a punchline as opposed to a real serious problem that impacts people’s lives, deprives them of their opportunities, and, in many cases, can deprive people of their ability to make a living.”

Anita Hill has become a major activist on race and women rights. At the same event, she spoke about the lack of credibility accusers such as herself continue to face.

“We find some people credible but not others,” Hill said. “When we look at those stories through the lens of race sometimes, of class, of physical appearance, we are doing a disservice to the issue.”

Missing on this cover is #AnitaHill, the original silence breaker. Thank you Professor Hill for your sacrifice to begin the movement. #MeToo https://t.co/odTdMclYju