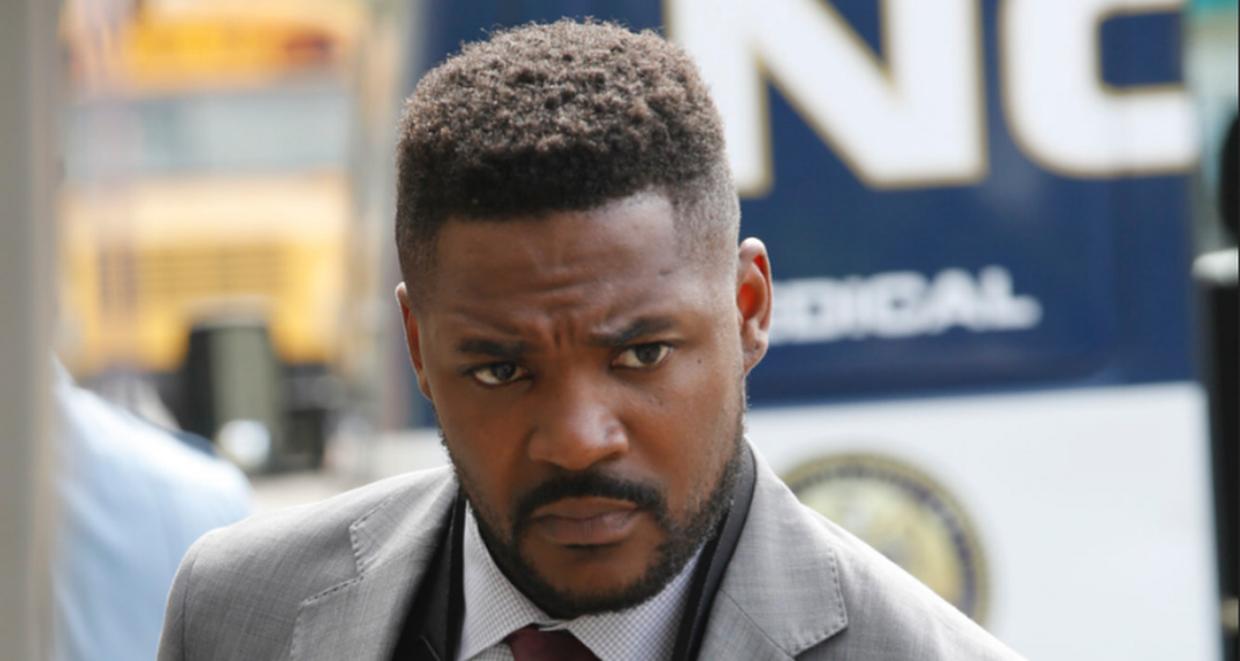 We hate to be the bearer of bad news, but a favorite character has left NCIS! No, we’re not just talking about Pauley Perrette. The show recently bid farewell to Clayton Reeves in an episode that left us in tears.

NCIS fans have been anxiously bracing themselves for Pauley Perrette’s final episode of the series. And then the writers threw us for a loop by killing off another character!

So, what happened to Clayton Reeves on NCIS?

But be warned as this piece is not spoiler-free! (Prepare the tissues—this one’s a tearjerker!)

What Happened to Reeves on NCIS?

Abby Sciuto’s (Pauley Perrette) departure from NCIS was announced when season 15 began airing in 2017. And fans had been waiting to see how the show would send her off.

We were promised an emotional farewell, and we got that. Except, no one told us we’d be saying goodbye to Clayton Reeves (Duane Henry), too!

At the end of last week’s episode, we have a little Abby-Reeves bonding time. And now that we think about it, that was a build-up to the train that was about to hit us.

Abby wins a chance to dine at the hippest restaurant in town, and the team’s trying to bribe her to be her date. But she’s reserving the other diner’s spot for someone more deserving.

That turns out to be Reeves.

Abby sees him give out homemade pizza to the homeless in memory of his mother who was homeless, too. Reeves is a bit emotionally involved in their current case, and Abby advises him on it.

After solving the case, Abby and Reeves celebrate at the restaurant with a divine meal. Things were going perfect, until they are cornered by a mugger after they leave the restaurant!

The mugger points a gun at them, and demands money. Reeves, without provoking the man, hands over his wallet. But Abby, being the noble fool she is, tries to talk the mugger into turning over a new leaf.

But her words have the opposite effect, and the mugger loses it. In the final seconds of the episode, the screen goes dark, and gunshots are heard!

After leaving us with the cruelest cliff-hanger, last night’s (May 8) episode of NCIS revealed the fallout of that heart-stopping moment. And yes, tissues were soaked with tears.

Gibbs (Mark Harmon) and the rest of the team were having a good time when they heard of Abby and Reeves’ incident. They rush to the hospital where we’re dreading to see Abby in a body bag.

As it turns out, Abby is still alive as she’s rushed to an ER.

The scene cuts to a morgue where Ducky (David McCallum), Torres (Wilmer Valderrama), Bishop (Emily Wickersham), and Dr. Palmer (Brian Dietzen) are gathered around the autopsy table. And as we dreaded at the start of this episode, the person on the table is Reeves.

The team deals with Reeves’ death and Abby’s critical condition in different ways, each more emotionally-charged than the next. But they still manage to come through to find Reeves’ killer.

They hunt down the killer, who happens to be a dishonorably discharged vet, and find him murdered. Among his things, they find evidence that he’s a hitman whose target was actually Abby.

So, Abby is shattered when she wakes up to discover that Reeves was the casualty when she was the target. Meanwhile, the team pours through old cases to try and find someone who holds a grudge against her.

They zero in on Robert King (Peter Jason) from season 6. The restaurant reservation was a setup to get Abby to that location.

Abby dodges the team and confronts King on her own. She successfully gets a confession out of him before letting Gibbs and Torres take him away.

Abby then arrives at the morgue where Reeves’ body is. She places a photo of Reeves and his mother next to his body (damn those onion-cutting ninjas!) and promises to do the right thing.

She breaks the news to the team that she’s escorting Reeves’ body to London, where he will be buried next to his mother. But she won’t be returning after the funeral.

Abby plans to fulfill Reeves’ dream to start a charity in his mother’s honor. And how can the team hold her back for that?!

So, after much emotional flashbacks and words, we bid a tearful goodbye to Abby and Reeves.

NCIS devotees were so absorbed in Pauley Perrette’s imminent exit from the show that they were hardly prepared for Duane Henry’s sudden departure. And naturally, they didn’t take it too well.

It appears that the door is left open for Abby to make a guest appearance or two in future episodes. But Reeves’ death leaves no room for a return to NCIS. (Sigh! No more of that gorgeous accent.)

That has led to angry Twitterati demanding an explanation from CBS for Henry’s departure.

Unlike with Perrette, there was no hint that Henry was leaving NCIS. So, the nature of his departure is still a mystery. Hopefully, the show won’t leave us in suspense about this sudden decision for too long!

In the meantime, Perrette is the angel that nominated Henry for the next James Bond. (Who do we need to call to make that happen?)

I love you @RealDuaneHenry You and me are family forever. My lil’bro. You are a talented superstar. I say, the next #JamesBond ? pic.twitter.com/ZwjZgZQn1m

WHY? Clayton Reeves=Duane Henry from NCIS= killed off in show! WHY? Bad enough we are losing Abby tonight, but Reeves was killed!!

@NCIS_CBS @PauleyP @DuaneHenry I have cried more 2nite over my beloved Abby, Reeves, NCIS Family. I will miss "Gibbs, Gibbs, Gibbs" & the wonderful British tones from our MI-6 Agent. It will take time 2 get over these departures. But as I do I wish all the best for Pauley&Duane!

Duane Henry…I’m sad all over again that your character left the show tonight! It just slapped me in the face right out of the blue!! You will be missed greatly!!

I hate you #NCISWriters! Duane Henry was a breath of fresh air after Michael Weatherly left. He was a wonderful character. And that accent always made my heart skip a beat! You broke my heart. #NCIS #GoodbyeClaytonReeves