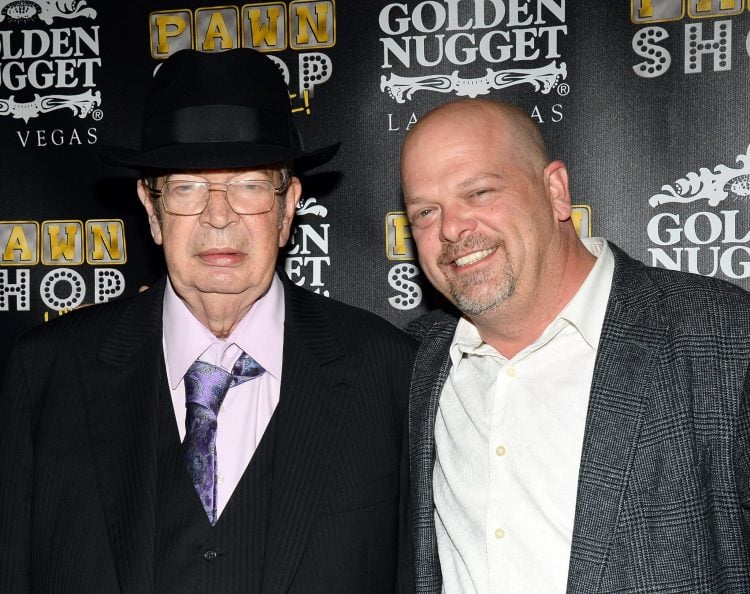 What happened to “The Old Man” on Pawn Stars? Did The Old Man on Pawn Stars die? Reports surfaced this morning that he passed away earlier today. There has been a Pawn Stars Old Man death hoax in the past, but it seems that this time, the news is true. We have all the details, plus some interesting facts about his time on the show.

Is “The Old Man” on Pawn Stars still alive? That’s the question people have been asking for a while, after noticing his absence, and it has spawned many rumors regarding his death. However, today reports have surfaced confirming that this time, it is not a rumor; Richard Harrison, better known as “The Old Man” from Pawn Stars has died.

It’s understandable why some are scratching their head in confusion, wondering if this time the news is real. Why? Well, The Old Man from Pawn Stars supposedly passed away in June 2016! But thanks to the debunking website Snopes, this report was quickly shut down and explained.

The rumors had apparently stemmed from a Facebook page called “RIP Old Man’ Harrison” that alleged that he passed. But at the time, Harrison was actually alive and well, and neither the History Channel nor his co-stars on Pawn Stars had made any announcements or confirmations regarding his alleged death. However, according to the latest sources, Harrison’s son Rick made a statement this morning confirming the news of his passing.

”’The Old Man’ Harrison passed away this morning surrounded by those he loved,” Rick said. “He will be tremendously missed by our family, the team at Gold & Silver Pawn and his many fans the world over.”

He Retired from Pawn Stars & Stayed Out of the Media

Since The Old Man from Pawn Stars retired after suffering a stroke a few years back, he had been keeping up a fairly quiet life away from the media. Other than the death hoax about Harrison in 2016, there hadn’t been many reports on his whereabouts, until today.

Despite the lack of media attention about his life after Pawn Stars, The Old Man is still a much-loved character on the show. In August, the History Channel shared a video of some of the most memorable moments with him. He will be greatly missed by all staff and fans of the show.

If you’ve never watched the show, Pawn Stars follows three generations of the Harrison family as they assess the value of items coming in and out of their Gold & Silver Pawn Shop in Las Vegas, from the commonplace to the truly historic.

Richard Harrison, aka The Old Man or “The Appraiser,” was born on March 4, 1941. He grew up in Lexington, North Carolina. Harrison worked as a school bus driver, served in the U.S. Navy for 20 years, and then assisted his wife with her real estate business before he finally started the Gold & Silver Coin Shop with son Rick Harrison in Las Vegas in 1981.

They later obtained a larger location and a license to sell secondhand goods, paving the road towards the very successful Gold & Silver Pawn Shop featured in Pawn Stars.

Harrison married Joanne Rhue in 1960. The couple had four children together: Sherry (who sadly passed away at age six), Joseph, Rick, and Chris.

Prior to announcing his father’s death this morning, fans last heard from Pawn Stars’ Rick Harrison on October 3, 2017, when he commented about the horrific Las Vegas shootings. He appeared by telephone on Fox Business, and talked about the deadliest mass shooting tragedy in the history of the United States, which occurred in Las Vegas.

He began by saying, “Unfortunately, there is evil in the world,” and complimented the local police for handling the situation as well as they could. He found it incredible that they were able to stop the shooter in the first place. He talked about his initial shock, that continued on as more information was revealed about the shooter and his access to weapons.

Today, he had to make a much harder statement to let the world known that his father, The Old Man from Pawn Stars, who fans loved dearly, had indeed passed on.

“He was my hero and I was fortunate to get a very cool ‘Old Man’ as my dad,” added Rick. He didn’t go into detail on the causes surrounding his father’s death, so at this time, it is still unclear what actually led to his passing. Richard Harrison was 77.