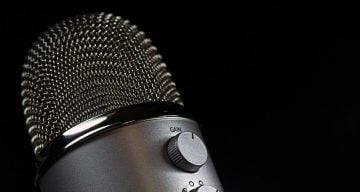 What happened to The Luis Jimenez Show? That’s been the question on the minds of fans who may be confused about the status of the Hispanic morning radio show. If you have also been wondering about the popular radio show, then we have some news for you.

It’s no wonder fans are asking about the show and what happened to it; it’s gained a huge following over the years! If you’re a fan of Luis Jimenez’s show, then you will want to know what we have to say about the comedian and what he’s been up to. You may be surprised at what the man’s been up to!

What Is The Luis Jimenez Show?

For those who are unfamiliar with the show, we can give you a little background. If you’re outside of the U.S. Hispanic demographic, then there’s a possibility that you haven’t even heard of The Luis Jimenez Show! The show’s main focus is to make the lives of its listeners more entertaining, which is exactly what they do. Unlike most radio shows, listeners have to subscribe to tune in, which also includes a small subscription fee posted on the show’s website. Jimenez talks about anything and everything on people’s minds, and no topic is off limits.

Subscribing for content on a radio show may not seem worth it, but Jimenez offers his listeners something they enjoy. There also aren’t many mainstream radio shows that cater to the Hispanic community, so his fans appreciate what he brings to their morning commutes.

Can’t Get Rid of Jiminez That Easy!

If you thought Jimenez got cancelled, then we have good news! We don’t know what you’ve been told but the show is still on the air! Jimenez often replies (in either Spanish or English) to his fans on social media and also provides a number to call the station. If he were ever being cancelled, he would let his loyal fans know in advance. However, fans may remember his old show abruptly being cut from the air a few years ago…and we’ll get to that in a minute.

Luckily for his followers today, the radio host isn’t going anywhere, anytime soon. That’s a relief for his fans, since they often feel comfortable speaking their minds, both online and on the air!

Is The Luis Jimenez Show Cancelled? Well, It Was…

The Luis Jimenez Show was actually one of the longest-running morning radio shows (in Spanish) broadcast on WXNY-FM in NYC from 2007-2014 and it was syndicated live to a number of different markets in the U.S.

But on July 22, 2014, The Luís Jiménez Show was canceled abruptly by Univisión Radio without any explanation!

However, with the changing times, Luis Jiminez bounced back and created his own network for listeners all over the world to subscribe to and listen. So, the show returned on “The Luis Network” (Jiminez’s own network) to the excitement of fans instead of getting the boot, like so many other radio shows have gotten in the past. Jiminez refused to let his show die and today it is better than ever!

A Whole New Platform of Entertainment

According to the show’s Facebook page, “For years we’ve been the most engaging Spanish radio morning show in the US Hispanic market. More than listeners we have fans. So the next logical step is to provide a whole new platform of entertainment created by Luis Jimenez and his crew with the sole purpose of making your life more fun! We call it LUISNETWORK.”

The about us section went on to further explain that, “Our fans will now become members and will have the ability to control exactly when they want to listen to us, either live or at any time on multiple platforms and devices. You can listen to the whole show or enjoy a specific segment of your choice. Members will have direct access to the Decision Makers on our network … us!”

So, it seems that even though Univision Radio (the original network that aired the The Luís Jiménez Show) decided to pull the plug on it, Jiminez himself was not going down without a fight!

Today, the show has garnered more fans than ever and continues to deliver what listeners want (which include the classic key elements like prank calls, musical parodies, comedy sketches, humorous commentary, and more).

If you have been to Jimenez’s Instagram account, then you will find his fans interacting with him personally, as well as his latest radio interviews. He has thousands of followers and always manages to keep his guests and listeners entertained. Luckily, his fans won’t have to worry about him going off the air anytime soon and can continue staying up to date!