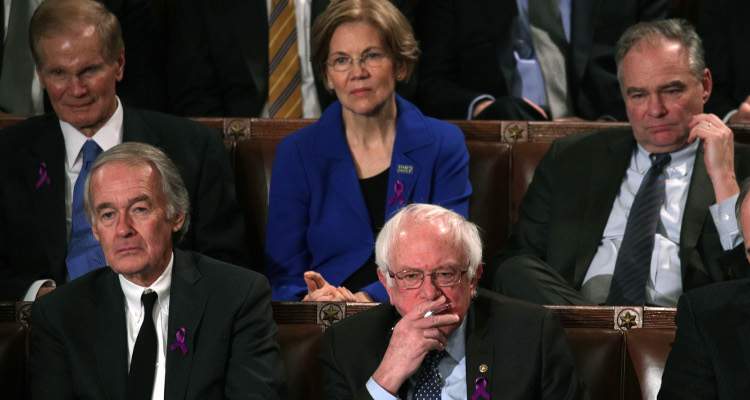 Many people are standing up for different causes by donning a symbolic ribbon. At the State of the Union Address, many senators were seen with a purple ribbon pinned to their clothes. What does the purple ribbon mean?

What Is the Opioid Epidemic?

President Donald Trump delivered his address to the people of the United States last night about the progressive changes in his administration.

Trump said that, during the past year, he brought about a radical change in the job sector, tax reforms, and many more important issues.

But another problem that was silently addressed by lawmakers was the opioid epidemic. And that’s what the purple ribbon represents.

According to the National Institute on Drug Abuse, the opioid epidemic is an epidemic in the United States caused by overdosing on or by an addiction to opioids in prescription and non-prescription drugs.

The epidemic is a rapid increase in the intake of opioids, such as oxycodone and hydrocodone (Vicodin). These drugs led to addiction in patients and, in many recent cases, caused death.

The problem is persistent and goes back to the late ’90s when many patients were reassured by pharmaceutical companies that they would not be addicted to drugs that contained the synthetic painkillers. Thus, doctors began to prescribe opioids at a higher rate.

According to reports, more than 90 Americans are dying every day due to an opioid overdose.

What Do the Records Suggest?

It was estimated that in 2015, more than 33,000 Americans died due to heavy consumption of opioid drugs.

That same year, the epidemic cost the U.S. government an estimated $504.0 billion. The Center for Disease Control and Prevention director, Thomas Frieden addressed the issue as critical.

Last year, President Donald Trump declared the opioid crisis a public health emergency. The death rate went up to an estimated 67,000 due to overdose.

Is There a Solution to the Epidemic?

Treatment for addiction is mostly addressed in terms of prevention, rather than tending to those who are already affected.

There are two types of treatments available, behavioral and medical. The former proved to be less effective. In North America, the first safe injection site, which allows addicts to use drugs in an environment where they can immediately receive aid in cases of an overdose, opened in Vancouver.

Here are some tweets by Senator Ed Markey, Senator Jeanne Shaheen, and other senators who addressed the epidemic:

Tonight, I’m proud to show my support at #SOTU for 2 very important causes: a #TimesUp pin in solidarity w/every American fighting to end sexual harassment in the workplace, & a purple ribbon to raise awareness for those affected by the devastating opioid epidemic pic.twitter.com/FmPq6LQ8v9

Joining @SenatorShaheen & @SenatorHassan in wearing a purple ribbon during #SOTU to raise awareness about the opioid epidemic. It's disappointing that @POTUS declared the opioid crisis a public health emergency, but then did virtually nothing. #AYearofTrump pic.twitter.com/vSX9FntzOk

On my way to #SOTU. I'm wearing a purple ribbon tonight in honor of those suffering at the hands of the #OpioidCrisis. Addiction touches all of us and it's time for real action to address this public health crisis. pic.twitter.com/eYINDYiKoP

The President must finally begin fulfilling his promise to deliver treatment resources to NH & the country. Words are not enough to address the opioid epidemic. My statement on the #SOTU https://t.co/X3jFxTnTTO

We cannot leave communities suffering from the #OpioidCrisis without help and without hope. Tonight, I am wearing this purple ribbon to the #SOTU to raise awareness about this national epidemic. I won’t stop fighting for funding for prevention and treatment programs. pic.twitter.com/XjeNl6vkA8