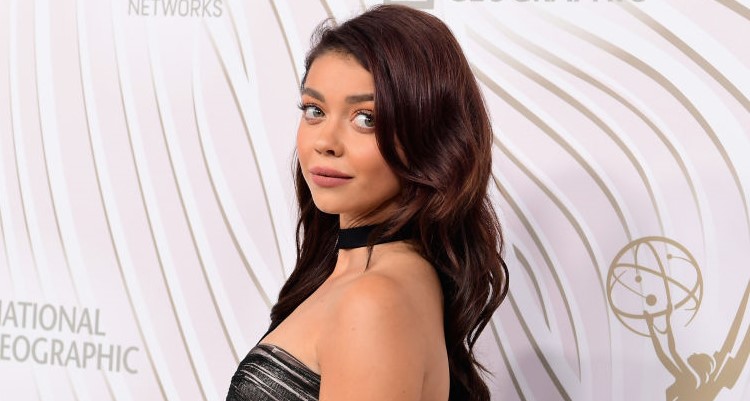 If you’re a fan of Modern Family, then you will be happy to know about the news of Sarah Hyland’s boyfriend! Unexpectedly, she recently found love in reality TV star, Adam Wells —who was a fan favorite on all of his Bachelor franchise stints! If you want to know more about Sarah Hyland and Wells Adams’ relationship, then have a look at our Wells Adams wiki!

Who is Wells Adams?

Wells Adams’ age is 33 and he’s a six-foot-tall radio DJ from California, who moved to Nashville, Tennessee, where he hosted on radio stations ALT983 and 1059TheRock. Aside from his radio show, he’s best known for being on JoJo Fletcher’s season of The Bachelorette. He was also the resident bartender on season 3 of Bachelor in Paradise.

Who is Wells Adams Dating?

While he may not have found love on any of the Bachelor shows, Adams managed to find it with someone off camera, who’s currently also on-camera in her career. That’s right! He’s dating the Modern Family star and they have confirmed their relationship on Sarah Hyland’s Instagram account.

“He puts up with me,” she captioned a photo of herself with Adams.

After all those rumors about the actress and Bachelorette and Bachelor in Paradise alum dating, fans can finally rest easy knowing the truth.

For Halloween this year, the pair did what all couples do and decided to dress up. They chose to be characters from the hit Netflix series, Stranger Things and captioned the photo: “11 hangin’ out with a 10.”

Hyland captioned her Halloween photo, saying #strangerthings have happened,” while Adams was dressed as Eleven and Hyland was dressed as Dustin Henderson. (They would be clear winners at the office Halloween contest!)

What really happened between Adams and Maltby? Fans remember them sharing a passionate kiss on Bachelor in Paradise and there were several Internet rumors of them dating. In a past interview with Glamour, Adams talked about his kiss with Maltby.

“Probably long before the show started, to be fair,” said Adams, when asked when he knew he was going to kiss Maltby. “Danielle and I have been friends for years. I went on The Bachelorette, and she went on The Bachelor, and I remember thinking, “Oh, this is weird. We’re both doing the same thing. If there was ever a world in which we were on the same show, I think I’d want to make that happen.”

“I think she probably felt the same way,” he added. “We went on a date years ago and nothing ever materialized from it, so it was one of those things where we gotta see what it is like. When she was leaving, it was like, “I might as well do it now.”

While Adams thought there was hope for them in the past, unfortunately that wasn’t in the cards.

“Yes, there’s definitely hope for us. Everyone needs to put everything into perspective, though. Everyone was dating on the show and being romantic. Our little story [between me and Danielle] started at the end of it [when she was about to leave]. And then she went to Africa for a couple weeks, so we were way behind.”

He continued: “I realize America is really shipping this thing, but we are so far away from that, mainly because we haven’t been around one another. It’s a weird thing coming home and watching the show back and feeling so much pressure from everyone else to make something you’re not sure is there to begin with.”

If you though Maltby was going to be upset about missing her chance with Adams, then you would be wrong. The reality star couldn’t be happier for the new couple.

“Are you kidding me? I ship this couple SO hard! I’ve never seen Wells so giddy and happy! Try spreading some love instead of knocking down one of the cutest and most genuine coupling I’ve seen in a long time,” Maltby said in an Instagram comment.