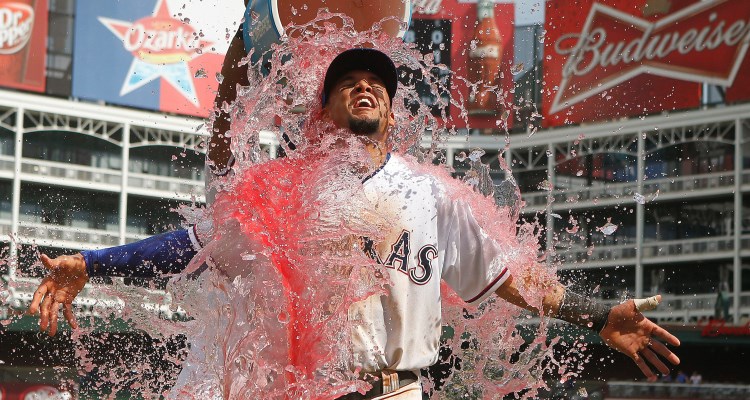 The Boston Red Sox are in the lead with 77 wins and 61 losses, tied by score with the Toronto Blue Jays. The Baltimore Orioles are close behind with 76 wins and 62 losses. The New York Yankees have 72 wins and 65 losses, and Tampa Bay come in last with 58 wins and 79 losses.

The Cleveland Indians are in first place for American League Central with 79 wins and 58 losses. The Detroit Tigers take second with 75 wins and 63 losses. In third place, the Kansas City Royals slide in with 72 wins and 66 losses. The Chicago White Sox take fourth with 66 wins and 72 losses, and finally in fifth place the Minnesota Twins have 51 wins and 88 losses.

The Texas Rangers are in the lead with 83 wins and 56 losses – they’re hitting the ball out of the field with the most wins out of all the American League teams! The Houston Astros follow behind with 74 wins and 64 losses. The Seattle Mariners take third with 70 wins and 68 losses, and the Los Angeles Angels come in fourth with 62 wins and 76 losses. The Oakland Athletics are in fifth with 59 wins and 79 losses.

In first place for National League East are the Washington Nationals, with 81 wins and 57 losses. Next, we have the New York Mets with 73 wins and 66 losses. In third are the Miami Marlins with 68 wins and 71 losses. In fourth place are the Philadelphia Phillies with 62 wins and 76 losses, and in fifth we have the Atlanta Braves with 54 wins and 85 losses – ouch!

The Chicago Cubs destroyed the competition with 89 wins and only 49 losses! They carry the highest number of wins and lowest number of losses in both the American and National League games! The St. Louis Cardinals have 73 wins and 64 losses putting them in second place. The Pittsburgh Pirates take third with 67 wins and 69n losses, Milwaukee Brewers take fourth with 61 wins and 77 losses, and in fifth we have the Cincinnati Reds with 57 wins and 80 losses.

The team holding first place in the National League West is the L.A. Dodgers with 78 wins and 60 losses. In second place, the San Francisco Giants have 74 wins and 64 losses. The Colorado Rockies take third with 66 losses and 72 wins. In fourth place, the Arizona Diamondbacks have 58 wins and 80 losses. Finally, in fifth place are the San Diego Padres with 57 wins and 81 losses.