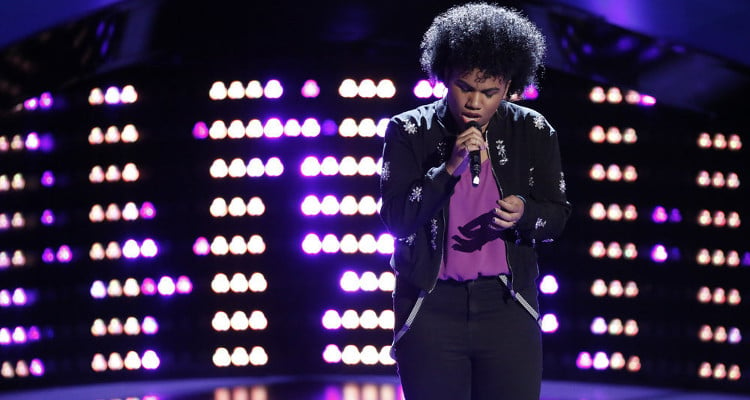 The Voice preview was aired on August 21, 2016 after the Olympic Games closing ceremony was telecast. The opening performances showed straight away that The Voice 2016 was going to be one hell of a show. Two of The Voice contestants performed on the show and it was evident that there were several powerhouse performers on the show and it was going to be very difficult to judge who the winner will be eventually. We McDonald, The Voice’s first contestant performed a powerful cover version of Nina Simone’s “Feeling Good” that made all the four coaches invite McDonald to their team.

However McDonald chose to be part of Alicia Keys’ team. Keys won McDonald to her side when she said “You’re so beautiful,and you’re so perfectly yourself. I just feel so much inside of you and that’s what we need in music.” On hearing this, McDonald broke down and revealed that she was bullied in school for a long time. Keys then told her that she need not be anybody else but should be herself. Keys said that McDonald was born to show people what love sounded like. After such an emotional moment there was never any doubt that McDonald would choose Keys’ team.

Another of The Voice season 11 contestants who gave a great performance was 17 year old singer Darby Walker. Walker gave a strong rendition of “Stand By Me” that made all the judges except Adam Levine spin their chair around. Miley Cyrus bonded with Walker over their respective grandmas and it was clear that Walker would choose to join Cyrus’ team. Cyrus then got on stage and then both of them gave a performance of the Dolly Parton hit “Jolene.” Keys tried to win over Walker to her team but Walker threw her lot in with Cyrus.

The evening saw the two female judges Cyrus and Keys overshadowing the two male judges and grabbing the best performers for their teams. However it was all in good spirits and everybody was in a playful and fun mood. The show ended with all the four coaches belting out a rousing rendition of the Aerosmith classic “Dream On” that brought the house down. The fans screamed and the coaches let loose their full vocal prowess as the curtain fell down on an exciting evening.

In the end a tribute was paid to the memory of ex-contestant Christina Grimmie who was shot dead tragically in June earlier this year. People remembered with sadness the late singer who had won millions of hearts by giving fantastic performances in the 2014 season 6 show. The Voice season 11 kicks off on September 19, 2016 on NBC. Millions of viewers are going to tune in to the show where some great talent will be unearthed. So keep your date with The Voice on the above mentioned date. Be there for the love of music.

For more on The Voice season 11, please click on: