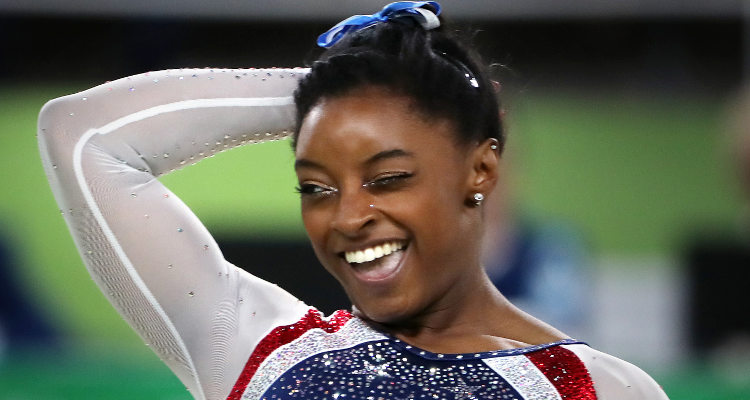 Nowadays, when it comes to gymnastics, it seems the only name on everyone’s mind is the 19-year-old gymnastics prodigy, Simone Biles. The exceptional gymnast has been in the spotlight for her flawless floor routine at the 2016 Rio Olympics, and has bagged three gold medals and one bronze, so far. For all the eager gymnastics fans Googling terms like, “watch Simone Biles fall off balance beam video,” “Simon Biles wins fourth medal,” “wins bronze,” and “Rio Olympics 2016,” stay right where you are, because we’ve got all the details on the heart wrenching video of Simone Biles fall off the balance beam right here.

Even with a costly miss, @Simone_Biles earned a #bronze medal in the beam exercise! More: https://t.co/GC8JvF1EcN https://t.co/bN252kpT73

The stunned audience watched with baited breath as Simone stumbled on the balance beam and briefly lost her footing. She had to bend forward and hold on to the beam, to stop herself from falling off. Grabbing this golden opportunity, Dutch gymnast, Sanne Wevers, quickly sprang into action and grabbed the gold medal with a flawless balance beam routine. Simone’s Team U.S.A fellow athlete, 16-year-old newcomer, Laurie Hernandez secured second place with the silver.

wow I did it – Olympic Vault Champion ???????? so much pride in representing the united states

Biles confessed that, “It’s something that you guys shove into my head, and at 19, I can’t put that much stress on myself because I am only 19. I think you guys want it more than I do because I just want to perform the routines that I practice.”

24-year-old, Sanne Wevers scored an impressive 15.466, Laurie Hernandez scored 15.333, while Simone Biles got a 14.733. Biles’ longtime coach, Aimee Boorman stated that, “I see it as a triumph. Besides that error, the rest of the routine was excellent. I can’t even critique it. Sometimes your feet slip.”

funny thing is back then we never thought we would be competing at the Olympics. Crazy how things happen, so excited to be competing in Beam Finals today with this girl ????????❤️ love you so much! • DREAM BIG GIRLIES• ✨ 8.15.16

National team coordinator, Martha Karolyi proclaimed that, “Simone is also a human being just like all of us. We try to say that she is a super human, but actually, I think probably a little bit the pressure get to her or just mentally under the situation that you permanently have to focus and permanently have to be extremely sharp. Your brain maybe for a moment, it just gets tired.”

Biles herself revealed that she wasn’t too upset after the loss of the gold medal. She explained to reporters that, “The rest of the routine was still pretty good, so I can’t be too disappointed in myself.” She shared her happy news on Twitter with her ever-increasing fans, and even celebrated her fourth medal on Snapchat. So far, Simone has won a gold medal in the women’s vault, team all-around, individual all-around and a bronze in the women’s beam. You go, girl!

Simone Biles’ fans needn’t be too disappointed with her loss of the gold medal. She still has one last shot at the gold, when she competes in the floor exercise final on Tuesday. Guys, keep your fingers crossed!