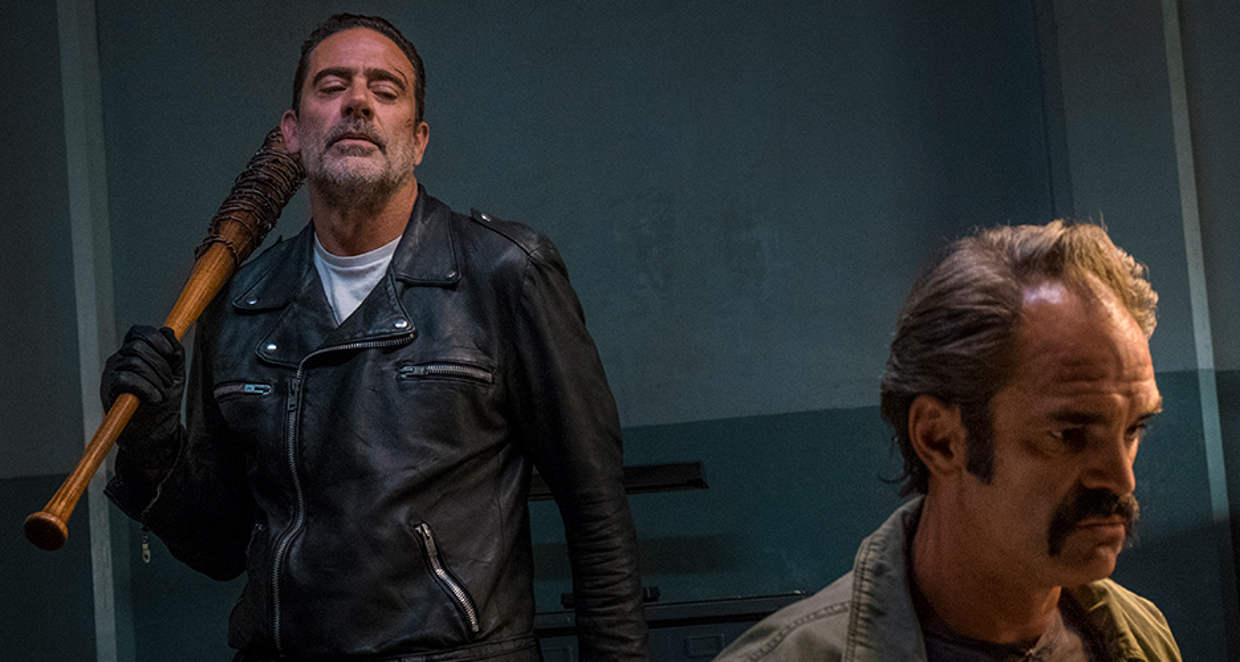 Scott Gimple’s apocalyptic thriller has been on the air for eight seasons now and the deaths have been almost too much for fans to bear! Still, somehow Game of Thrones manages to kill off more characters in one episode than The Walking Dead does in a season, but that doesn’t stop fans from tuning in. But time is running out and fans want The Walking Dead season 8 spoilers for the next episode.

Before we go any further, just remember that there is a chance you may read one of The Walking Dead spoilers that have been lying around! So, if you’re not afraid of a little preview, then keep reading to learn more.

In case you need a quick recap, Negan is still alive and he’s still up to no good. When Negan returned to the Sanctuary, he had a few tricks up his sleeve and he knew about the deaths of the trash People, unlike Simon. Negan revealed that it was Simon, not him, that killed all the men of the Oceanside group!

Negan also had a plan to stop anyone from leaving Hilltop, by sending everyone to different locations where guns and ammo were stashed. His plan: kill anyone trying to leave. In a plot twist, Dwight betrays Simon and sides with Negan and then Negan kills Simon’s allies! Negan kills Simon after they fight, turning him into a zombie, meaning Dwight got played. In a plot twist, the whole thing was a trap from Negan; Dwight gave Rick bad intel, so now only those loyal to Negan are left.

According to Gimple, this season is going to wrap up all the others and season 9 will be “a new show.” Fans are hoping that Rick finally kills Negan and his followers, while others don’t see much of a happy ending in sight. (Then again, we have all seen TWD situations where it looks like all hope is lost and the righteous come out on top!)

Negan tries out his gun on a bag that says “Rick” on it, so it’s pretty obvious what his next move will be.

“This episode isn’t just like these 15 episodes coming to a conclusion, but Angela and myself and the writers had always talked about this in many ways being sort of the conclusion of the first eight seasons,” Gimple told Entertainment Weekly.

He added, “This show will be very much a new show next year and with a bigger, new narrative. It was something I was really excited about getting into even before season 8. And so there was just a certain weight in the air of the kind of conclusion that we were getting closer to.”

Fans will be happy to hear this news, as the show has been getting some real flack for lacking this season. It has been a slow, uphill battle and it seems fans are just ready for something new. Hopefully, this really means producers will be mixing it up next season and bringing fans what they want! ( A less slow/boring storyline, to say the least…)

Rick at one point, while tucking in his daughter, talks to Siddiq about Carl’s sacrifice and the importance of remembering those they’ve lost. Good news: Morgan doesn’t die, since he will be crossing over into Fear of the Walking Dead! It is a spoiler, but it’s one die-hard fans of both shows should have picked up on! But many are still wondering if Carl is really dead. Since the decision to kill him off the show strayed from the original comics, many are still theorizing that somehow, he’s not really gone.

However, spoiler alert, he is. Though rumors have surfaced that he wasn’t actually bitten by a walker, but rather a type of human that acts as a walker, unfortunately, those rumors are not true.

As this season ends, it’s only paving the way for all that is to come next season, and the showrunner’s have assured fans that killing off these specific characters was necessary for the upcoming storylines.

“I know that Carl’s death has massive importance to the characters and even to the fate of the world that we have on the show and how it moves forward. Obviously, I want our audience to be happy and I don’t like them in pain, but it’s part of a very big story that takes a lot of hard turns. But honestly, it is going towards a greater purpose and a greater message,” explained Gimple.

Well, if you say so. All we know is we can’t wait for this next season to understand the decisions being made…and hopefully we will have mourned the deaths of our favorite characters by then!

The Walking Dead season finale airs on Sunday, April 15, at 9:00 p.m. EST on AMC. And don’t forget to tune into the highly anticipated Fear the Walking Dead crossover!

The giant Walking Dead/Fear the Walking Dead crossover happens THIS SUNDAY! Who’s going to tune in for both? #thewalkingdead #feartwd #skybound #survivalsunday #twd