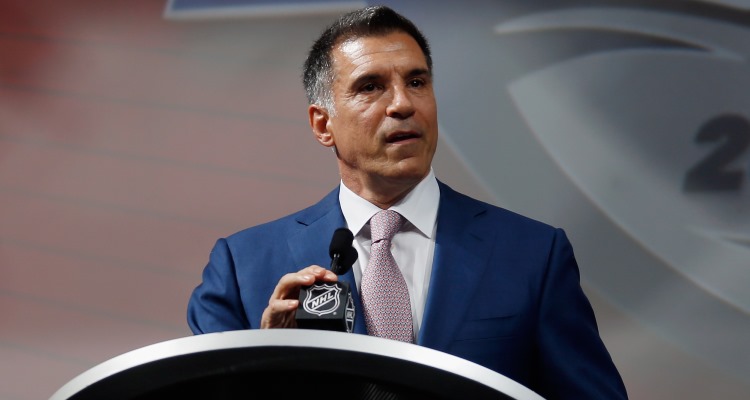 Who is Vincent Viola? You may not have known who he was before, but he was just picked to be secretary of the army, as part of President-elect Donald Trump’s cabinet. Whether you’re looking for information on Vincent Viola’s sons or Vincent Viola’s net worth, we have everything you need, courtesy of our Vincent Viola wiki.

President-elect Donald Trump has another billionaire in mind to add to his administration and he has both a business and military background. Vincent “Vinnie” Viola may only be known to the heavyweights on Wall Street, but if all goes well for his nomination, he will be known by the world.

Vincent Viola, also known as “Vinnie” in the financial sector, was born in 1956. It’s unknown who his parents are but he was born into an Italian American family in the Williamsburg neighborhood of Brooklyn, New York. His father immigrated from Italy and worked as a truck driver, after serving in the U.S. Army during World War II. It’s no surprise to anyone that Vincent father had an impact on his life during his youth, up until the point of adulthood.

In his youth, Vincent attended Brooklyn Technical High School and earned his bachelor ‘s degree from the United States Military Academy, in 1977. He earned his law degree from New York Law School, when he graduated in 1983. He was actually the first in his family to go to college!

In 1977, Vincent was authorized as a second lieutenant in the U.S. Army and served in the 101st Airborne Division, before eventually being given the rank of Major in the Army Reserves.

Secretary of the Army

It looks like Trump is finalizing a few things before he moves into the White House and it seems to be full of billionaires! Vincent, yet another billionaire businessman, was tapped on Monday for the position of Secretary of the Army. Given his military background, we can see why Trump would choose Vincent to join his administration.

If Trump’s choice is confirmed by the Senate, Vincent will essentially serve as the CEO of the Department of the Army, which functions under the Department of Defense. He would also manage army policies, budgets, and programs—something he’s all too familiar with, given his business background.

“Whether it is his distinguished military service or highly impressive track record in the world of business, Vinnie has proved throughout his life that he knows how to be a leader and deliver major results in the face of any challenge,” Trump said in a statement.

“This great honor comes with great responsibility, and I will fight for the American people and their right to live free every day,” Vincent said in a statement. “A primary focus of my leadership will be ensuring that America’s soldiers have the ways and means to fight and win across the full spectrum of conflict.”

Career and Net Worth

Vincent got his start in the stock exchange, and moved to the New York Mercantile Exchange in 1982, where he was its chairman from 2001 to 2004. But he owes his fortune (an estimated net worth of $1.8 billion) to Virtu Financial, the electronic-trading company he founded in 2008. The company uses powerful computers to produce large numbers of transactions at high speeds. And as it turned out, Vincent managed to make a large profit at a very high speed, as well. Vincent took the company public in April 2015.

How many people can say they own a sports team? Not many, but Vincent can, since he bought the Florida Panthers in 2013. He became owner of the hockey team after he bought them from a group of investors that included billionaire, Wayne Huizenga, for $160.0 million. Since acquiring the team, he has brought his military ties and influences to the team, holding training camps and playing games at West Point. 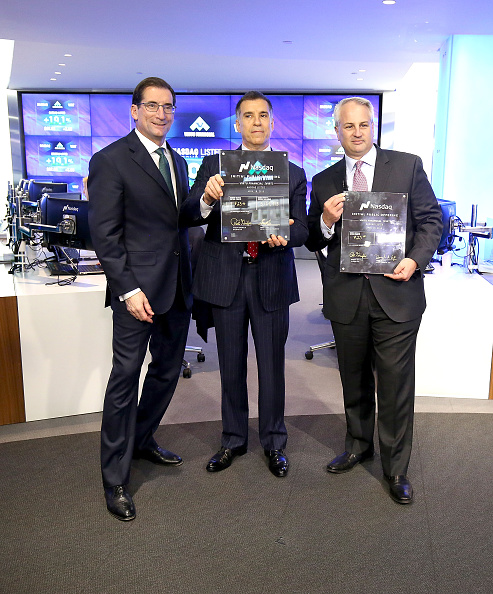 Every king needs a castle, right? So, why should Vincent be any different than all the other financial titans on his block? Vincent owns a 200-square-foot townhouse on the Upper East Side of Manhattan, near Central Park. He listed the home in 2013 for $114.0 million, but later reduced it to $98.0 million. This past April, he bought a Brooklyn building near his childhood home, for $105.0 million, from the Jehovah’s Witnesses.

In the words of Carrie Bradshaw: “Apparently you can go home again, but it’ll cost you.”

But what’s a few million to a billionaire anyway?

Vincent is married to Teresa Viola and they have three adult sons together. Not much is known about his wife or his family, including how they met. The 60-year-old lives with his family in Manhattan.