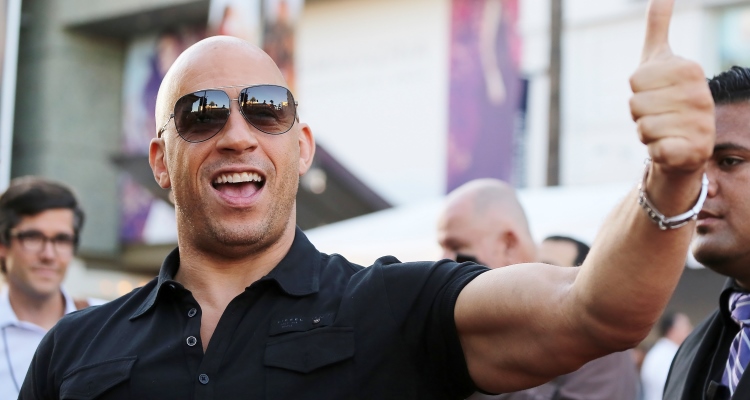 Actor, producer and writer Vin Diesel was born Mark Sinclair on July 18, 1967, in Alameda County, California. Diesel and his twin brother, Paul, were raised by their mother Delora and stepfather Irving Vincent. Their biological father left the family before the boys were born. Diesel’s passion for acting developed early on and always knew he was going to be a movie star.

Diesel worked as a bouncer for roughly a decade and stated in interviews that he was involved in more than 500 fights. Working as a bouncer allowed him to do auditions during the day and study English at New York City’s Hunter College. As actors often do, Diesel drew inspiration from his days as a struggling actor for his first project, which helped launch his career. Diesel dropped out of college in order to create his first film, Multi-Facial. Diesel wrote, produced, and acted in the short film about an actor willing to play any ethnicity in order to find work. The film was screened at the Cannes Film Festival in 1995.

Diesel has been in the movie business for over a decade now and has achieved the star status that he knew he was meant to have. Diesel’s earlier work attracted Steven Spielberg, who was starting work on Saving Private Ryan, in 1998. In 2000, Diesel appeared in the science-fiction thriller, Pitch Black. His character, Richard B. Riddick would go on to star in two sequels: The Chronicles of Riddick (2004) and Riddick (2013).

The six-foot-tall actor’s most famous role to date is Dominic Torretto in 2001’s The Fast and the Furious, where he played a street racing mechanic who was being investigated by an undercover cop. The franchise did well for Diesel’s career, has a total of seven films to date. Fast and Furious 8 will be coming out sometime in 2017. The seventh sequel to the blockbuster series lost Paul Walker last year, a death that Diesel took hard but continued for Walker’s sake.

Though Diesel doesn’t have a wife, he does have a long-time partner named Paula Jimenez. They’ve been together since 2007 and have three kids together: Hania, Pauline, and Vincent Sinclair. Keep an eye out for both of Diesel’s upcoming sequels, both set for release in 2017!