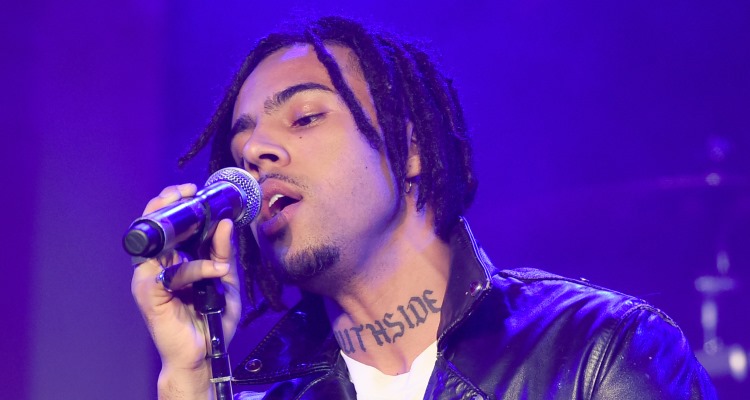 Chicago rapper, Vic Mensa announced his debut album, The Autobiography, which launches this month. The artist is excited for his fans to hear about it and he took to Instagram to say, “It’s such an honor to be giving you all my debut album, The Autobiography.” If you’re wondering who is Vic Mensa, and want some fun facts about the rapper, we’ve got all you need to know right here in our Vic Mensa wiki.

“This is my blood sweat & tears, i’m so infinitely grateful to everyone that’s been here with me for the ride. A lot of you were down with me when I was going through some of the hardest parts of my life, and I wrote an album about them, my debut album.” Mensa took to social media to share his excitement about his new album, and expressed his love for those who support him. He dedicated the album to those people, and called it a true story. Vic Mensa’s album is set to hit stores and iTunes July 28, 2017.

THE AUTOBIOGRAPHY 7.28.17 It's such an honor to be giving you all my debut album, The Autobiography. This is my blood sweat & tears, i'm so infinitely grateful to everyone that's been here with me for the ride. A lot of you were down with me when I was going through some of the hardest parts of my life, and I wrote an album about them, my debut album. I got so much love for the people that support me and I really did this album for y'all. Based on a true story.

Vic Mensa’s age is 24 and the young hip hop artist has been writing music since 2009. Vic Mensa’s parents are Ghanaian (on his father’s side) and Caucasian American (on his mother’s). Some fans have been asking if Vic Mensa is gay because of his open support of the LGBTQ community, but the rapper has consistently spoken about his relationships with women in his songs, so that rumor at this point has no merit. Vic Mensa’s girlfriend in 2016 is still unknown, but he spoke of her in an interview with Billboard last year saying, “I got a girlfriend. They always talking about why I always have a girlfriend and it’s not that like I need to or just plan to have a girlfriend. I just met somebody that I’m really into and so I’m with her.”

Born Victor Kwesi Mensah, he grew up in the Hyde Park neighborhood of Chicago and began to issue some solo music while being a member of Kids These Days. When the group broke up in 2013, he began to make a career for himself. He formed the SAVEMONEY crew that same year, and appeared on various mixtapes like Chance the Rapper’s Acid Rap, and his own solo mixtape, Innanetape. He joined major-label artists J. Cole and Wale on their 2014 What Dreams May Come True tour. He’s kept busy since his breakout into the music industry, releasing a hit single “Down on My Luck” on Virgin Records, and appearing alongside Sia on Kanye West’s single, “Wolves.” Vic Mensa’s net worth is reportedly $2.0 million, but with a debut studio album on its way, that number could spike!

it's a capsule not an EP!!! The Manuscript link in bio album on the way… we almost there!

When Mensa was a teenager he nearly died twice! The first time was after 15,000 volts of electricity shot through him when he fell off a 30-ft. bridge sneaking into Lollapalooza. It only took three days in the hospital before he flew to New York City to get back to work. Two years later, on his way home from the studio, a wheel of the car he was driving hit a pole on the expressway, causing him to spin out and wreck the car. It’s because of these reasons that Mensa tattooed the words “Still Alive” on his stomach. “I say that knowing it’s not a coincidence that I’m still alive. I’m still alive to change the world and do things that are significant. I don’t know what they all may be, but I was put on this earth for a reason,” he said.

Vic Mensa’s songs from his new album are listed below, but fans already got a sneak peek of Vic Mensa’s “Wings,” the 10th track, which he worked on with Pharrell and Saul Williams.

Check out the following video to get an idea of his new sound!

I hid the tracklist for #TheAutobiography in some of my favorite books at @bucketoblood in Chicago… If u can put the puzzle together i jussst might play u the album ? p.s. the album cover is hidden in there too