Vanessa Grimaldi is one of the frontrunners for Nick Viall’s heart in The Bachelor season 21. She’s got a long journey on the show, and the drama seems to have taken a toll on her. If you’re not up to date with The Bachelor, consider yourself warned, because this piece contains spoilers.

Monday night kicked off a brand new, drama-filled episode of The Bachelor season 21. As the number of girls is wittled down to six, the competition for Nick Viall’s heart intensifies. The pressure got to some of the ladies and tears were shed. This week, The Bachelor goes to the scenic island of St. Thomas. But with emotions running high, the ladies couldn’t enjoy the island’s beauty. According to Reality Steve, Vanessa Grimaldi not only gets to the final four, she is the ultimate winner of The Bachelor season 21. This week, she is chosen for the group date where Vanessa and the other girls each face fears that they’re relationship with Nick isn’t progressing. Who does Nick Viall pick on The Bachelor? That’s the question on everyone’s minds. Check out what went down with Vanessa on The Bachelor in week 6.

Vanessa and the Ladies Get Frustrated on the Group Date

It’s only week 6 on The Bachelor and last night was the most dramatic episode yet! Not only did we see the culmination of last week’s drama between Taylor and Corinne, last night saw a record number of eliminations for one episode. By the end of the episode, only six girls remained: Vanessa Grimaldi, Corinne Olympios, Raven Gates, Rachel Lindsey, Danielle Maltby, and Kristina Schulman. They get a rude awakening when Nick confesses he’s afraid of another failed relationship. The episode ended ambiguously, with a lot of tears and the ladies wondering if Nick is going to continue with The Bachelor.

After an underwhelming talk between Taylor and Nick in New Orleans, Jaimi, Josephine, and Alexis are sent home. The rest of the girls are whisked away to the beautiful island of St. Thomas. Kristina wins the one-on-one date rose, while back at the hotel room, Vanessa is boring the ladies with numerous island facts. Looks like she’s trying to land a job at the St. Thomas tourism board!

Vanessa then joins Rachel, Raven, Corinne, Jasmine, and Danielle M. on the group date. Nick and the girls have one too many shots, and the girls compete in a volleyball game. But the stress of the competition gets to be too much for girls at this point, and the volleyball game starts to unravel into an emotional breakdown for everyone.

Corinne is a little too drunk and —once again— stressed by the physical activity (but drunk Corinne wandering around was the only comedic relief tonight). For the other ladies, the morale is low, and Rachel decides she’s not playing volleyball anymore. She says she’s sick of trying to get Nick’s attention, which sets off a chain reaction among the other girls wondering why Nick isn’t paying more attention to them.

Vanessa is the first whose emotions spiral out of control. After Rachel’s outburst, the 29-year-old broke down in tears and wandered off. She rants to the camera while crying, calling the show’s process “annoying” and having to deal with all the drama and gossip for her quest to find love on reality TV. Soon after, Jasmine ends the game by shoving drunk-Corinne in the sand, and the girls find their own corner on the beach to cry. Only, Corinne does what she does best —she takes a nap.

Later that night, Nick talks to Rachel and convinces her to not leave the show, while outside, Jasmine is talking incessantly about how Nick isn’t spending enough time with her. Vanessa and Raven note that she’s going to create some big drama. And they were right. Jasmine had a one-on-one chat with Nick where she drunkenly rambled on about herself. Then, she threateningly demonstrated that if he doesn’t spend time with her, she’ll choke him, managing to add it in sexual context, which only made things more awkward. As Raven and Vanessa feared, Nick sent Jasmine packing, and intensified the competition.

Vanessa Turns into The Bachelor Forecaster

When you’re stuck in a hotel room while two ladies go on a date with the man you’re hoping to marry, you can’t help but place the odds on which of the two women are going home. Vanessa and the other ladies have an intense discussion about Whitney and Danielle L. as they head on a two-on-one date with Nick to a remote island.

The last two-on-one date was in the swamps with voodoo and psychic readings going on, and it didn’t go so well. Well, neither did last night’s two-on-one date. Nick is shaken by his talk with Jasmine and is questioning whether his relationship with the other girls is progressing.

Vanessa predicted that Nick would let Danielle L. stay because she believed he had developed a stronger connection with her than with Whitney. The special education teacher then became nervous and afraid that Nick would question their relationship, as well. Though her thoughts are on point, not even she could fathom the extent of Nick’s emotions.

Danielle L. is the second woman to tell Nick that she’s in love with him, and his expression said it all. He tries to let her down gently, and tells her she’s the one he wanted to fall in love with, but he can’t reciprocate her feelings. Danielle L. seemed blindsided by his decision and was seen in the cab brokenhearted as she left. Back at the hotel, Vanessa and the ladies learn that both Whitney and Danielle L. were sent home, making them even more stressed out.

Meanwhile, Nick is wondering if the problem is really with him. He barges into the girls’ room, shocking the unexpecting girls, before dropping yet another bomb. He explains to them that he’s afraid his love for them will fall flat and the fear of the relationship not working out is coming in the way. With that, he leaves leaving six frozen women in his wake. Vanessa is stunned into silence while Raven tries to make sense of Viall’s words.

Next week’s preview shows Vanessa and the girls getting more emotional as they wonder if Nick is going to continue with the competition. If Vanessa is going to be the one who wins The Bachelor, we’re sure Nick’s not going anywhere. Only six girls remain, which brings us one step closer to the final four. Don’t miss the high-tension drama in next week’s The Bachelor season 21, at 8:00 p.m. EST only on ABC. 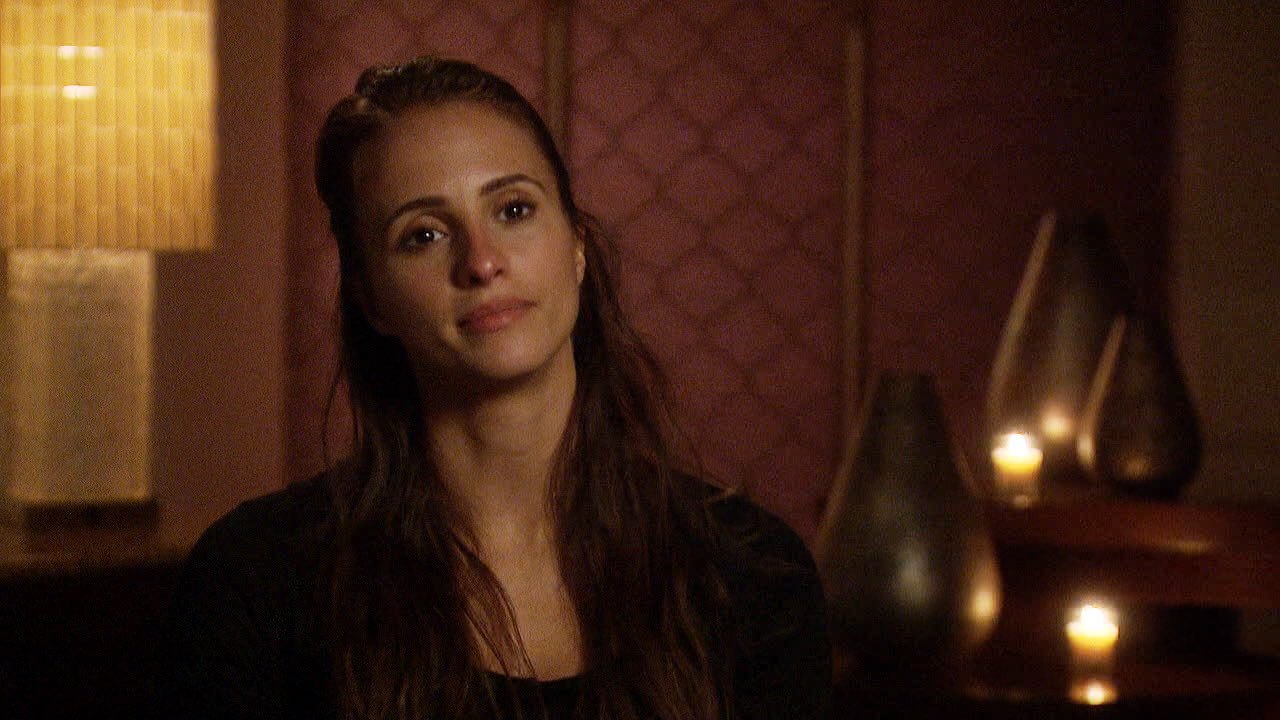