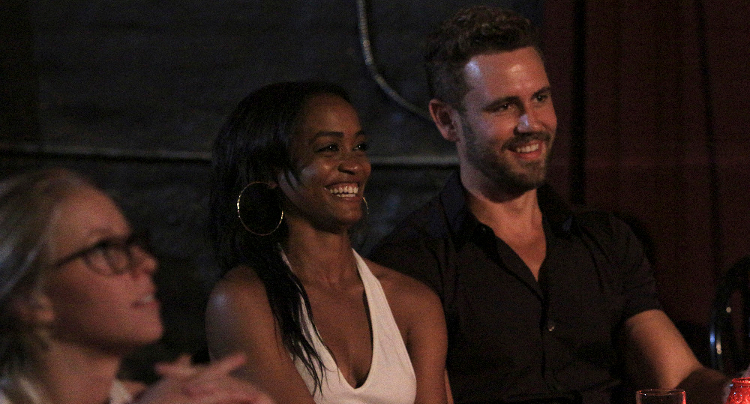 The Bachelor kicked off week 5 with all-new drama. The 30 contestants were whittled down to 15, and then just 12 women. One of them will win Nick Viall’s heart at the end of The Bachelor season 21.

Week after week, the hopefuls for Nick Viall’s heart are narrowed down until we get to the winner of The Bachelor season 21. The lucky lady has already been decided, but we have a long time to wait until we see who wins. However, according to Reality Steve, the go-to place for all news Bachelor, the wait doesn’t have to be that long. If you are eager to know which ladies will make it to the final rose ceremony, and who Nick Viall will pick to end his string of unrequited love on reality TV, we’ve got all the details right here. Those who want to wait and watch the entire season unfold might want to stop reading this article right now, because it contains some major spoilers for The Bachelor season 21.

The 29-year-old is a native of Montreal, Canada. Besides being a special education teacher, she’s fluent in French and Italian. Not just that! She also has a small IMDB page of some acting credits. She has worked in shows like Being Human (2015), Blue Mountain State (2010), and Ascension (2011). Vanessa has a sister, Melissa, and a brother, Patrick. Compared to Nick’s family, which consists of 11 siblings, Vanessa’s family seems pretty small.

Vanessa has had an interesting journey on The Bachelor. So far, she has an understated chemistry with Nick. She got her first one-on-one date with Nick early on in the season, on an out of this world experience. Nick stepped up his game with this solo date by taking Vanessa on a zero-gravity plane. It looked like they were enjoying themselves until she got a bout of motion sickness. It didn’t ruin the date though. Vanessa throwing up in a paper bag actually brought her and Nick closer.

Is Vanessa the Real Winner of The Bachelor?

Reality Steve may or may not be right about the winner of The Bachelor. The winner’s identity is still being kept under wraps, and the ladies are prohibited from giving interviews until the Final Rose. Reality Steve claims Vanessa and Nick will be just another Bachelor statistic. After all, she lives in Canada and he moved to Los Angeles, so making it work won’t be easy.

Another reason some question Vanessa’s stipulated win is Nick’s relationship with Corinne Olympios. The female version of “Bad Chad” is a frontrunner who is said to make it to the final four. The multi-million dollar heiress has ensured to be the center of Nick’s attention as often as possible. She initiated the first kiss of the season, has missed a couple rose ceremonies in favor of beauty sleep, went topless, and had fights with nearly all of the other contestants.

Until last night’s (January 30) episode, Corinne’s archenemy was Taylor Nolan, the mental health counselor. Taylor was of the opinion that Corinne has no emotional intelligence, though Corinne believes she has “intelligency.” The two were stuck in an endless cycle of interrupting and “re-interrupting” each other, until they were chosen for a two-on-one date in a Louisiana bayou. During the date, Corinne gloriously played the victim card and threw Taylor under the bus. Nick believes her, and sends Taylor packing. But she doesn’t take things lying down and returns to The Bachelor mansion to give Nick and Corinne a piece of her mind. The mother of all cliffhangers!

Vanessa has maintained an air of confidence, dignity, and mystery without any sexualized antics, whereas Corinne will stop at nothing to get Nick’s attention. While Corinne’s antics grate on the nerves of her fellow contestants and most viewers, it appears to do the trick for Nick. He has consistently saved her from elimination, despite having his motives with her questioned, and her skipping out on two rose ceremonies in order to nap.

As the season progresses, Corinne’s nemesis will become Vanessa. Bachelor gurus claim that there will be tension between the two frontrunners making Corinne’s beef with Taylor look like a petty argument.

Rachel Lindsey, the attorney from Dallas, is one of the few contestants in her 30s, and therefore closest in age to 36-year-old Nick Viall. She got a one-on-one date with Nick in episode 5, after winning the coveted first-impression rose at the start of the season, as well as a group date rose.

Raven Gates has also been a frontrunner since meeting Nick’s sister. Fans fell in love with her after she admitted to beating up her cheating ex-boyfriend with the other woman’s stiletto. She also got to meet Nick’s family who all seemed to like her.
Whether or not Nick picks Vanessa as this season’s winner is anyone’s guess. We’ll have to watch The Bachelor season 21 to know for sure. Don’t miss The Bachelor season 21, Mondays at 8:00 p.m. EST only on ABC.