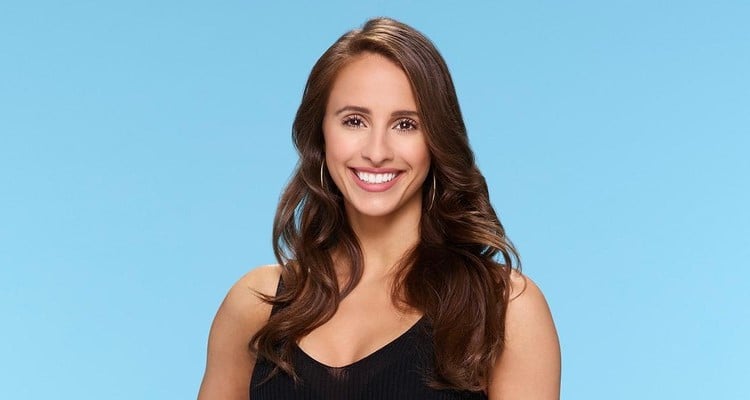 Vanessa Grimaldi, The Bachelor contestant, is getting a bit of attention now that she’s one of the many women vying for Nick Viall’s affection. Fans of the Canadian special education teacher have been stalking the new Vanessa Grimaldi Instagram account, after the old one was deleted.

Vanessa is looking for love, just like everybody else, but she has a lot of competition to deal with. Fans will have to wait and see what kind of person she is and just how compatible her personality is with Nick’s. But in the mean time, we’re giving you a glimpse into what this teacher looks like on her off hours.

She may have stated that she’s afraid of sharks in her Bachelor profile, but that doesn’t seem to be the case in this photo. Vanessa may be swimming alone for now, but if all goes well for this bachelorette, then she and Nick can run off into the sunset together. How about a wedding on the beach?

All Dressed Up and Somewhere to Go

The caption couldn’t be more right! Fridays are great, but thanks to this brunette beauty, our Mondays are looking up and we have another reason to rush home after work! If Vanessa plays her cards right, she could be getting dressed up for Nick—as his wife! No pressure, but we do love seeing Canadian-American couples, like Blake Lively and Ryan Reynolds. Could Vanessa really be the one for Nick?

Spring is in the Air

One thing is for sure: Vanessa has some serious style! You can’t go wrong with ripped jeans, an off-white top, and a few accessories. She’s in great shape and her followers have nothing but flattering things to say about her look.

How could Nick resist a leopard-print top and matching boots?! Vanessa is proving once again that she’s got the look. Does this girl ever have a bad hair day? Seriously!

We’re getting some serious Can’t Hardly Wait-Jennifer Love Hewitt-vibes right now! And we can’t hardly wait to see who wins this season of The Bachelor!

After striking out numerous times in the Bachelor series, Nick finally has a chance to choose who he wants to spend the rest of his life with, finish his sentences, and tell him if his looks like crap. All girls have to fix up their guys at some point, but it’s only because they care. So far, there’s no telling where Vanessa is in the series. She could be the winner or she could have already gone home by the time we get to episode five!

Vanessa wants someone whom her family will love just as much as she does, and Nick is no Chad, which is a good start so far! But she’s not the only Canadian looking to put a ring on it, which means we get to see just how nice Canadians really are.