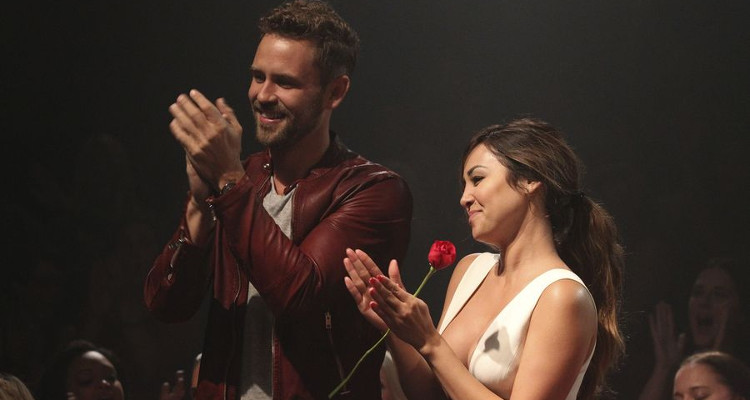 The Bachelor season 21 is getting heated, as Nick faces fresh drama from the remaining bachelorettes in episode 6. Tonight, he will be forced to make difficult choices and apparently ends up in tears over frustration!

Millions of viewers across the country tune in each week to watch this season’s Bachelor, Nick Viall, as he continues his search for true love. The 36-year-old Bachelor alum is apparently close to breaking point this week, after a contestant makes him worry about finding love. The Bachelor episode 6 picks up where the last one left off, with Nick eliminating Taylor after the awkward two-on-one date in New Orleans. Not one to give up so easily, the 23-year-old mental health counsellor returns to crash Nick and Corinne’s dinner date! After a heated exchange, the remaining nine bachelorettes fly off to the tropical beaches of St. Thomas in the Virgin Islands for a group date that doesn’t end particularly well. Keep reading to find out more Bachelor 2017 spoilers!

Die-hard fans of the wildly popular ABC show watched bewildered as Nick sent Taylor packing in last week’s episode. The former software salesman was forced to end the unpleasant drama between Taylor, a Johns Hopkins alumni, and the spoiled rich girl, Corinne. Following their awkward two-on-one date in the bayou of New Orleans, the feuding duo had an epic swamp showdown, leaving Nick no other choice than to eliminate one unlucky lady. However, viewers haven’t seen the last of Taylor because in tonight’s episode, the headstrong brunette storms back to interrupt Nick and Corinne’s date. Apparently, Taylor gives Nick a piece of her mind, which leaves his “blood boiling” as he chooses to stay firm in his decision.

A visibly annoyed Nick then decides to cancel the cocktail party, opting instead for a surprise rose ceremony, which ends in the elimination of Jaimi King, Josephine Tutman and Alexis Waters.

Kristina Gets the Coveted One-on-One Date

Following the shocking rose ceremony, the nine remaining bachelorettes head to the breathtaking tropical islands of St. Thomas in the Virgin Islands. In an unexpected turn of events, Russian-born beauty, Kristina Schulman finally gets to spend some alone time with Nick. The 25-year-old dental hygienist has been a frontrunner since the beginning, and The Bachelor audiences have been curious to learn more about her interesting background. Nick and Kristina open up about their past as she reveals that life has not always been easy for her. Make sure you don’t miss Kristina’s heartbreaking revelation on The Bachelor week 6!

Six Ladies Compete for Nick in a Volleyball Group Date

After spending a fun day with Kristina and learning more about her “mysterious past,” Nick and six lucky bachelorettes head off on a relaxing group date at the beach. The six contestants are divided into two teams and pitted against each other in a spirited game of volleyball. What started out as a fun date, quickly turns awkward as the pressure of The Bachelor finally gets to Vanessa. The 29-year-old special education teacher is not only a top contender of The Bachelor 2017, she is even rumored to be the winner this season. 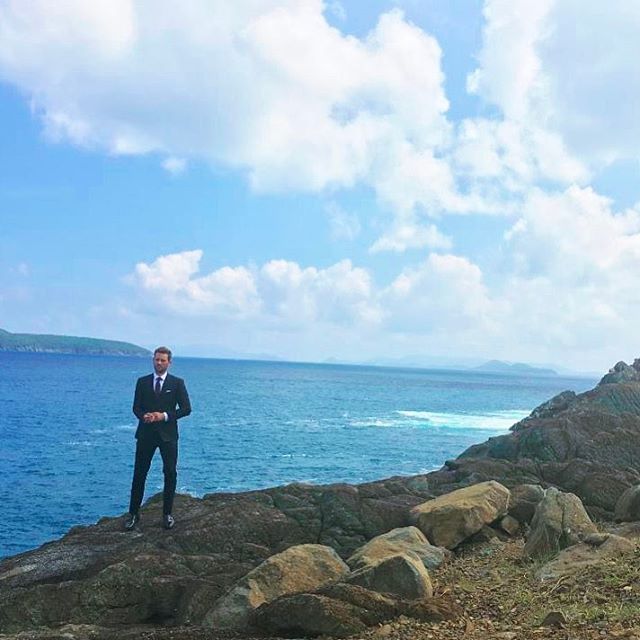 However, things don’t seem to be looking too good for Vanessa as she breaks down in tears, fed up of the various challenges. In a sneak preview, a tearful Vanessa is seen saying, “How can my relationship get to another level when all Nick is experiencing is me being competitive at a volleyball game?” The messy situation quickly spirals downwards, and more women shed tears voicing their concerns about the way The Bachelor season 21 is progressing.

Also Read: Where is “The Bachelor” Filmed? Nick and His Lovely Ladies Travel Cross-Country to Find Love

Meanwhile, Raven wins the group date rose. The Bachelor blogger Reality Steve reports that at the cocktail party the same night, Jasmine tells Nick she slept with one of his friends in an attempt to get some attention. However, Nick is unfazed, and sends her home without a second thought. 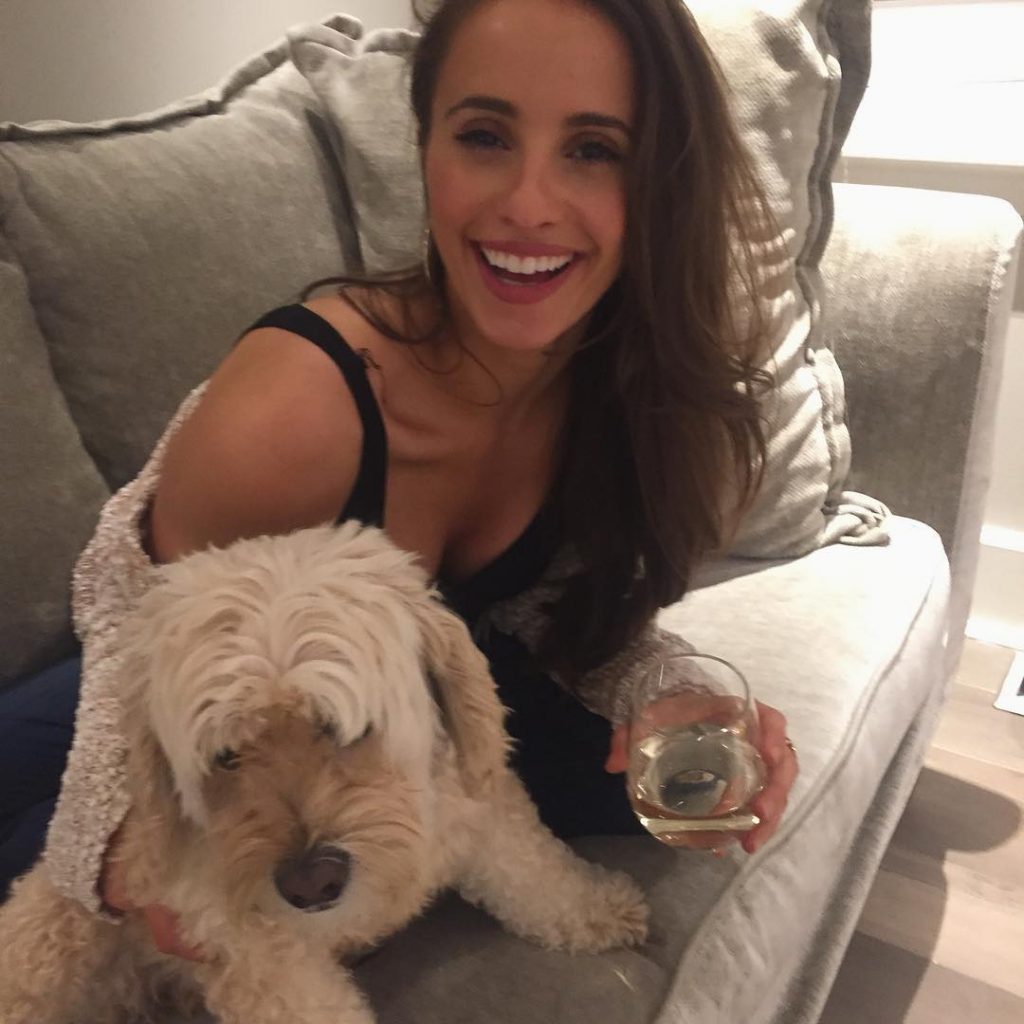 Nick Breaks Down after an Unexpected Two-on-One Date

After the newfound revelations, Nick recovers in time for his second two-on-one date with The Bachelor contestants, Whitney and Danielle L. Going by The Bachelor‘s history of awkward two-on-one dates, it’s safe to say that this one doesn’t end well. The trio head off in a helicopter to a private island for a romantic getaway. Unfortunately, Nick eliminates Whitney and flies back with Danielle L. The Bachelor season 21, week 6 spoilers reveal that Danielle L. feels confident enough about her chances to declare her love for Nick, who doesn’t take the news well. After eliminating her as well, Nick gathers the remaining six bachelorettes and breaks down in tears, worried that he may not find love on his fourth Bachelor stint. The Bachelor episode 6 ends on a sad note with contestants worrying about their future with Nick and finding true love. 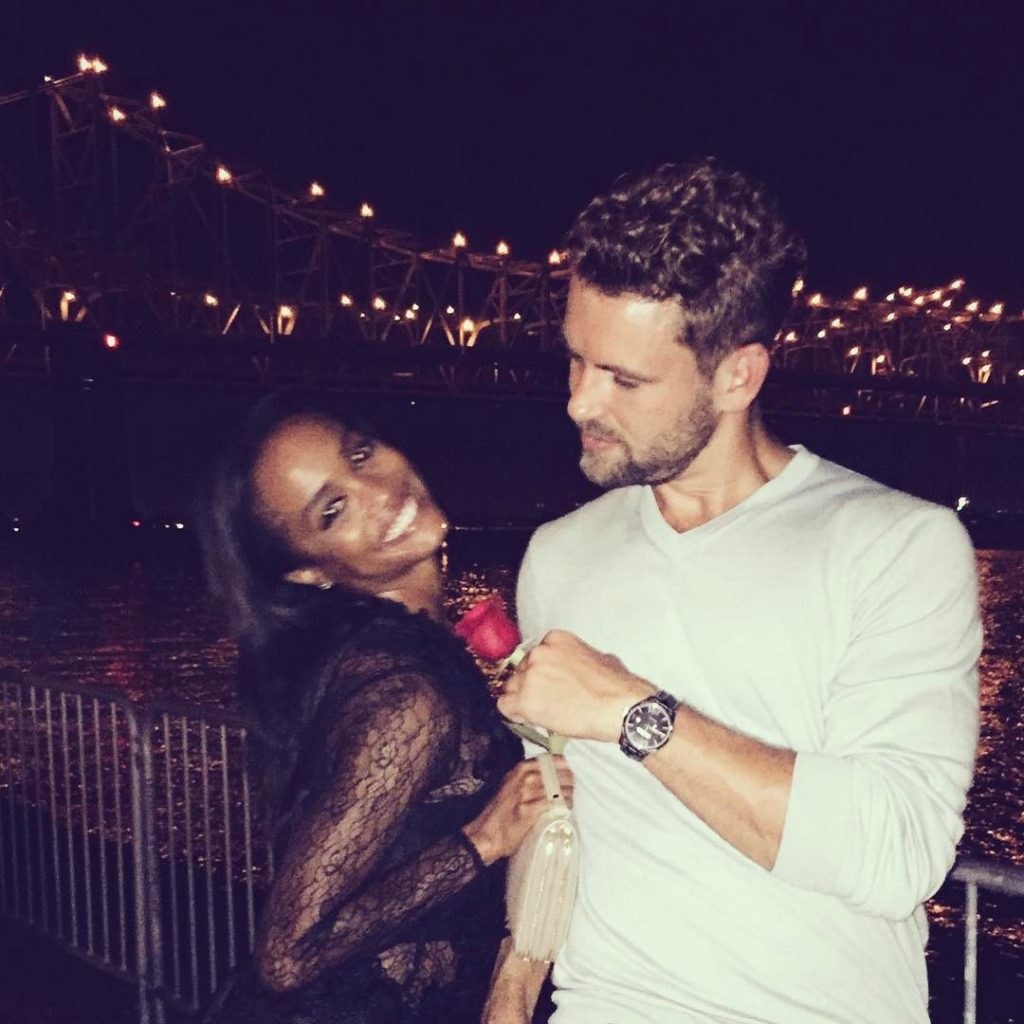 Also Read: “The Bachelor” 2017 Spoilers: Get Ready for 3 More Eliminations in Week 6!

Hopefully, things begin to look up in The Bachelor week 7, as the remaining contestants head off to the Bahamas. According to Reality Steve, Corinne tries to seduce Nick, but he turns her down. Also, Vanessa goes on her second solo date with Nick, and they swim with sharks! Reportedly Nick sends Kristina and Danielle M. home.