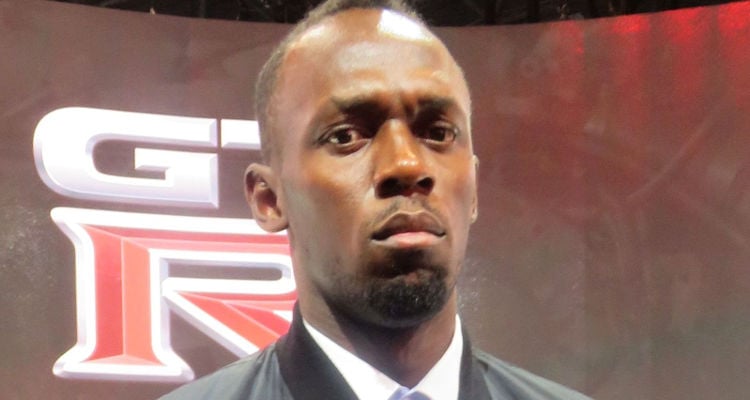 Hollywood celebrities are constantly surrounded with dating controversies, and fans all over the world want to know even the tiniest details of their love life. Athletes are no exception to this rule. Recently, one athlete in particular who is in the limelight for his dating life, is Usain Bolt and many are curious about the details. If you also have questions like, “Is Usain Bolt single?”, “Who is Usain Bolt dating now in 2016?” and “Who is Usain Bolt’s girlfriend,” then you have come to the right place, because we will help you solve the mystery.

Usain Bolt is a Jamaican sprinter and has earned six Olympic medals after winning the 100m, 200m and 4x100m at the Beijing Olympics in 2008 and the London Olympics 2012.

If you want to find out information about Usain Bolt’s dating timeline and Usain Bolt’s wife, then you need to keep reading.

Usain Bolt has been linked to many different women and although nobody was sure about his dating life, he recently surprised his fans by uploading a photo of him with a girl! The caption read, “President and First Lady.” A few months back during one of his interviews, he was asked about his love life and he answered, “I have tried my best to keep it on a certain level. I have explained to her that when it comes out it’s not gonna be as she thinks it’s gonna be.”

“A lot of people will try to attack her so I tell her to just take it easy and let’s make sure that you’re ready for this.”

After posting the photo on Instagram, he confirmed in an interview that the news was true, and that he was seeing a 26-year-old Jamaican woman. Although he did not reveal the name of his lady love, he said the following, “I actually do have a girlfriend”. He further added, “There is no competition for me. I’m tall, I’m handsome, I’m dark, I’m the greatest.”

He never reveals or gives out much information about his private life but he has been linked to many women before, including Megan Edwards. Even though he tried to hide his dating life, the news got out some way or another. Take a look at his dating timeline.

Although nobody is sure about their relationship, there is a rumor that Usain dated or hooked up with Megan Edwards in the year 2012. There are less sources to prove the news, but it’s possible they actually dated. Who knows!

She is a Slovakian fashion designer and Lubica and Usain started dating in November, 2011 but ended their relationship in May, 2012.

Again, this one is a flying rumor and no source ever had confirmed their relationship. However, they were rumored to be together for a couple of months. Other women Usain reportedly dated included, Taneish Simpson and Mizicann Evans.